I'm totally not afraid of clowns, but there might be some people who are.

Hello. You don’t know me. I’m sure you’ve seen me walking my adorable silky terrier past your place on the 4300 block of Farmdale Avenue from time to time. Nice place you’ve got, by the way. Very well maintained yard, and simple, tasteful decorations appropriate to whatever season is at hand.

Except, there is this one decoration, actually. It’s a clown, and it’s about three feet tall, and it has a facial expression that says, “I know I’m terrifying and your fear only makes me stronger.”

I’m not going to say that that the clown is FRIGHTENING, at least not to me, since I am an adult and being afraid of a Halloween decoration would be silly. I’m just saying that, for SOME people, if they were walking down the street at night, and weren’t paying much attention because they were playing Words With Friends on their iPhone, and then looked up and SUDDENLY there was a one-half scale evil being twisting slowly in the breeze blocking their path, it MIGHT have a disquieting effect, almost as if had some magical cloaking properties intending to mask it from perception until just the right moment in order to provoke the most concentrated essence of terror from a person. 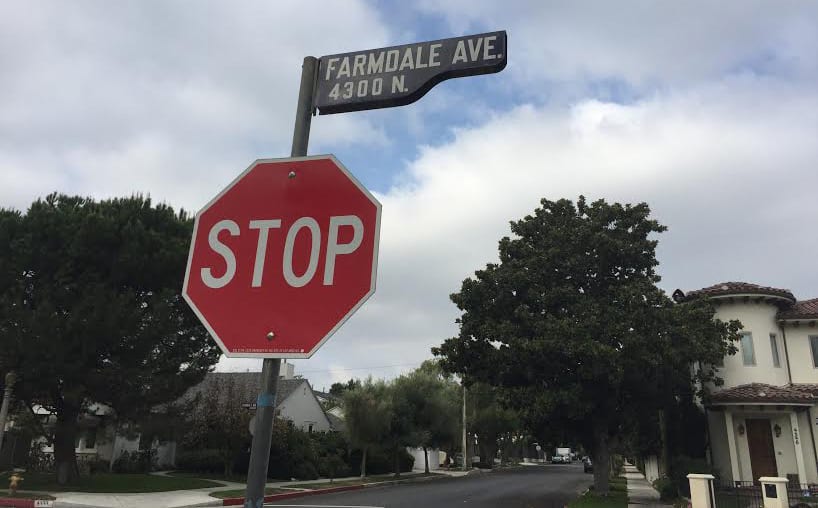 Everyone deserves to feel comfortable in their own neighborhood, especially, you know… the children.

And, of course, as a grown up, I know that, if I look away from it, it’s not going to suddenly come to life. That’s ridiculous. I do always say better safe than sorry, which is why I make a point of not blinking nor looking away from its steely, knowing eyes even for an instant as I walk past, slowly turning my head and ultimately walking backwards, putting my own safety and the safety of others at risk for the sake of not having to ever find out the answer to that question.

Is it possible that you’ve rigged it in such a way that the head moves slightly as a person walks by? Probably not. Right? I mean I certainly hope not, as that seems like an unnecessary expense for just a frightening decoration.

You know, maybe it’s not even meant to be frightening. Maybe I’m projecting my internal biases onto it. Maybe it’s a happy clown who has great heart and pure intentions but grew up in a rough neighborhood and just had some acid thrown in its face or has some horrible, horrible scars that makes its lips permanently curled into a deadly smile that merely appears to express intent to devour but really he’s just saying, “Hello! I hope you have a great Halloween!” I mean, maybe I should feel bad for him? Should I call it a him? Or just call it an “it?” Oh, no, I definitely should not do that.

Sorry, I'm back. I just needed a safe space to sit in while I breathed into a paper bag and thought about downy, yellow ducklings waddling through a field with wreathes of posies about their heads. It’s just a thing I do sometimes. Writing can be so stressful, amiright? Yeah, you know what I’m talking about. 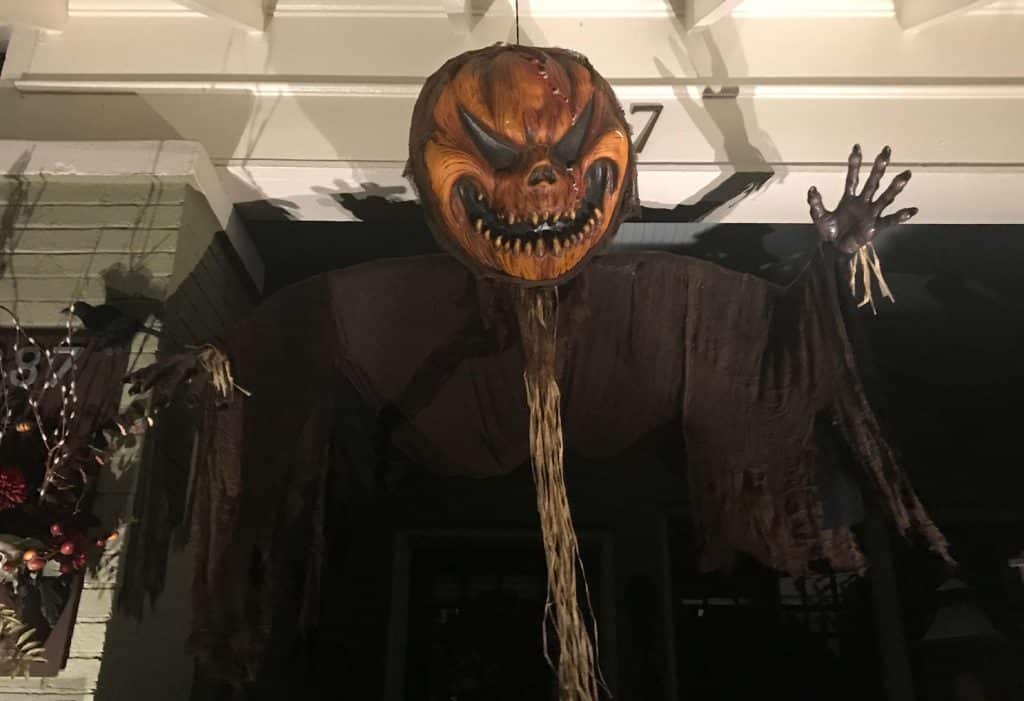 What happened to using a pumpkin as the main theatrical device in all Halloween decorations?

Look, all I’m saying is that, the reason I cross the street three houses before yours and don’t cross back until that crime against humanity is out of sight is not because I think your decoration is inappropriate or unappealing or something. It’s because you have this neighbor who, sadly, lives on the OTHER side of the street, and has a beautiful rose garden. I really enjoy the way the roses look in mid-October, when they’re only partially alive. It’s just something I find particularly lovely that time of year.

Also, I think that most of us would agree that, even though, of course, we know that a three foot tall evil clown doll is NOT going to become sentient, not after all this time anyway, it’s still respectful to walk far enough away to give it, I mean him, space. That way if he did suddenly gain sentience, he would be free to move about within a pre-determined radius that would in no way encroach on the movement of others or their rights as Americans to not have sharp, sharp clown teeth tearing through the flesh of their face.

That rope is really thick, right?

I also wanted to bring up the point that there are many people in the world who make a living from clowning. Don’t you think that by perpetrating the stereotype of “the evil clown,” you’re minimizing their earning abilities? How do you think it makes them feel when all they want to do is bring joy to others by hiding their identities, putting on threadbare clothes, and hanging out with children? Do you have some sort of anti-clown agenda? Why do you hate clowns so much? And children? Why do you want the children to cry?

I for one am NOT going to cry, because I have trained myself not to show emotion or fear. Because, you know, they get off on that. They can sense it and it makes you easier to locate. I know what you’re saying, this isn’t really about your decoration at all; it’s about my own psychological state. That “normal” people don’t have clown-a-phobia. I know there’s an actual, scientific word for that but I can’t remember it right now and I’ve learned the hard way that it’s going to ruin my day if I Google “fear of clowns.” Man, there are some messed up people out there.

Which brings me back to you. I’m sure you are fine, upstanding people; contributing citizens and whatnot. But don’t you think that five or six years in a row of the SAME old boring decoration is enough? I mean, the average selling price of a house on your street is 750k. And though we live in the apartments at the end of the block and could never dream of such wealth, hey, we don’t judge. Not one bit.

But you’re telling me you don’t have the dough to cough up for something new? What about one of those witches who’s been drinking and flying and crashes her broom into a tree? Those are HILARIOUS. I’m pretty sure the neighborhood would enjoy that for the next 10-15 years, at least. Or maybe a skeleton with a (smiling) jack-o-lantern head? Or an adorable duckling with a wreath of posies about its head? (Just please resist the urge to purchase a larger, more realistic looking scary [to some people] clown, or any of the following: expressionless dolls, leprechauns, marionettes, puppets, wax figures, or those weird monkey toys with the clapping cymbal hands.)

In summary, what I’d really like to say is: at least take that shit down by November 1st, ok? Halloween is over on October 31st, not November 15th. Come on. You’re rich – don’t you have people you can pay to do that?

Related
A Message to All Anti-Vaxxers from an Appreciative Resident in 2320
Jonathan Motney
Cuomo’s COVID-Safe Reopening Plan Expanded to All 2021 State-Recognized Holidays
Hope Reeves
A Letter to My Past Self, Currently Caught in a Time Travel Paradox
Max Davison
Resources