Don't trust anything except the little notes Steve Bannon scatters throughout the White House for me to find.

The dishonest media. People, folks, wow. It’s everywhere, all you see, the phony sources, the stories made up. Nobody is more trustworthy than me. Ever, believe me. The only place you can trust for good news, well I mean “good” like “real,” because sometimes the news, it isn’t so good. You’ve seen it, the last eight years, we’ve been living it. Horrible. Lots of bad things I was left with. Barack Obama… President Obama, Hillary. The only news sources that always give you the real news are the notes Steve Bannon leaves for me around the White House.

You people, the best people, you trust me, I trust you. Our movement, this beautiful movement, it goes both ways. The kind of things I say after I read Steve’s sentences, then you agree, and sometimes one of you wonderful, beautiful, fantastic people say something and man, I agree right away because I also knew it from what Steve Bannon scatters throughout my bedroom for me to find. Hallways, even. I read, then I see it in my mind and it’s real. Confirmed. The passion in these crowds. I’d say, the most passionate ever, maybe in history. Certainly in, well, history, certainly.

The facts come to me while I read the messages. Reputable. Get the best people on it, 99% of the time, I won’t say 100%, can’t say it, won’t say it, nothing 100% in this world, we all know that. So many times, it’s true, it happens. Then the bad. Just ask the failing New York Times, the Clinton News Network, The Washington Post—which by the way, does it even exist anymore? Poorly managed, shame. Once a great paper. Watergate. Doesn’t report facts Steve Bannon writes to me and tapes on the Oval Office walls for me to read. 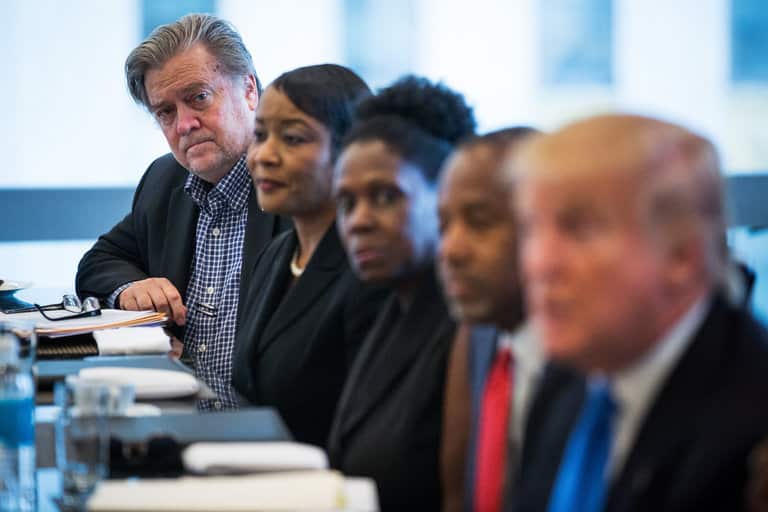 Rallies all the time prove the news Steve Bannon writes me. Person yells in my speech, I don’t get mad, I love it. This guy, he’s got the “Make America Great Again” hat and everything, so amazing to see the passion, the passion, the passion, he yells. Big applause. Almost as big, well, not almost, but you understand, like when I came out. Standing ovation. Also not reported by the hoax news industry. The hoax news… industry. Fact checked this guy and everything by my brain when I read Steve Bannon’s notes on the coffee table.

They try to trick you. Like our landslide win that was simply unparalleled, never seen before. And you know what? The Clinton News Network, I shouldn’t even say its name, they get so much free publicity from me, that’s why I made them pay me for the debates and I gave the money to the troops, I love the veterans, let’s give it up for the troops. CNN, the liars, lying, they said “untrue.” False. Incorrect. But the sticky notes from Steve Bannon know the truth. How, how… to stop this?

You get these fake news reporters, bullied, maybe, some say, I definitely think so, when they were little and now, well, you know, they see a powerful person and they can’t take it, losers. We’ll open up the books –the libel laws they’re called –the slander, the libel, and writing these horrible stories will be illegal. And we’ll sue them. Money, so much of it, you wouldn't believe. 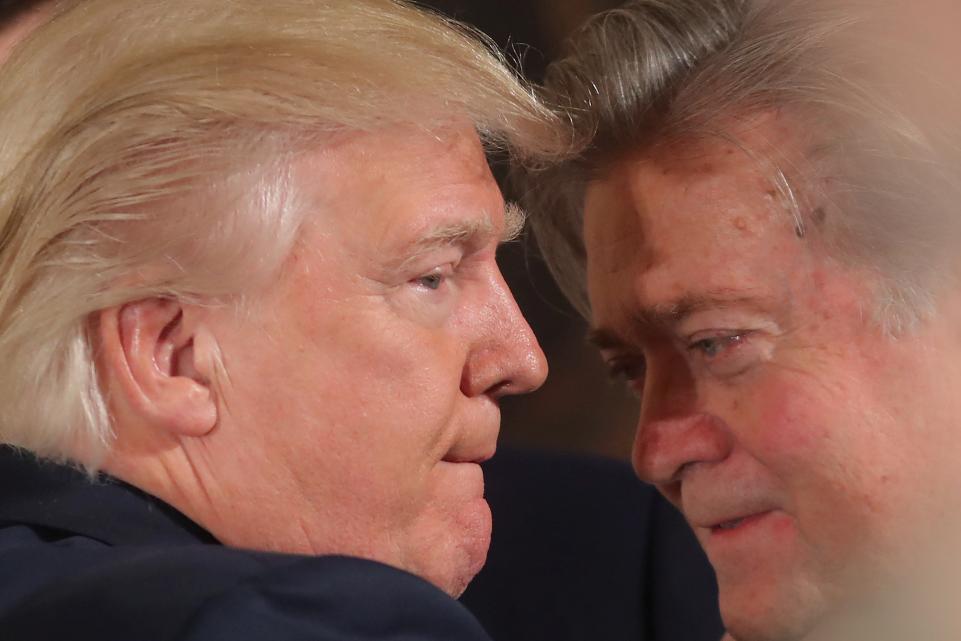 Steve Bannon’s notes, find them in my pants pockets, all you can trust. Examined. And true. So true. As true as you can get, rated true by all the unbiased fact checkers out there that Steve Bannon told me about. Neat websites he told me about, all the facts from the notes they’ve got. Accurate, true, accurate. Or I turn on Fox and Friends and I listen. I sit and I think. Confirmed.

The notes he leaves, on my pillow, my mirror, you understand, President of the United States, with the news. America collapsing, people dying, bridges falling, collapsing. So Steve Bannon’s notes give the facts and I make the decisions with the facts from the notes. In the end, presidential choices, all of them, every one, biggest ones, from me and only me. That’s what the notes say and they never lie and that’s true.

Related
I’m Not Picky, I Simply Only Want to Date Heath Ledger in “10 Things I Hate About You” and No One Else
Cassandra Kyriazis
We Only Use Murphy’s Oil Soap to Clean These Church Pews So Get the Fuck Off My Nuts with Your All-Natural Homemade Cleaner
Gary Almeter
Steven + Madison, Forever
Todd Gray
My Only Job Option Is to Play Professional Baseball
Steven Peeler
Resources