The Haters and Losers Forget I Defeated ISIS in 30 Days

Thirty days, and boom, no more ISIS. Take that, losers.

Haters and losers, folks, haters and losers. So many, they’re stupid people, ignoring the facts. Forget everything I’ve done, all the amazing things I’ve accomplished, the winning everywhere. Don’t even remember I got rid of ISIS in my first 30 days.

These people, not like my supporters, the terrific people out there at the rallies and the motorcycle brigades and the rallies. And so much winning. They hate, so much anger, so angry. Criticizing, always complaining, lying, Lying Ted, Crooked Hillary. Totally forget, completely, that I made ISIS go away… forever.

Had a plan, secret plan, you remember. Nobody else had a plan like this, I told the generals, I said to them, I said, well it’s a secret plan for a reason. You understand, plans can’t be shared, safety at risk. Public safety, government. But one month, you’ve heard the stories. Thirty days, and boom. No more ISIS. Take that, losers. 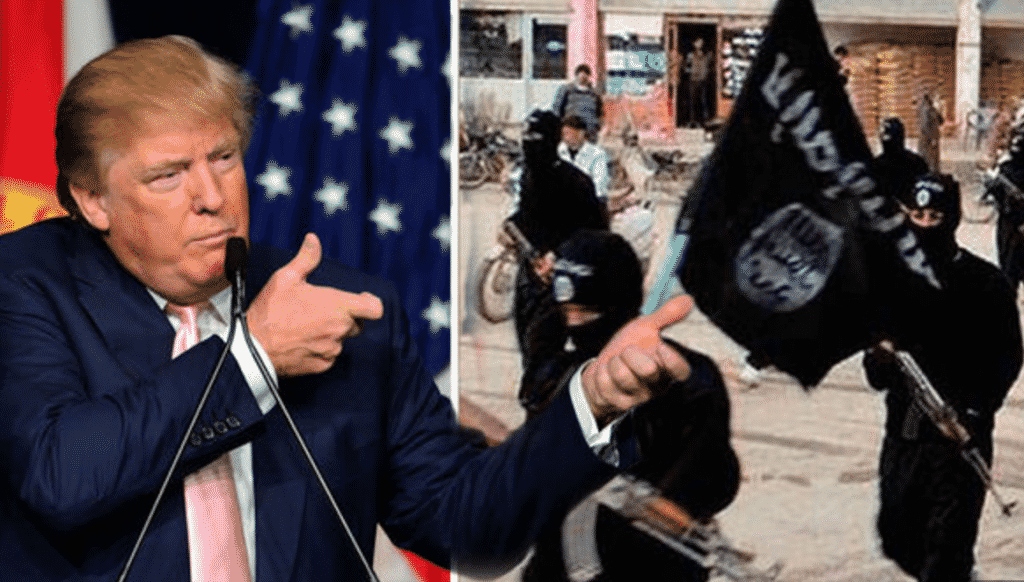 So many bombs, we just killed them all. I mean all. So dead. Never can come back. You see these cities, and just gone. ISIS. Commander-in-Chief, I deal with these things, I make the calls, and the phony liberals just can’t understand that. ISIS is gone, and the haters and losers won’t even thank me.

Distractions. Fake news media, making up stories that aren’t about me beating ISIS and fulfilling my promise. Lies, the media makes up, stories about Russia, stories about my children, stories about things you can’t imagine. Disgusting, press should be ashamed. These reporters, folks, bullied when they were younger I think. Now they’re haters, they’re losers, they attack me because I’m a winner.

I won, the losers hate winners. Happens, you see it all the time. Most electoral votes ever, that’s what the experts say, most by a Republican, couldn’t believe it, the haters denied it. All the illegals voting, and still, I still beat the haters and losers, still brought down ISIS faster than anyone ever in history, really. 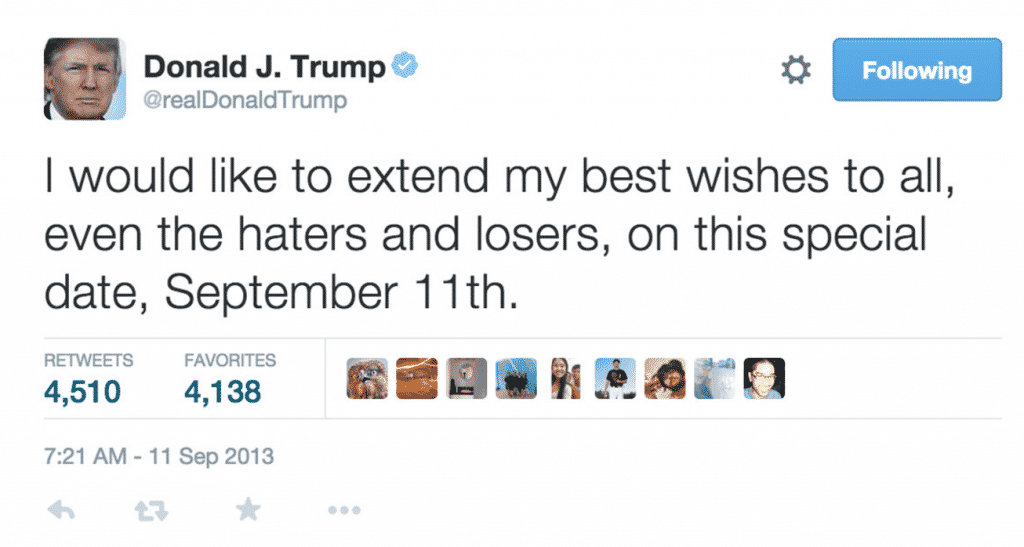 Done other things, too, media ignores. The see how amazing we’re doing, that everyone is happy, and they make up stories for ratings. Healthcare, the border wall, all this winning, and that’s not even including ISIS. Don’t even need to bring it up, but historical achievement, what a victory. Like a hero. Conquering, taking over, we got the oil. Mine now. In control, less than 30 days. Haters and losers deny it.

Don’t understand why the haters and losers keep it up. Making America Great Again, must be against it. You see them out there, they don’t understand, not sure they get it. ISIS, gone, finished, kablooey. Nothing left, nothing there. Absolutely destroyed. Record time. And there they are, with the complaining and the whining. Hillary and Obama created it, I got rid of it. Simple. 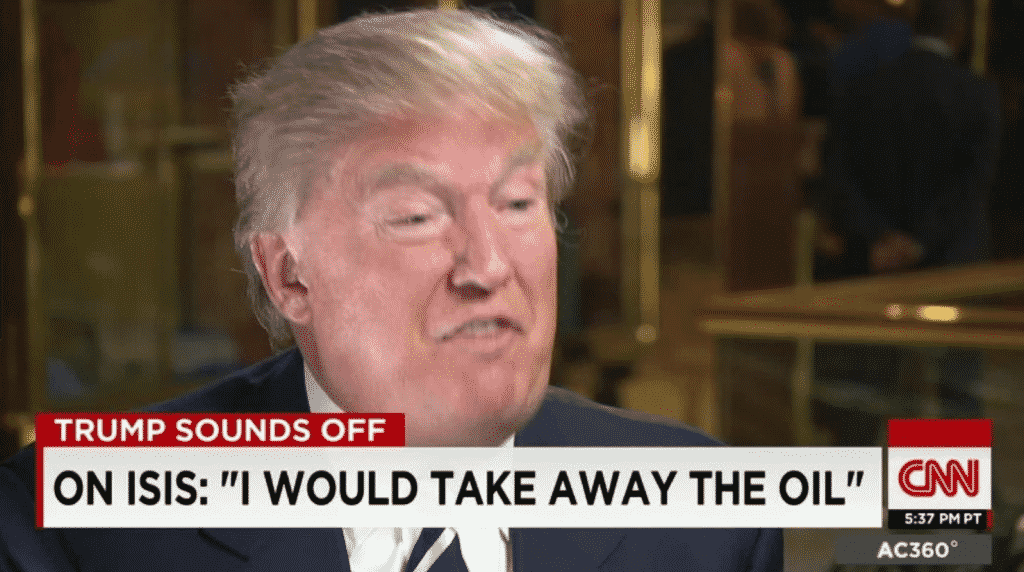 In the end though, got to forgive them, I say at least, and some may disagree, it’s not their fault. I have the compassion. Listen, listen. Not bright, they’re dumb, I’ll say it. So dumb, really. They hear what I say, they see what I’m doing, and they’re jealous. It’s sad, a real shame. Sick in the head, just don’t understand it. ISIS is beaten, kept my promise. Never broken one, ever.

Maybe they hate America and we gotta get rid of them. Who knows?

Related
You Can’t Judge a Book by Its Cover, Because They All Just Have the Same Colorful Blobs These Days
Simon Henriques
My Sports Analogies Are Much More Sophisticated than You Think, You Losers
Ben Cake
It’s Homemade Pizza Night So Forget Everything You Know
Troy Doetch
5 Ways to Forget Your Ex by Redecorating
Jeff Shermack
Resources