Prepare to compare your standing in life with people you haven't seen in years.

My 10-year college reunion has been a point of contention since the first of 18 invitations arrived at my parents' house. My mom called me up and asked, "Your school sent you some thick letters honey, can I open them?" Sure mom, I've already been accepted and graduated. What the hell else can possibly be in there? A refund check? Highly doubtful.

"They're inviting you to campus for a reunion! Oh and asking for a donation!! That's less exciting but still nice of them to invite you." As if a reunion is an "Oscar Winners Only" after-party. 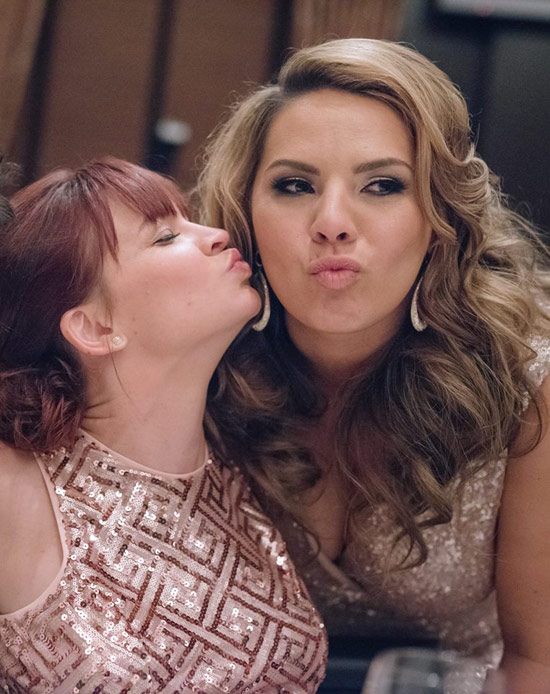 Days later I found out that a reunion really is by invitation only. Several classmates were banned from ever stepping foot on campus again. Five in fact. Definitely hooked up with three. Currently only keep in contact with two. The third officially lives off the grid deep in the Montana woods dodging the IRS and allegedly speaking to Bruce Willis daily through telepathy. You won't see his story printed on the "Where are they now?" packet. Calls made to Bruce's rep went unreturned, but in all fairness I only used my brain, not my mobile.

Welcome to reunion weekend. Come catch up with people who didn't make an effort to stay in touch, but claim to love you nonetheless. Have a beer, eat some curds, and maybe get laid in the greenhouse just like the old days.

It's customary to show up to your reunion bearing monetary gifts. My policy for giving back to my alma mater is simple: make an annual donation… just as soon as I pay off my 60k student loans. In the meantime, do not ask for more money while I attempt to settle a decade old bar tab; it's bad manners. I love my school and I want future generations to love it too, but I also don't want them to be broke and living with their parents for as long as I did. It's a liberal arts school—they'll analyze it from twenty different angles and conclude with a sympathetic understanding in my favor. Especially once they see my sorry excuse for a savings account.

Maybe I'd go to the 10-year reunion if Facebook didn't exist, but anytime I feel nostalgic I'll click on the acquaintance tab and see what everyone's up to.

Everyone is having kids.

That's literally what they're all up to.

So it's hard to ask people with families and real jobs to take a vacation day and fly to Wisconsin for a weekend. Those who stayed in the state or neighboring ones will make an honest attempt and drive up, but those of us who fled to coastal cities can't justify spending a grand on airline tickets to play 48 hours of catch-up with former professors. (SPOILER ALERT: They've been teaching and publishing more textbooks.)

I have a deeply rooted fear that reunions become a poorly planned presentation of what you've achieved. Like a modern art gallery opening with slightly different variations of the same installation…

"Well I just finished my residency in pediatric cardiology, bought a second home in Tahoe, and recently dined with the Clintons."

"That's great, here's a copy of my latest album, my trusty guitar, and the RV I travel the world in playing elite acoustic festivals."

Then they'll look at my life and discover my only claim to fame is that Amy Schumer used one of my jokes on her first album, I just haven't been able to prove it. *Crickets* Oh and I've completed nearly every improv school in existence so if you need someone to go method while pretending to be talking dinosaur I could accommodate that request pretty easily. Stegosaurus or T-Rex? You know what? I'll let the moment decide.

If body image is what's holding you back from attending, then shame on you. You obviously don't have the personality to carry the extra pounds or you wouldn't care. We're talking about the Midwest here. If you haven't gained the Green Bay 20 or the Duluth 35, how do you expect to survive the winter, much less the reunion? Bodies get soft, it's no big deal. LA's organic food culture has kept me in a size 8 (size 4 in college), but it's mostly boobs, and that holds steadfast as the most acceptable place to be squishy.

Some claim that reunions are opportunities to thank your professor or make a heartfelt apology to someone you wronged. Maybe bury a grudge and move on without that weight holding you back. I suppose we all could make an apology or two. I'm sure we'd all be owed one too, but going into it expecting some closure and not getting it may only leave you more jaded than before. We are all different people now. We've all changed. We all have a decade's worth of lessons under our belts. Chances are the guy who screwed you and other ladies over has two daughters and a third one on the way, so I'm pretty sure he's learned his lesson on how to treat women properly. No apology necessary.

Several years ago, while engaged in a huge effort to unionize my coworkers, I wrote a letter to my history professor thanking him profusely for giving me the best possible education I could ask for. He made me a better writer, a better debater, and helped me cultivate the patience to understand that there will always be idiots who don't see the benefits of a union and they will be the ones who will undoubtedly wreck your grand plans. He helped me understand persistence—that wars are never won through one battle alone, that people aren't as educated as you'd hoped they would be.

But most of all he reminded me that every vote is valuable, even the one from my current flight attendant, who has chosen to reread a backdated 2003 Vogue magazine seven times in three days, but doesn't know the grammatical difference between "where, we're, and were." One brick at a time I suppose. It may not be lunch with a former president, but with my help maybe she'll be able to understand her renter's agreement next time she signs a lease.

Regardless of how well I do financially, I will be leaving my entire estate to Lawrence University. I can only hope to be a millionaire and force upon them my plans to build an extravagant dorm with an infinity pool. Hopefully I will be able to leave them so much money that I can name the dorm something ridiculous. Can you imagine receiving your dorm assignments as a freshman and telling your parents you got assigned "Stride of Pride Hall"? Your parents will think it's to motivate you to be incredible intellectuals, but those who know the history will know the truth: that Simonne character really was a liberal thinker who enjoyed double entendres.