We Need Filibuster Reform, Which is a Shame Because I Love the Word "Filibuster"

I'm willing to give up one of my favorite words to Make America Great Again.

So difficult to get things done with the Senate always getting in the way. I still get so much done, accomplishing many things—best ever—according to the experts. But these filibusters, they make it hard. We need filibuster reform, even if it is such a fun word to say.

“Filibuster.” It’s terrific. You know, I made a joke, a hilarious joke. So funny. I said to John Kelly, the great General John Kelly, Chief of Staff, “Filibuster? I hardly know her.” I said that to him. Huge laughs. 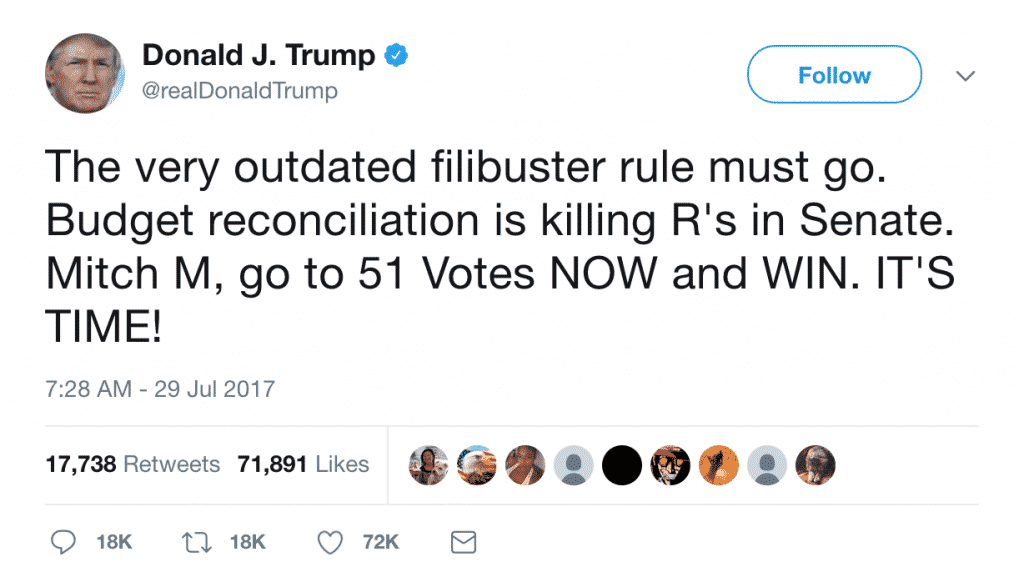 These senators—the Senate—nobody even knows all the rules. I meet people all over, nobody knows, and I mean nobody. So many pointless rules getting in way, impossible to drain the swamp. Not impossible, you understand, we’re doing it. Already done, maybe, but filibusters hold America back.

Sometimes, the filibuster—wow, what a terrific sound that has—sometimes, I would say the filibuster can be good. Necessary evil in the end, I think. Stopped bad laws under Obama, really amazing. There was one filibuster, you remember, you know the one, that was special. Saved the day. But me as president, these filibusters are bad, so bad. 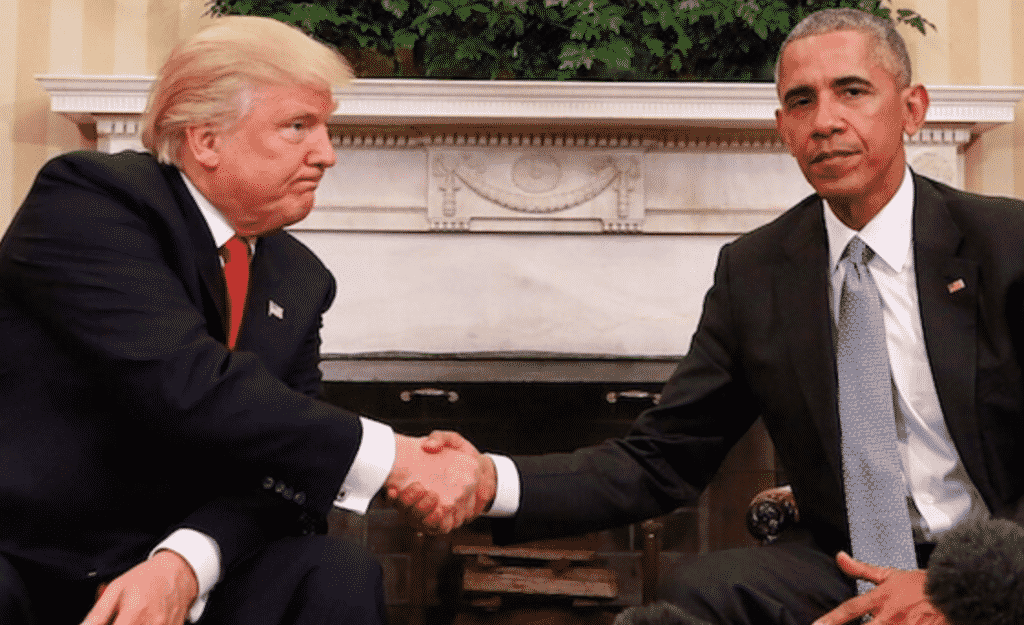 May need them in the future, though. A Democrat president, oh my God, folks, can you imagine me not being president? Crazy, almost as crazy as Crazy Bernie… almost. If I’m ever not president, if there’s ever a Democrat in the Oval Office, then we can reinstate filibusters. And everyone can say “filibuster” all they want.

Terrible. This stuff, so complicated—these rules—who has time? Not me, always working, always busy and no time for rules. So I say—according to my opinion—I would argue it’s time for them to go. Shame, really, very sad. Great word, so interesting, rolls of the tongue. Rolls.

Gotta reform, unfortunately. That’s why I’m here. Fixing the system, trimming the fat. No fatties. Dead weight, yuck. A filibuster, love to say it, but not helpful. Silly word, enjoyable, still bad for business. And all I want is to do business, and make money. Well, not me, the country—us—you get it, you understand.

Rules, words, so hard to keep track of. Good thing I’m incredibly smart, I remember these words. Hard to forget a word like “filibuster” with my tremendous brain. Moving on is necessary, though, very necessary. Hard to say goodbye, but we need to, tough decisions is my job. Good thing—lucky—I can replace “filibuster” because I have the best words.

Related
A Strongly Worded Email to Amazon from Me, an Evil Genius Billionaire, Because the Shark Tank Filter They Sent Me Was Broken
Brett Skalicky
I Am the Hiring Algorithm That Didn’t Select Your Job Application, and These Are the Words You Had to Say to Get an Interview
Emily Kling
The Zoom Call of Cthulhu: Why I Need to Work from Home
Kasia Kalinowska
I Didn’t Ruin Dad’s Funeral Because I Wore My Clown Suit, I Ruined Dad’s Funeral Because No One Appreciates My Art
Hannah Madonna
Resources