Golf helps distract me from all the losers I'm supposed to help.

The American people, folks, got so many problems. Only some of them, though, not my job to fix. Not interested in fixing them all. People bring them on themselves. Healthcare, poor, you know what I’m talking about. I ignore, as President, my job to ignore the bad ones. I can get away on the golf course and filter them out. Get lots of bad press for golf, bad, but you’d spend most of your time golfing too if you were trying to distract yourself from everyone’s problems.

These people, they come up to me, they tell me all their problems and they say only I can save them. True, probably, I would say, definitely. But not right, believe me, for the government to help everyone. Never helped me, you understand, you’ve seen what they do to me. So I get out, I avoid, problems all over. Immigrants, ISIS, economy. Gotta forget. I can do that on the course.

Golf, gotta love it. The best, I would say, probably, maybe, after football. Can’t forget baseball, national pastime, that’s what they say. I believe it. But golf, so good, underrated, even. Takes all day. Some sports, couple hours, tops. But golf, 18 holes, driving around in the cart, I love that. Brunch too, some snacks at the clubhouse. Driver, putter, chip shot, can do them all. Put the little ball in the little hole. Good at it. And I can forget about all the complainers who want, demand, want, my help for awhile.

You get these pathetic people complaining about everything. Losers. Not my people, we got the best people, the best supporters, better than you can possibly imagine, even. But others, the Hillary people, the Obama people, the others, those are not my problems. Poor, you get these poor people, they don’t even work. Never worked a day in their lives. Sad, truly, honestly. I ignore, better for me, better for them in the long run, too. Country as a whole. Golf helps, helps with the ignoring.

Out on the greens, so green, the smells, the golf balls, folks, the golf balls. Nobody whining about being poor, drugs, Middle East. Me, the president, advisors, maybe some friends. Friends, got so many of them, help a lot with the administration, sometimes. Often, some would say. All the time, really. But on the course, no issues, no scandals, no politics. No millions of people suffering from problems they want me to fix.

And golf is on my properties. Wow, these pieces of land. Give it up for them. Best courses in the world. All over, you get these people, wonderful people, they tell me how great the courses are. And I agree, I know, I understand, I know, probably better than anyone, probably. I built them, after all, you remember, you remember. How could I not play on them? Annoying, being the president. Got no idea, normal people, how many complainers I hear every day. Bills, laws, deals. I’m great at it, the deal maker, some call me, but too much problems. Need golf, relax, breaks from all the work I’m doing nonstop. 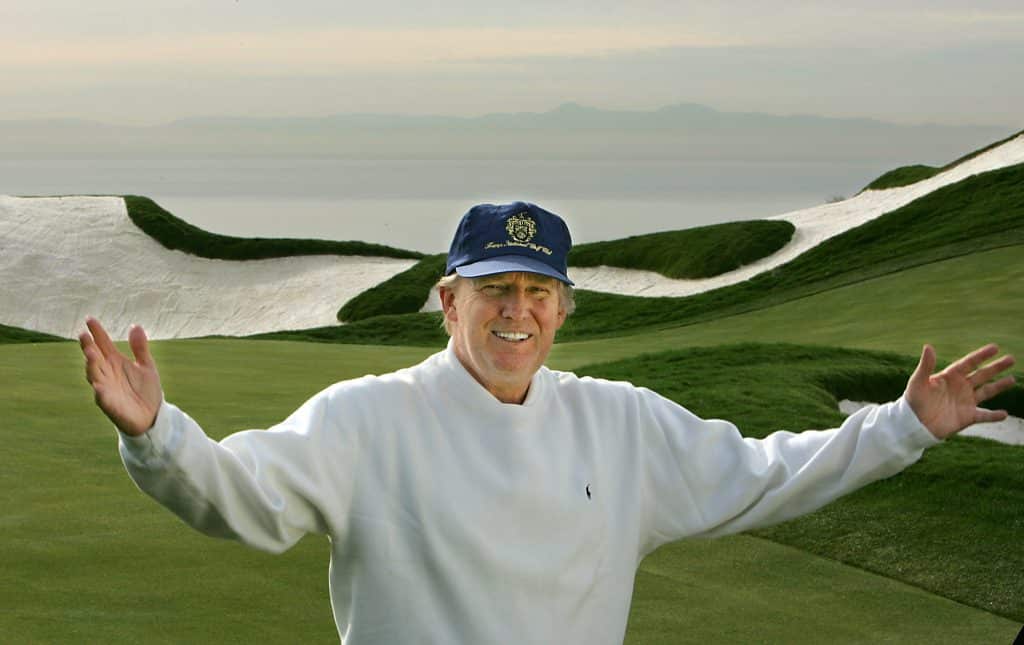 Can’t stop the work, even if I tried. Out on the course, always business there too. I can focus on Trump, not people dying and wanting help and complaining to the government. Needy, is what I say. But I putt, I drive, I chip. So many holes, forgetting about Syria and ISIS and the Oval Office. Let my people be in charge for a little bit, I need to unwind.

So much to unwind from, almost, I think, the most ever. Has a president ever inherited a worse mess? Come on, folks, you’ve seen it, you know. The problems, the deaths, the economy, oh my, the economy. Dangerous times, you know, you know. But when I golf, oh man, the golf, the… golf. Believe me, there’s nothing like it. The crying people, the people with all the problems, no more of that. No, no, no, just me out on the greens having a good time. The best time anyone’s had ever.

Related
Self-Guided Meditation for You Lonely People This New Year
Eliana Waxman
A Few Quick Notes About Your Son’s “Tree #2” Role in His 6th Grade Play, From Me, The Lead’s Mother
Rachel Paige
People Quit Liking Me as Soon as I Started Studying for the GRE Verbal Section
Scotty Jenkins
Resources

Top 4 Back to School Outfits That Will Make Jason from Chemistry Cream His Pants
Caroline Cianci
Join My WhatsApp Group for Unnecessary Updates on Our Kids’ School Bus Route
Rochelle Elana Fisher
A Letter from Ginger, the Crime-Solving Tabby of “The Maple Tree Mysteries” Book Series
Gracie Kairis
Lyndon B. Johnson Addresses Congress Regarding John F. Kennedy Going Away to a Farm Upstate
Jake Bettermann