How Facebook's Dislike Button Will Lead to the Downfall of Humanity

Mark Zuckerberg has finally introduced the dislike button, and the dominos are about to start toppling. Here's how the end of humanity as we know it will play out, one strategic angry emoji at a time. 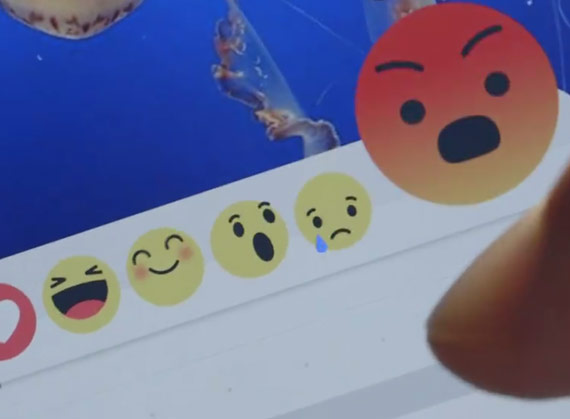 Tom Brady will dislike everything that happened after May 11, 2015.

A kid in Colorado will be dislike bullied.

Moms Against Cyber Disliking "MACD" will be founded.

This will enrage him further.

A kid in Iowa will facetiously dislike a picture of an Alaskan bear.

The Alaskan bear will go on a killing rampage in a McDonald's.

CBS will coin the phrase, "Dislike Crimes Against Humanity."

The guy whose family invented forks will dislike his arch nemesis, the spork guy.

The spork guy will dislike spoons.

An intense court battle will result in the recall of all eating utensils.

The pope will pray for humanity.

Kim Kardashian will dislike green Jolly Ranchers and words that start with the letter Q.

Things will start to get weird.

Brazil, Russia, India and China will set up a secret Facebook group.

Obama will change America's status to "in a relationship with France" and defiantly start wearing berets.

An infantry of YouTube cats will overthrow News Corp.

Europe will ban all Russian vodka.

Extremist Stolichnaya enthusiasts will found an illicit network of speakeasies, importing and exporting vodka through China.

Liquored up, China will amass billions of renminbi in gambling debts.

Bill Cosby will be eaten by a lion.

A global Hunger Games will commence.

Martha Stewart will bludgeon Gwyneth Paltrow with a ramekin.

John McCain will disembowel Brian Williams with a sickle.

Civilization as we know it will end.

From deep within his apocalypse survival pod, Mark Zuckerberg will empathetically dislike this.

Related
A Sexy Sci-Fi Show For Teens Which You Will Watch Anyway
Chris Chafin
Your Best Man Will Not Commit to a Peaceful Transfer of Vows
Kasia Kalinowska
Dear Tennessee Williams: Have You Even BEEN to Cleveland?
Kendra Stanton Lee
Resources