Batman & Robin Discuss the 10 Highest-Grossing Films of the 90's

This dynamic duo has a sixth sense for conversational armageddon.

The 1990's was a defining decade for movies. Special effects came on in leaps and bounds, Disney was in its golden age, and asshole Hollywood producers were yet to try and release every single film in 3D. From this fertile field sprouted some of the highest-grossing films of all time. And now the day has come to look back at some of these blockbusters and see what all the fuss was about.

Here is our dynamic duo of entertainment reporters Batman and Robin to look at the ten highest-grossing films of the 1990's. 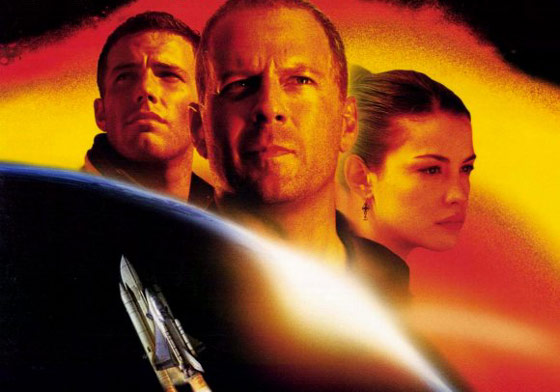 Batman: Yeah, we're not off to a good start here.

Robin: In fairness, Batman, Michael Bay is still making films that get good results at the box office today.

Batman: And I'm still grumpy about Alfred throwing out my used pair of Michelle Pfeiffer's underwear. What's your point?

Robin: It shows that, despite mixed critical opinion, Michael Bay has been able to capture the interest of audiences for many years.

Batman: Just like how herpes has captured the interest of many peoples' genitals.

Robin: Well, can you at least sum up what happens in this film for our readers who haven't seen it before?

Batman: There must be a jillion comic book movies out there, and this one cracks the top ten?

Robin: Well, this one did have the Fresh Prince in it.

Batman: Great, so we get a crappy movie and Will Smith rapping a crappy theme song.

Batman: There was a pug dog in the film named "Frank" that insulted people ad nauseam. I've been thinking about making him your replacement.

Robin: Wait, what's happening to me?

Batman: Well, Robin, I'll guess you'll just have to tune in next week and see.

Batman: Remember how you loved Jurassic Park? This film is just like it. Except shit.

Robin: It was, however, successful enough to spawn a third film in the franchise.

Batman: Which was successful enough to help me spawn a bounty on Jurassic Park III‘s director.

Robin: Did you ever pay Deathtroke for helping you out with that one?

Batman: I don't even tip our pizza delivery boy, what do you think?

Robin: This psychological horror film completely wowed audiences, and became famous for its twist ending that surprised everyone who saw it.

Batman: I totally knew Bruce Willis was a ghost the whole time.

Robin: I don't think that you did, Batman.

Batman: I'm the world's greatest detective. Trust me, I had this one all figured out.

Robin: Okay, then can you figure out why director M. Night Shyamalan hasn't made a good film since?

Batman: Hey, even superheroes have their limits.

Batman: The moral of this story is that stupid people can do cool stuff, too. Mostly while listening to hit songs from the 60's.

Robin: I think it also touched on a few other points.

Batman: Right, like that AIDS can kill you, so don't tell you partner you have it or they'll get really pissed.

Robin: There might have also been something in the film about one man's ability to touch the world.

Batman: Just like my ability to touch the world with the sense of justice I strive for…

Batman: …And also with my incredibly large penis.

Robin: And not so much, that time.

Robin: After striking gold with The Little Mermaid, Beauty and the Beast, and Aladdin, Disney's epic run continued with the record-shattering The Lion King.

Batman: Simba's parents were brutally murdered and he avenged them. Respect.

Batman: She was made into Scar's personal serving wench, though, so it probably wasn't all hakuna matata.

Robin: The important thing, though, is that Simba was able to reclaim his home and restore order to the Pride Lands.

Batman: And then celebrate by knocking up Nala.

Batman: Aliens come all the way to Earth, only to get wiped out by a computer virus. Try updating your McAfee, assholes.

Batman: Godammit, Robin, that was one time!

Batman: Dinosaurs break out and eat people, including the fat guy from Seinfeld. A true cinematic milestone.

Robin: Introducing special effects that were positively ground-breaking, this film gave audiences the best dinosaurs ever seen on the big screen, ushering in a new era of cinematic blockbusters.

Batman: A new sequel called Jurassic World is currently in the works. I'd have fears about it sucking ass like the other sequels, except for the fact that Chris Pratt (Star Lord/Andy Dwyer/Burt Macklin) is starring in the lead role.

Batman: More importantly, who's playing the guy that the T-Rex eats off the toilet?

Robin: I don't think he's going to be in this one, Batman.

Batman: Looks like it's time I set up another bounty.

Batman: We all face disappointments in life. Losing a loved one. Realizing that the zit on your penis may be more than just a zit. Waking up in the same bed as Robin. And, on that depressing note, we come to the first of the Star Wars prequels.

Robin: I liked it.

Batman: No you didn't. Nobody did. Stop embarrassing me.

Robin: I thought that it was a brave new take on the Star Wars mythology.

Batman: Robin, if you don't stop talking now you are getting bataranged in the face.

Robin: I mean, how cool was it to see Vader as a little kid? Plus we got Darth Maul, and some funny new aliens, and Natalie Portman in those awesome outfits, and Jar Jar Bi—

Batman: Either you shut the hell up Robin or I'm going to post nude photos of you up on ratemyweiner.com.

Robin: You already did that!

Batman: Note to self: come up with new humiliating punishments for Robin.

Robin: A sweeping romantic tale set against the backdrop of one of history's most devastating tragedies, Titanic has gone on to become one of the most successful films of all time, smashing box office records and scooping in a boat-load of awards at the Oscars.

Batman: Forget it. This movie has only two good points.

Robin: And what would they be?

Batman: Put it this way, they both belong to Kate Winslet.

Robin: Are you sure there's nothing else that interested you in the film, Batman? Maybe something that doesn't focus on your obsession with boobs?

Batman: Ah… there was that part when the guy fell off the ship and hit the giant propeller.

Robin: I really don't think you're getting into the spirit of this.

Batman: And I think that your love of Titanic might have something to do with the autographed photo of Leonardo DiCaprio's cock and balls I found in your room.

Robin: What? But…but I hid it so well!

Batman: Did you Robin? Did you really?

Tune in next time, when Batman and Robin look at photos of their Facebook friends who have gotten really fat since leaving high school!

All articles in the “Batman and Robin” series:

Related
Batman and Robin Discuss the 12 Biggest Films of 2015
Matthew Chard
Sure, My Name Is Batman, But That Doesn’t Mean I Was the Conduit for Coronavirus to Jump from Bats to Humans
Colin Varney
How to Tell the Discussion in Your Women’s Studies Class is Going Nowhere
Daryl Blankert
Resources