Find out once and for all if this is a photograph of a shoe.

President-elect Trump: Thanks for having me, Colin.

NYT: Let’s get right into it.

At this point, the reporter places a photograph of a men’s black loafer, size 12, on the conference room table between the President-elect and himself. In the image, the black loafer is set against a white background. There are no visible shadows. 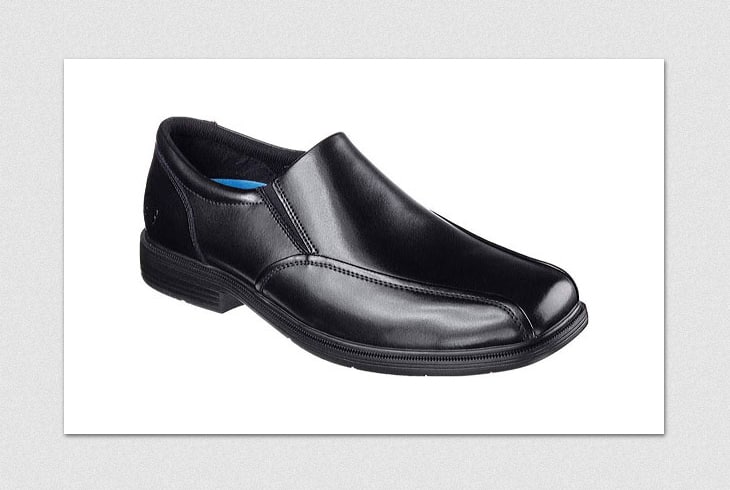 NYT: Mr. Trump, this is a photograph of a shoe.

The President-elect studies the image carefully.

There is a pause.

NYT: Sir, there is no rooster pictured here.

The reporter slides the photograph of the black loafer closer to the President-elect so that he may have an even better view.

NYT: This is a shoe set against a white background. Here are the laces.

The reporter points to the black loafer’s laces.

The reporter points to the black loafer’s heel.

Trump: Does anyone else see the rooster?

The President-elect seems to address this question to the otherwise empty conference room.

NYT: There is no one else here, sir. Just you, and me, and this photograph of a shoe.

Trump: That’s a rooster, but go on.

NYT: I’m sorry, but for clarification: are you saying that what’s pictured here is a rooster? Or that the photograph itself is a rooster?

Trump: Who took this picture?

NYT: I did. Just before coming in here. It is a photograph of my shoe.

Trump: I’ve never even heard of you. Who are you? What’s your name?

NYT: You addressed me by name at the beginning of the interview.

Trump: What, I’m not allowed to forget a name now?

NYT: My name is Colin.

Mr. Trump turns pensive. There are a few moments of silence.

NYT: Sir, can I ask what you’re thinking about right now?

Trump: A nickname. These usually come easier to me.

The President-elect takes another moment, straining for inspiration.

NYT: I’d like to bring our attention back to the photograph of the shoe.

NYT: There is no evidence to support your claim that what’s pictured here is a rooster. There are no feathers. No beak. There is no barn in the background to suggest that this picture was even taken on a farm.

Trump: The American farmer is dying.

NYT: And that’s a tragedy. One I would love to discuss at great length with you down the road. But that is not what we agreed to discuss here tonight. So back to the photograph…

Trump: Why doesn’t the picture have sound?

NYT: Because, sir, it’s a photograph. It’s light, and only light, captured by the miraculous innovations of man.

Trump: Well I think you know better than anyone that if this thing had sound, it would crow.

At this point, the reporter places his left foot, and, therefore, the left black loafer from the photograph, on the conference table. He does this carefully and with remarkable patience.

NYT: On the table, right between us, is my left shoe. Do you see it?

Trump: I’d really prefer it if you didn’t bring farm animals in here.

NYT: You can even hold it.

The reporter unties the shoe and hands it to the President-elect.

NYT: As you can see, what you are holding is an inanimate object, one with all the properties that we as humans associate with being a shoe. You just watched as I untied its laces, as one does with a shoe, and then removed it from my left foot, as one also does with a shoe. So is it safe to say, sir, that what you are currently holding in your hands is in fact a shoe?

The President-elect places the shoe on the conference table.

NYT: I am not asking you to tell me the style of the shoe. Nor am I asking you to name the material from which the shoe is made. I will not even ask you to give me the color of the shoe. All I am asking for, sir, is that you agree, right here, right now, that the object you just held in your hands is in fact a shoe.

The President-elect picks up the shoe once more, only now, at the toe of the loafer, there hangs a wattle, the same as that which you would see on the neck of a rooster.

Trump: I don’t know. This rooster might just be dead.

Related
FAQ About Your Genetically Engineered Baby
Mark Pekala
Why Won’t My Grandpa Shut Up About Vietnam and Do Something About Global Warming?
Hayden Church
A Letter from the Furies to President Trump Updating His Torture Policy to Include ABBA
Sonja Ryst
Resources