Your 3-Step Recipe for Ruining Thanksgiving

Three ingredients for cooking up a perfect storm, all by yourself.

Your job this year is to ruin Thanksgiving for everybody. Here are three simple steps to accomplish that.

Complain about the size of the turkey, that it's either too big or too small or looks gross.

Complain that it takes too long for the turkey to cook.

Complain that your house is too cold and stuffy and too small and unimaginative.

Complain there are no comfortable chairs or couches, that the TV doesn't have enough channels. 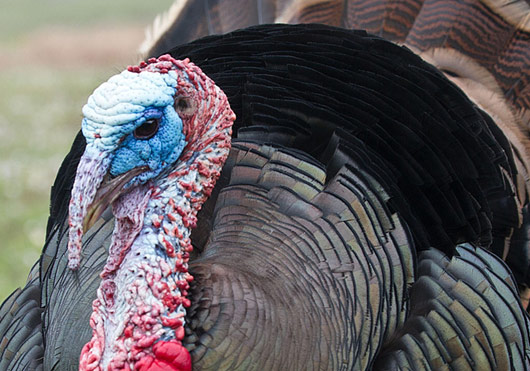 Complain that you don't feel well even though you do.

Complain about having a sore back.

Complain about the fact that during dinner everyone has to say what they are thankful for. Make your point that it's too uncomfortable and insincere.

Complain that the Pilgrims get too much credit for too many things.

Complain about the cranberries, that they're not enough of them. Point out that there isn't warm gravy to pour on the stuffing.

Complain that the dinner table is not big enough and it's too crowded. Note that too many people were invited.

Complain that no one ever listens to you on Thanksgiving or any other day.

Complain that no one likes to hear your complain.

When anyone who attends your Thanksgiving dinner asks you about yourself, what you're up to, be evasive. Don't tell them much. Keep them guessing.  Criticize people with whom you are celebrating Thanksgiving. Make sure the criticism stings. Let's say you are celebrating Thanksgiving with your brother and other family members. In front of the whole crowd, tell your brother that he has always been lame in your view, that he didn't reach his potential and that for that you don't respect him. Tell him you are embarrassed to be related to him. Tell him he should have more tenacity. Tell him he needs to be more like you. Tell your brother that you are better than him in every way. Tell him you are smarter, more accomplished, have more friends, are wealthier, and are more likely to be better situated in the afterlife. Make him feel bad about himself.

When your brother tires of your criticisms, tell him he's insensitive and needs to get tougher, that the reasons he's a loser is because he's not rough enough or tough enough. In a condescending tone, inform him that you got that phrase from a Rolling Stones song, "Beast of Burden." Tell him that if he listened to more of the Stones, you would feel slightly better—not a lot but slightly—about being related to him. Tell your brother he needs to lighten up.

If you invite your cousins to Thanksgiving—which is not a great idea because you never see them except on Thanksgiving so have nothing common—pick one of them to whale on. A viable candidate is your cousin Lenny, who grew up in Queens, New York and works in the restaurant business. Instigate with this:

"Hey Lenny, how's that restaurant business going? Are you still doing that? How many years now, forty? Fifty? Never got another job, huh? Stayed in the comfortable family business. Never took a chance, did you?"

Lenny won't know how to respond. He never has.

When anyone who attends your Thanksgiving dinner asks you about yourself, what you're up to, be evasive. Don't tell them much. Keep them guessing. Act shady. Be unsettling. Funk up the room.

"I'm up to no good as usual," you should say. "Just doing my thing, from a distance, out there somewhere, mystifying everybody. You would not believe how much money I make these days and how little I have to work to get it. But there's no way I'm giving you any more details. Pass the sweat potatoes."

Say things like, "Hey, did you know I'm aloof? Do you know what aloof means?"

When Lenny says, "Why would anyone say that, especially at Thanksgiving dinner? What's your deal?" tell him he needs to shave his mustache. Change the subject. Turn the Thanksgiving table.

Before anyone else finishes dinner, get up and say: "It's time for me to go. I have some business to take care of down the street at Freddie's house. You know what I like about Freddie? He gets it done."

As you leave the table, wish them all a Happy Thanksgiving.

Related
I Am Your Smartphone Sitting in a Bag of Rice
Danielle Rackley
What Your Drink of Choice Says About You
Jonathan Motney
Ho Ho Ho, I’ve Updated Your Privacy Policy
Kristen Pyszczyk
Resources