Six things you need to know about MILFs before making one your girlfriend. 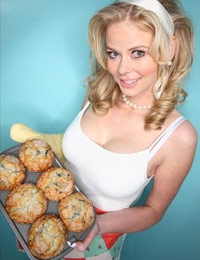 It's not that hard to do anymore (not like it was ever that difficult, but you know, it sure has gotten easier—like your Mom): you simply find an expensive bar near an even more expensive shopping plaza, arrive before your average baby-sitter goes to sleep, find an older woman with a younger woman's hairstyle, interrupt her conversation with a gray-haired and/or bald dude, be funny and charming, and get her out of there before her makeup catches up with the time of night.

So, without any more of this introductory poop that is so hard to get off my shoes, I now bring you six things you need to know about MILFs before making one your girlfriend, you curious and/or loveable and/or perverted manwhore, you.

As the man says: all knowledge is learning and therefore good.

Time is of the Essence 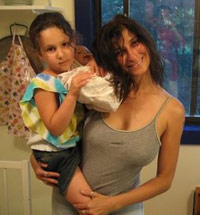 With MILFs, the mornings spent pulling tubes and watching cartoons waiting for you and your girlfriend to find some kind of activity to occupy the time between fucking, is gone. You wake up and you have something to do and somewhere to go or she will find somewhere for you to go and do something. MILFs usually have jobs and kids and all the crap that comes with them. You just have you. Which means you should understand that she could care less about your problems.

Spare Her Your Problems

Know That You're Property 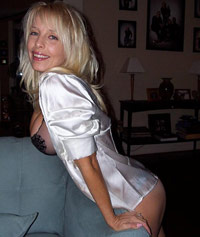 Some MILFs don't really date you so much as use you and show you off. This is actually pretty cool because a) these women usually don't mind you cheating on them (they're not serious about you) and b) you usually end up banging their friends (girls: show your friend a diamond and the bitch'll want to be married too).

But even the ones who actually want you as their boyfriend(s) will regularly show you off. They're not dating a guy fifteen years younger than them to NOT be seen with them. That would be like buying a thousand dollar suit and covering it up with a parka. The fuck would be the point?

Oh, and speaking of the point, you probably won't get it.

Nod at the References

Some of you out there might have dated girls ten to fifteen years younger than you (you're forgiven) and in doing so, you out there may have noticed that those chicks don't seem to get your movie references. A few weeks ago, I coi-tailed (my new word; suck on it, Webster) an 18-year-old girl and when I said, "Dogs and cats, living together, mass hysteria" in my sing songy Pete Venkman voice, she asked, "That's funny. Is it from a movie?"

"Is that the one with the kid who sees dead people?"

So yeah, just nod at whatever she references. Odds are it doesn't matter anyway. Kind of like who's right and who's wrong. 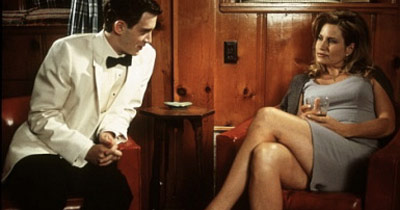 You are More Wrong than Usual

"Uh, which grocery store are you going to?"

To which you must respond, "Uh [insert name of closed store here] is closed so I guess I'm going to a different store."

"Yeah, well, you better make sure you pick me up [random item to make sure you prove you went to grocery store] AND it should only take you a few minutes."

"Should I bring you change, Mom?"

You see, MILFs give you twice the lack of trust. They don't believe what you say because every person close to them has lied to them or is lying to them on a regular basis. Kids lie to see what they can get away with; so do men. Whereas, women lie to cover up who they are.

Her Past is Best Left Alone

She won't tell you her age, or where she's from, or how many men (and/or women) she's slept with, or when she last did cocaine… or anything really. Well, surprise, surprise: the attractive slut who doesn't trust you and who has trouble relating to you won't share her past. That is so shocking. I am shocked here. Next, you're gonna tell me that ain't her real hair color…

Leave it alone, dude. Leave it the hell alone.

Fight the urge to thank me, y'all. You were born welcome. And I was born to help.