There comes an event in life when you realize you're more responsible than your parents.

It is with great sadness that we announce the passing of Theresa and Larry Cullen. The couple died last week due to a mudslide off an Alabama interstate. Their hostile conversation was recorded on the car's dash cam. It provided insight into their final moments…

Not wanting to use his AAA insurance Larry got out of the car and despite his type 2 diabetes attempted to push the car out of the mud and back onto the highway. Assuming she knew better Terry refused to acknowledge Larry's instructions and pressed down hard on the accelerator causing the car ride up an embankment and flip over. Larry was crushed to death and Terry fatally injured.

Originally from Chicago, the couple was enjoying their annual pilgrimage to Guinness World Record-holding Largest Garage Sale (stretching from Michigan to Alabama). They are survived by their only daughter, Simonne, whose official public statement decreed, “At least they died doing what they loved most: arguing…and buying other people's junk.” 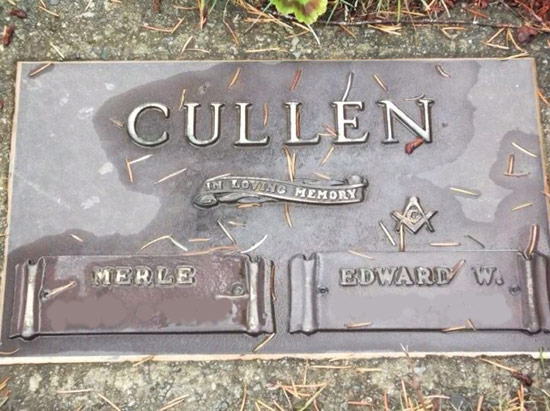 This was almost true.

There comes an event in your life when you realize you're more responsible than your parents, who have reverted into teenagers who make questionable decisions. Sometimes it's subtle, like when they sell your childhood home and retire in Costa Rica not knowing a lick of Spanish. You're happy for them, but now the task of holiday meals falls upon you and your siblings. You know, the ones who would rather live with the smell of microwaved eggs than wash a frying pan? Yeah, they're going to be in charge of turkeys from here on out. (From now on, use Boston Market. You're welcome.)

My parents' near death incident—or the “Alabama Mud Adventure” as they like to refer to it-really did happen. It really scared me, too. It's different for everyone, watching your parents get old. Sometimes when you go home to visit, the fridge is packed to the brim with every sort of cold cut/cheese combination you could dream of, yet there isn't a single piece of bread to be found. “Just use two pieces of gouda in lieu of bread, kid. It'll fill you up just the same! Ooooooh or use the pimento loaf, it's thicker!”

Whatever you do, do not question their decisions. They do not like to be questioned by their children.

“Ma, when did you start eating olives in your lunchmeat?”

*Slams fridge door* “It's for our guests!”

“You're gonna offer your guests champagne and pimento loaf?”

“Yes, is that a problem? Now that you've moved to Los Angeles you think you know everything! No one out there can enjoy a bologna-olive combo? It may not be organic but it's gluten-free!”

“Of course it's gluten-free, there's 35 sliced meat options in the fridge and not so much as a tortilla to roll them up in!”

“This is how your father and I live now. Accept it.”

Maybe they'll offer to make you a sandwich which turns into a 30-minute epic mini-series event. Just a simple PB&J now has eight extra steps, including, but not limited to, heating up the peanut butter in the microwave, and commandeering five different knives for the process (one to slice the bread, one to spread the P, another for the J, one to cut the crust off, and another to slice it into quarters). I don't know which is worse, an excess of sliced hams or dirty silverware scattered everywhere like an arts and crafts project.

When they begin to downsize their home they start with your things. All the crap you deliberately left behind when you moved out shows up at your new apartment randomly via UPS. Six large boxes arrive just before Christmas filled with items meant for a basement you do not have. The first box contains a plethora of old clothes, including your high school lacrosse uniform. Another box is guaranteed to be filled with paperwork: report cards and science projects from high school, official paperwork from that one time you got suspended in grade school, and finger paintings from kindergarten that rival some of the crap art featured at MOCA recently.

Occasionally, they will start to give things away to people that they really shouldn't. Friends stop by for a holiday party and your dad turns into a sleazy used car salesman. Hard handshake, desperate eye contact, overeager slap on the back…. “Nick! Good to see you buddy! It's been too long! How are your kids? Would they like some these Beanies Babies? How about some Disney figurines? Can I interest you in the cat, Nick? What do I need to do to get this cat into your car and never see it again, Nick? I'm a reasonable man, Nick, I'll do it.”

Single parents will begin to date again. Rather aggressively, too. Your mom really hit the ground running with that eHarmony profile you created for her. You call to say hello and it's all, “I can't talk right now, Jeremy made reservations for us at the Purple Pig. Gotta run.” Click. Who the hell is Jeremy? What's his last name? At least tell me you've done a Google search on the man! Almost immediately you transform into Detective Olivia Benson, engaging in a full internet background check on a man allegedly named Jeremy living in the Upper East Side with a license plate starting with E78….

My parents' near death incident—or the “Alabama Mud Adventure” as they like to refer to it—really did happen. It really scared me, too. These are the people who make me call them when my plane lands, and again when I make it home. They think FaceTime is a marvelous way to make sure that I'm keeping my home spotless. They unexpectedly had to put my dog down when I was out of the country paid the $500 phone bill I ran up sobbing to friends in between downing margaritas, yet I literally almost lost them to an exorbitance of wet dirt!

When I expressed my concern about their decision-making and how heartbroken I would be when they died, my dad hugged me and said in all seriousness, “At least we have enough in the fridge to feed our friends after the funeral. One less thing to worry about, honey. One less thing.” He was genuinely happy there would be a legitimate reason to consume all deli meat.

My wife longed to hear the patter of tiny feet around the house, so I canceled our pest control service.