America's strangest decade was fueled by more than faerie gay-wolves.

I was alive during the 80's. All ten years of it. The thing about the 80's is that unless you lived it, it makes absolutely no sense. It's like the estranged cousin of the 70's that the 90's doesn't like to talk about. It was a weird, fucked up time. When you try to go back and analyze bits and pieces of it—the clothes, the music, the pop culture—well, it's like someone dropped a bomb full of crazy-dust on the whole country and everyone decided to start dressing up like ballerina/rodeo clown hybrids from the distant future, all set to a shitty synth-pop soundtrack. But if you were a kid, it fucking rocked. Why, you ask? Because the entire world was your circus. 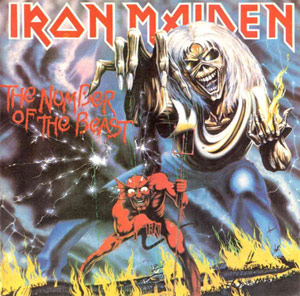 When it comes to the 80's, the clothes catch more shit than anything. The cooler you were back then, the dumber you would look now. To an outsider, most of the high fashion of the decade comes off as being a bit…how can I put this delicately…exuberantly homosexual. I have a theory on this. During the Reagan administration, not many people were openly gay. In fact, if you asked the average God-fearing suburbanite to describe a gay man, he would probably describe some sort of satanic dick-eating werewolf with purple fur and pixie wings that prowls the streets at night looking for young men to sodomize. These faerie gay-wolves would then bite their victims, infecting them with AIDS and communism. The bottom line is, gays kept their closet doors locked back then.

The 80's was probably one of the most paranoid decades of the century. We were terrified of everything: KGB spies, Columbian druglords, even strangers.But there was one realm were the gays had limitless power, and that was the world of fashion design. Picture this: a man in a pink shirt walks into a forest. If he wants to camouflage himself as protection from predators, he could put on a green shirt…or he could just say fuck it and paint the entire forest pink. In a sense, that's what gay fashion designers did in the 80's. And with enough cocaine, anything can seem like a good idea at the time. MTV and Miami Vice only made it worse. But then, that was mostly just the highbrow art crowd and entertainment industry. Everyone else just dressed in the standard mall-dork fashion of the times.

Then there was the music. When most people think about 80's music, they're usually covering a very limited spectrum of new wave pop, glam metal, and Debbie Gibson. And there were things even worse. Like New Kids on the Block. But there was also punk rock. I never really got into punk rock until high school, though. I was metal between the ages of 8-13. All I knew about punk rock is what I learned from action movies and arcade games. And what I learned was that guys with mohawks are always doing heroin and stealing purses, usually because they work for evil ninjas. What? I was impressionable.

The 80's were also what white people often refer to as the golden age of hip-hop, usually during drunken arguments about why modern rap sucks. But again, I was metal at the time.

Now when I say 80's metal, your mind probably goes straight to cock rock power ballads. That's not what I'm talking about. Granted, I still like a lot of that shit, but purely for nostalgic value. I knew it sucked, but I listened to it anyway. So yeah, I listened to Motley Crue and Ratt, but I also listened to Slayer and Venom. 80's metal had a certain cheese-evil style to it unlike anything else. It was all skulls, tits, dragons, and pentagrams.

You know what was really cool in the 80's? SATAN. And you can't talk about Satan in the 80's without bringing up Dungeons & Dragons. I realize that nowadays playing D&D is almost always associated with being a geek. But that stereotype didn't take root until the 90's. No, in the 80's, priests and parents were terrified of Dungeons and Dragons. They had media-hyped nightmares of their children running off to join witchcults and committing ritual murders while demonically possessed. If your parents caught you listening to metal and playing D&D, your ass was getting sent straight to vacation bible school.

When you get right down to it, the 80's was probably one of the most paranoid decades of the century. The Reagan Administration was a non-stop propaganda machine that ran on raw fear. We were terrified of everything: KGB spies, Columbian druglords, even strangers. That's right. Strangers. Because when you were a child back then, everyone apparently wanted to kidnap you and hold you for ransom. Okay, so maybe that only applied to white kids with rich parents, but nobody wanted to come out and say it like that. And if they weren't kidnapping you, they were giving you drugs. We had two slogans to live by: "Just say no," and "Don't talk to strangers."

And we had public service announcements for everything. Christ, did we have public service announcements. I was raised by a television set. The Thundercats want me to stop drinking, the Transformers are afraid I'll run away from home, G. I. Joe won't let me use the goddamn stove, and He-Man wants to know if I've ever been molested. Even if I had been molested, I'd don't think I'd discuss it with a steroid freak in a loin cloth that carries around a magic sword and rides a green panther. You, He-Man, are a stranger. I am NOT talking to you.

But no matter how strange the 80's might seem to you, there's something you have to keep in mind: we were all ready to die at any moment. Growing up in America, we had this little thing called the Cold War. The Cold War is a difficult concept to wrap your mind around, because it wasn't really a war at all. It was more like a staring contest between two senile old men, and the first person who blinked blew up the planet. I don't give a shit how much of a badass you think you are, everyone is afraid of nuclear fucking missiles. And back then, every single moment of every single day was a 50/50 shot at global annihilation. 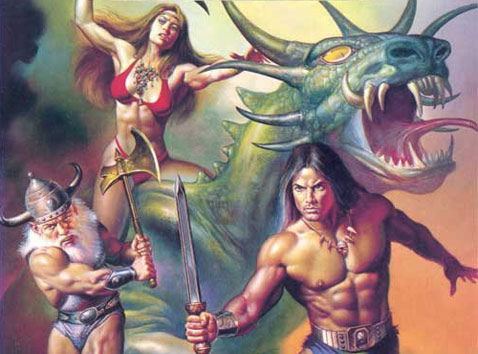 So, there was that. But we were prepared. We had apocalypse drills where we crawled under our desks and practiced waiting to die. After a few years, you get pretty good at it. And you get used to it, and find yourself thinking things like, "I hope the world doesn't end today, and if it doesn't end before lunch, I hope they serve pizza."