What better way to listen to classic tunes than listening to even more classic YouTube comments read alongside them?

Be it the 1950s or the 1990s, everybody’s got memories of hanging out with your friends in your parent’s brand new car, cracking open a few sodas, and listening to classic tunes on your stereo. And while music changes over the years, the joys of your listening to your favorite songs is eternal.

But with every one of those classic tunes you remember so fondly is an equally classic YouTube comment section, filled with angry white men in their 40s using their daughter’s YouTube account to show their love for music in the most passionate and incoherent way.

“YouTube Presents: Comments Section Classics” lets you relive those glory days of true music, played alongside voiceovers of the most hateful and absurd comments of the technologically illiterate left in the comments sections of these oldie hits.

Whole Lotta Love — Led Zeppelin
“I lost my virginity to this song in ‘72. Good times. I came right as Plant hit that final moan, it was wild.”

Bohemian Rhapsody — Queen
“This was a man who could sing! And a man who was tastefully queer, too.”

I Can’t Help Falling In Love With You — Elvis Presley
“Dear God, give us back Elvis, and we’ll give you Justin Bieber! And my piece of shit son, too!”

Bela Lugosi’s Dead — Bauhaus
“I used to get bullied by the other kids at school for listening to this “weirdo freak music.” I’ll never forget how much it hurt me then, but, now that I’m a successful adult with a loving family, I can definitely see their point.”

Close to You — The Carpenters
“My mom used to sing this song while she cooked up breakfast every Sunday morning. It tasted like shit, but that was probably because she always burnt the food while focusing on how long the pause was in the middle.”

Smells Like Teen Spirit — Nirvana
“R.I.P. Kurt!! I will not rest until I find your killer. I don’t care how many times I am arrested for whatever ‘Misuse of the 911 System’ is, I will find the jealous bastard that took you from us!” 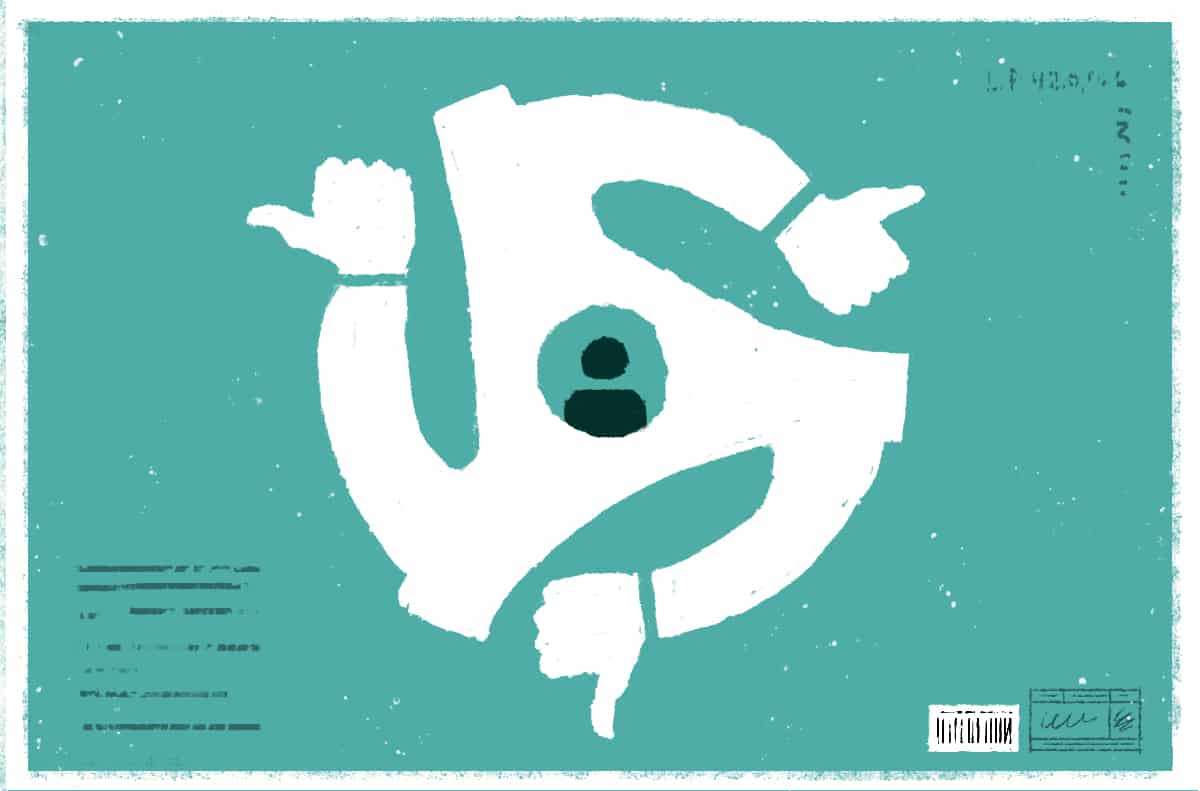 Mysterious Ways — U2
“Man, music today is just insufferable. Back in my day, the FANS were supposed to be insufferable!”

Love Will Tear Us Apart — Joy Division
“I just broke up with a girl because she was wearing an Unknown Pleasures shirt and couldn’t even name the medication Ian Curtis first attempted suicide with. Women are all the same.”

On The Level — Mac DeMarco
“I’m a time traveler from the year 2065, and this is real rock music. It’s way better than the new wave of South Moonland Ska-Trap-Gaze. Music kinda fell apart in the future.”

Mack the Knife — Bobby Darin
“There was never a man who could sing like Bobby could. Except for that McDonald’s Moon Man guy, he was pretty spot-on.”

Angel of Death — Slayer
“Kids, this was TRUE metal. Not that bullshit Limp Bizkit you guys call metal now.”

Juicy — The Notorious B.I.G.
“Kids, this was TRUE rap. Not that bullshit Limp Bizkit you guys call rap now.”

(I Can’t Get No) Satisfaction — The Rolling Stones
“I still remember where I was when I first heard this song. It was the night of April 23rd, 1970, and I was at home, so I couldn’t have been responsible for the sudden disappearance of my ex-wife, Marissa Lovington.”

A Hard Day’s Night — The Beatles
“The fact that so many books still name the Beatles as ‘the greatest or most significant or most influential’ rock band ever only tells you how far rock music still is from becoming a serious art.”

If you want to hear even more classic songs accompanied by their classic YouTube comments, then look no further than “YouTube Presents: Comment Section Classics”. Available on digital, CD, and even vinyl, for those who like REAL comments.