Why is My Watershed Not Having a Watershed Moment?

True watersheds are being overshadowed by "watershed moments" of sexual misconduct revelations.

“What we’re seeing happening now with the Harvey Weinstein revelations, to me this is the watershed moment,” Gretchen Carlson told USA TODAY. “This is the tipping point I've been working so hard for over the last 15 months. People are finally saying ‘enough.' ”
–USA TODAY

Listen, I couldn't be more excited that all of these disgusting men in powerful places are finally being called out and held accountable for their sexual misconduct. It's fantastic!

That being said, in the midst of this watershed moment in our history, I'm afraid we're overlooking one incredibly important thing: watersheds.

If you've turned on TV news recently, you've no doubt heard the term “watershed moment” being thrown around rather casually, but only once has this phrase been used when describing the incredible achievements of actual watersheds. (Props to The Weather Channel for their spotlight on the “Midwest's 10 Best Watersheds.”) Frankly, as a major supporter of watersheds, this is a little insulting to me.

Let me just say this: I cannot stress how important it is to have a good watershed nearby. And you have one—we all do—keeping us safe from watery harm. Without one, you, your family, and your lovely house would all be floating away after a big storm. We honestly take our watersheds for granted, but no more. I myself have the most spectacular watershed you've ever seen on my own property. 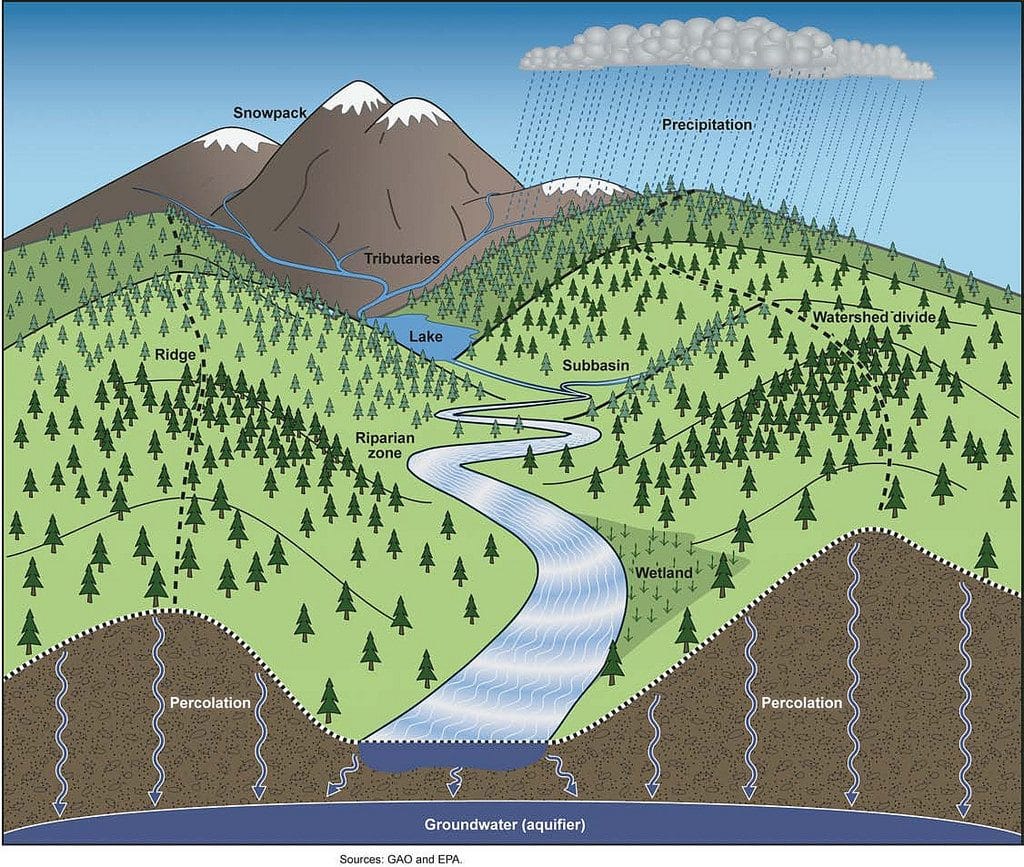 I installed a great sign out by the road a few years back suggesting passersby come take a look at my miraculous watershed. Unfortunately, little had come of it until recently when Wolf Blitzer and Anderson Cooper came knocking on my door with camera crews in tow asking to take pictures of Harvey Weinstein and Kevin Spacey. I directed them back to my watershed, but they just returned in a huff; Anderson rolled his eyes as he walked past and Wolf actually tried to bite me.

I think the time has come for the watershed to have a watershed moment. Watersheds are drastically underappreciated in our modern times. Centuries ago, our forefathers used to pray to watersheds. Sure, they prayed to the other Christian God, too, but the Watershed God was also high on their list of deities. In ancient times, the God of Watersheds—Hapi is his name, or maybe it's Carl—used to punish those who did not pray to him by depriving them of the benefits of a watershed, thus flooding their lands and drowning all their chickens and pet lizards. It was a cruel world to live in, but respect for watersheds was at an all-time high.

Unless we come to our senses and give the proper attention due to watersheds, I think that Hapi (or Carl) is going to come back down to Earth from his great Watershed in the Sky and demolish all of our watersheds. Then how important will it be who showed their pee pee to whom?

But good news! There is a way to solve this without going down the path of destruction! All we have to do is make sure that whenever a journalist mentions there being a “watershed moment” on television or in newspapers, they just interrupt the broadcast for a few minutes to explain what watersheds are and why we should all care about them so much. It would probably be a good idea for them to mention praying to Carl, too. (I'm pretty sure now that the God's name is Carl.)

So, in conclusion, I say enough: let's allow watersheds to have their watershed moment.

If you found my proclamation here to be annoying, unnecessary, or even nonsensical, then may all your nearby watersheds fail miserably and submerge everything you love in an ocean of regret and rainwater.

Thanks for your time!