Don't worry, your agent will handle it from here.

INT posh corner office, afternoon. AGENT is a shadowy, vague form surrounded by a cloud of cigar smoke. A rocks glass of scotch sits untouched on his magnificent mahogany desk. He holds an oversized red pen and my debut MANUSCRIPT.

Agent: So, Marsha? Very excited to be working with you. This is your first book?

Agent: You're gonna need to speak up.

Agent: Yes, that's what I said. Marsha. Well, this is very richly imagined, and I am just thrilled to be here as your career blossoms. So. Let's get started! Your main character's name. It's Meghan? That's a typo, right? You mean Meghannikah. No, too Jewish. You mean Meghantris Everbean. No, it's certainly original, but it rolls off the tongue a bit too easily. You mean Meghansley.. (clicks pen) M-E-G-H-A-N-S-L-E-E. That's great. Very creative of you. 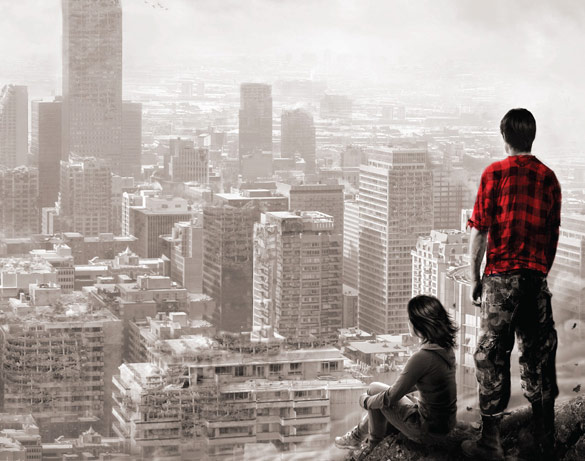 Agent: Hey! HEY! Are you really that shocked? Of course I'm insensitive! Look, I work in publishing for Christ's sake! Are you crying? Are you actually crying?

Me: (turns crying into sniffling)

Agent: Ok so now she's all white, and pretty much straight… we'll keep some of the topless lesbo kissing scenes in, since there's some sizzle there. Happy?

Agent: So Meghanslee's love interest. The hot girl. Guy. The (scribbling furiously) WereCentauroPyre. Wowza. That is just… you are good, Marsha. What even is that? I'll tell you what that is, it's every tween's new well-toned crush in one simple hashtag, that's what. And so, on brand for our Meghanslee. He's an ex-drug addict? Let's adjust that right now, I'm sensing that it lacks solid traction in the fantastic world building you've already done. Here— he's moody. He broods. That's just like drugs, right? Now. Says here she is going to rescue him from— so, just one quick edit-a-roo, that's he rescues her from— well. THIS can't be right. You say he rescues her from an (makes air quotes) "abusive foster home environment in Washington Heights," but I think what you saw in your head must have been a bloody, horrific uprising in a non-specific distant incarnation of the East Coast in which the government has all the advantages possible and the rebels have only a lot of heart, revealing form-fitting outfits, and a sincere superficial desire to take on the system.

Agent: (leans back in chair) Marsha. Marsha. Marsha. What could possibly be wrong? (puffs cigar) This is brilliant stuff. Very on trend! (checks iPhone) Look! Selena Gomez wants in on the film! She just tweeted ooooh i want me a #WereCentauroPyre for a bf! And she's even got the wolf, horse, and needle emojis! HA! I mean, she's too ethnic for Meghanslee, but— what's that? What, Marsha?

Me: (whispers) My book. My book. It was feminist contemporary fiction.

Agent: BWAHAHAHAA! You should write comedy! My god girl! How much talent can one little gal have? Now here's your six figure advance, take it and go party topless like a good feminist. See you in a week with that 90,000 word sequel, hmm?

Related
It Must Be Nice Having the Job Security That Comes With Acting
Jack Peacock
Goblins Might Interfere with COVID-19 Vaccine Safety
Sonja Ryst
Excerpts from the Harry Potter Series, Reprinted in the Trumpian Translation
Cara Michelle Smith
A Principal’s Tough Conversation with His Coolest Student
Tanner Garrity
Resources