SEC Football: The Most Disconcerting But True Stereotypes of All 14 Schools

Just the pride of being a part of the conference borderlines on hysteria.

Not all stereotypes of the South are necessarily true. We're not all overweight and stupid, and believe it or not, we don't all vote against our own self-interest. It might even come as surprise that the majority of Southerners have all of their teeth. But we do all have racist grandparents and an unhealthy obsession with college football.

The Southeastern Conference is without a doubt the best at college football, which seems to fit our history of being great at an industry that make millions of dollars and still does not pay its workers. "SEC, SEC, SEC," the 6-6 team's fan base chants while they beat up on a school formally in the Big East. I'm not sure what it says about Southern culture that our mood and outlook on life is totally dependent on 18- to 23-year-old males playing a game, and the pride of just being a part of the conference borderlines on hysteria. It has been my experience that this is the least of our worries. 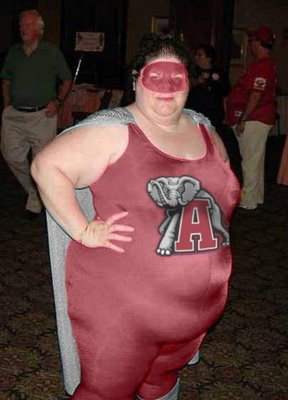 As the crown jewel of dim-witted fan bases, it seems fitting that Alabama is first alphabetically. They say you're either born an Auburn or Bama fan in the state, but if your parents did not attend college, chances are you root for The Tide. I have a hard time blaming them since there's not much happening in Alabama, and the only things to come out of Birmingham are Dr. Andrews, racism, and traffic. By far the easiest fan base to troll, they seem to show more butt crack out of their work jeans than teeth in their head. What does it say about your fan base when sports personalities have made lucrative careers playing off your stupidity? 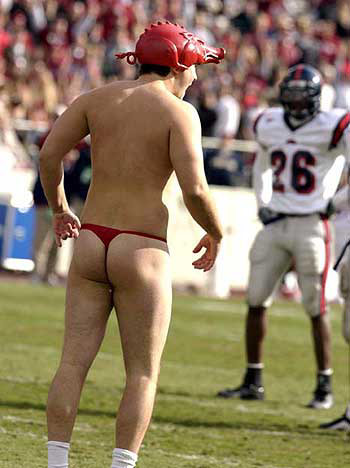 Besides the Ozarks, Arkansas is the ugliest state in the South, and with states like Alabama, that's saying a lot. Like Lieutenant Dan, I've been to Arkansas, but Little Rock is most certainly not a fine town. The state's capitol and only real city is basically the South's Detroit without the Motown culture or professional sports franchises. The University's football team has no in-state competition, which seems to breed a false sense of belief that the Razorbacks are an elite program. No matter the down year cycles, how many elite programs lose seventeen straight in conference football games? 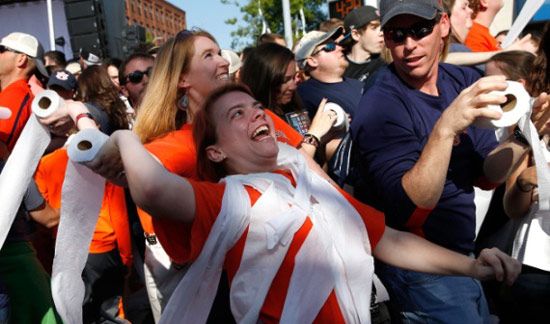 Auburn has an SEC perception of being the more intelligent fan base in Alabama, but in a state ranked 46 out of 50 in education, that's not really saying much. Without a doubt, Auburn is the luckiest team in the conference in recent years. There are two things that come to mind when I think of this university. Number one is the Auburn graduates who showed up to my high school lunch to make us feel uncomfortable for not attending Young Life. Number two is that they have the most obnoxious female ban base in the conference. They are not obnoxious for how loud they scream or the clothes they wear, but they are obnoxious in that they seem to talk as if they have some sort of football intelligence. No, Cam Newton will not be the best NFL quarterback of all time because of how much film he watches. Your opinion does not hold water, sweetie, you have never played the game. 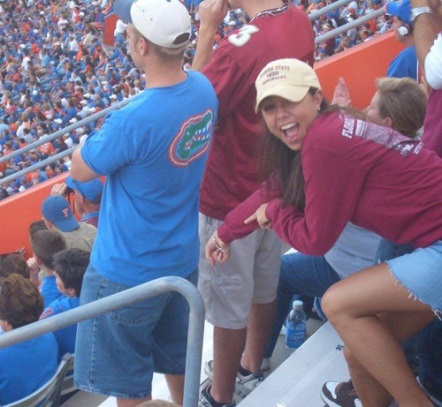 It is odd that the two most similar fan bases as far as appearance in the SEC are Florida and Kentucky. Maybe it's due to not being considered a part of the "real" South, but more of the weird South. At what point does a fan base quit wearing jean shorts non-ironically? I find it funny when you type "Florida fan" into Google and it auto-completes "wears jean shorts." We have the internet, people. It's never been easier to realize that jorts are not okay. Honestly, I know little about the University of Florida fan base, so I blame Tebow as to why it's so satisfying when they have an average football team. 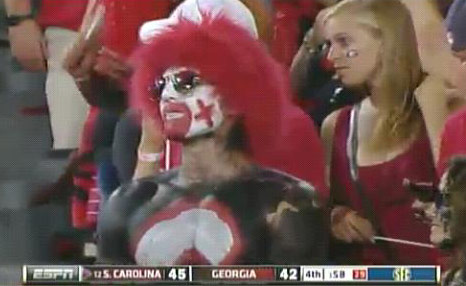 With Florida going through a down cycle and Tennessee being so average this past decade, I don't know how Georgia has managed to allow Missouri to represent the East in two straight SEC championships. Maybe it's karma for the frat boys wearing gray tennis shoes and tube socks, completing their look with a flat-billed hat, but more likely, it's the fact that their football team is consistently the mentally weakest team in the conference. Georgia has to be one of the best programs to coach for in the country with all of the in-state football talent, so how much longer do they suffer with Mark Richt? By the way, it has to be brutal to lose after painting yourself to look like a clown. 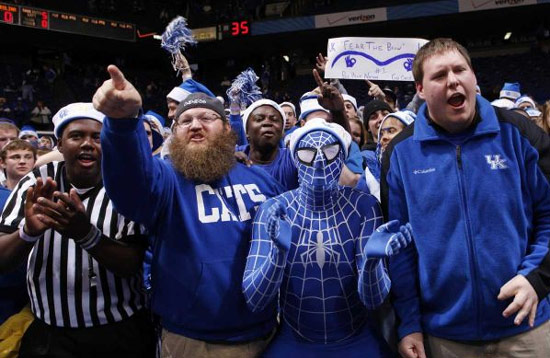 Kentucky is a weird place. While the top 1% of its population has deep roots in the "Sport of Kings" horseracing, the rest seem to meddle around in baggy jeans with white tennis shoes, gel their hair with Axe products, and talk in this odd redneck/hip hop accent. They always seem to be talking about basketball, while the rest of the SEC could care less. We are a football conference that tolerates basketball to get through the boring winter months. With such an easy in-conference schedule, Kentucky is to basketball as Ohio State is to football. 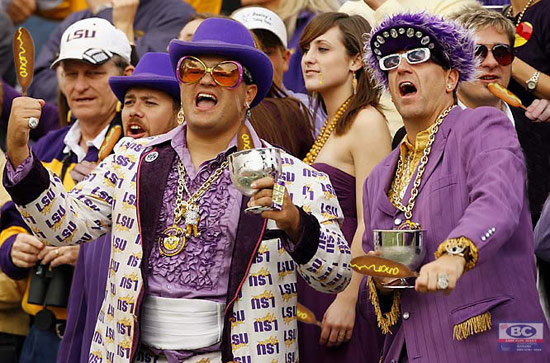 It is hacky and way overplayed that LSU fans smell like corn dogs; regardless, LSU fans smell like corn dogs. The LSU fan base is on opposite ends of the spectrum. They're either warm and welcoming, or they're the 86 year-old grandmother flicking you off when you visit Baton Rouge. They're also the drunkest fans, which you might find cool if you're high school, or a college-aged male. However, this gets pretty dark when the LSU fan sitting in the bleachers below wearing an old school leather football helmet, awkwardly yells at his 10-year-old daughter after openly consuming a pint of whiskey. 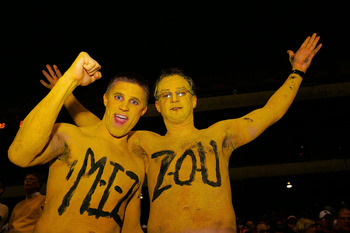 When Hollywood makes a movie or show that includes frat bros just "bro-ing out," Mizzou is what they're portraying. I'm not sure what I have a bigger problem with: the misspelling of Missouri, or the fact that the men of the fan base never miss a game without their popped collars and cargo shorts. Like Alabama and their Bama bangs, Mizzou seems to be synonymous with the white guy chin-strap beard. The problem with Missouri is that it does not seem to have an identity. They're not quite the Midwest, yet not really the South either. This makes it that much more infuriating that they've made it to back-to-back SEC championship games their first two years in the league. 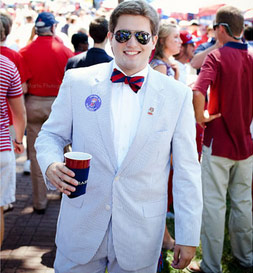 They say the elite of Mississippi goes to Ole Miss, but how much bragging can you do when your state is ranked last in every major category? Dressing up for games in bow ties and seersucker suits, the average Ole Miss fan seems to care more about a racist mascot than actually winning football games. The school is known for having the most beautiful girls in the country, but the dirty little secret is that the majority of the hot ones are from Texas. 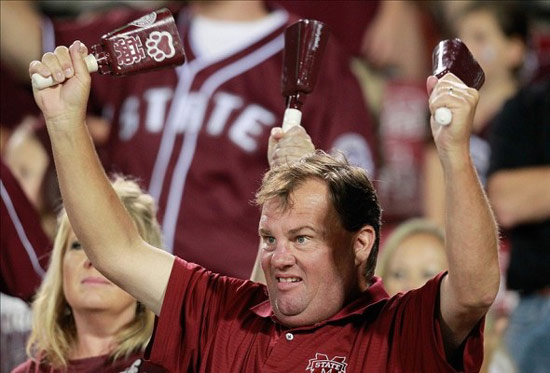 The first time an outsider visits Starkville, they will notice that it is exactly how one always imagined a Mississippi town would look like. If you took someone from Ohio and gave them a choice to rank the SEC schools, you would most likely want to attend; Mississippi State would come in last place every time. There are slim pickings as far as the female population goes, and if you are a pretty 18-year-old girl from Mississippi you more than likely choose the states flagship university. The men, on the other hand, never miss an opportunity to sport camouflage, seem to always be balding early, and inexplicably all seem to be 5'7" and shorter. 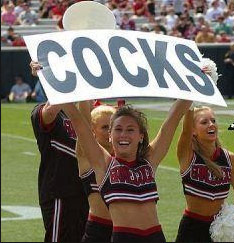 The University of South Carolina might be the only place in the United States where is socially acceptable as a heterosexual male to wear a hat that says, "Cocks." By far the more redneck of the state's major universities, USC has just recently become relevant in the SEC. Their fan base seems to have a knack for wearing jerseys and a taste for Marlboro Reds. "Hey sir, you're 50's. Why are you wearing a 19-year-old's jersey?" 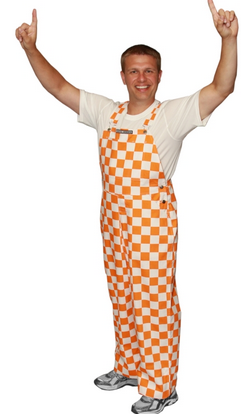 The Tennessee fan base is undeniably one the most delusional in the country. At some point, they have to realize that it is no longer the 90's, the state has no high school football talent, and no outsider dreams of going to Knoxville. There is a reason they were forced to settle with their third coaching choice twice in the past five years. Now that South Carolina is not the worst team in the SEC, it is too hard to recruit. Good luck becoming an elite program again and you look ridiculous losing in orange-checkered overalls. Death, taxes, and UT loses to Florida.

Texas A&M moved to the SEC because they could not handle an in-state rivalry, and it seems to be the only place in the country where being a male cheerleader is cool. Also, nothing strikes fear into your enemy's eyes quite like the Border Collie mascot. "What's that you say girl??? Timmy is still cheering even though the Aggies are down 30 points in the fourth quarter?" *Side note* Best all white marching band in the country. Yay. 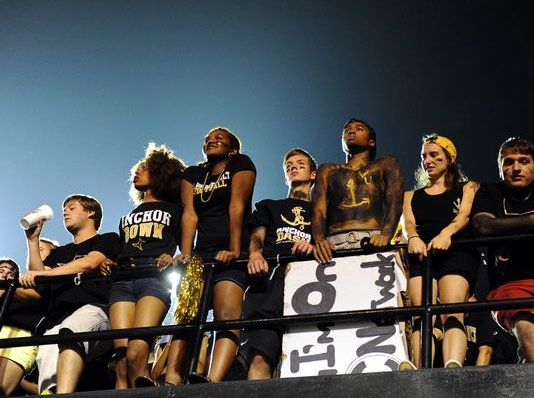 It seems appropriate that Vanderbilt is last on this alphabetically ordered list as they do have the worst football program in the conference. I will not argue that Vandy is not the best university in the SEC, but telling me how your school ranks academically compared to mine after you get your ass kicked does not diminish the win for me. In four short years, they will move back to the Northeast so I do not know why they bother investing in football. With no local Nashville fan base, Vanderbilt is the only place in the SEC where the away team can have a home game.