Harry Potter is a Figment of Your Imagination

Let me preface this by saying that I am a really big Harry Potter fan. I wouldn't call myself a "super-fan," but I'm a big fan of the series, both the movies and the books. I don't know if you guys have heard this, but it turns out that Harry Potter isn't real.

Kanye fell to the floor in a grouchy demeanor and started crying like the little bitch he is, so we locked him in the closet. I was hanging out at my town's local Coca-Cola factory with a couple of friends from Moscow and one friend from Allentown, Pennsylvania, and while we were shaving ourselves, my friend Lionel from Moscow was telling a story about how he and Putin had gone mini-golfing the Tuesday before we had all met up, and how Putin had triple-bogeyed on the par 4 12th hole. Apparently a bee kept attacking him, and since Vladimir—as Lionel calls him—is allergic to bees, and didn't have his EpiPen with him, he was worried for his life.

But while Lionel was telling us this story, my friend Alejandro, also from Moscow, was looking at his phone while shaving my friend Paul, and came across an article from The Washington Post about how the Harry Potter series is mostly a figment of everyone's imagination. In the article—which can be found now exclusively on the Coca-Cola homepage—guest editor Kanye West states that he kind of thinks that Harry Potter might not be real, seeing as how he has never read the books, seen the movies, or knows the general plot of the series. 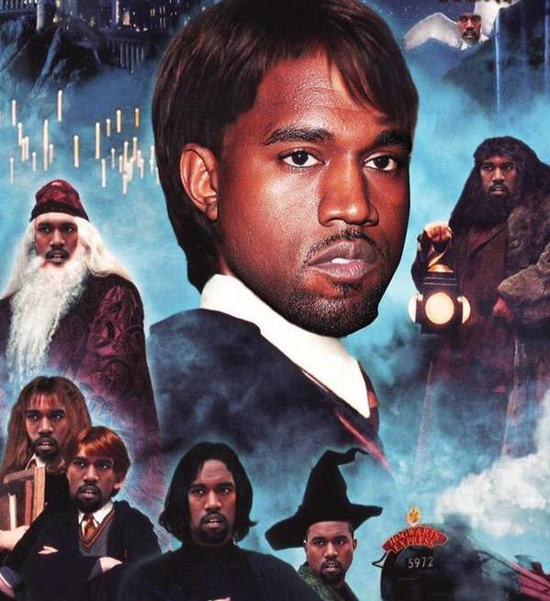 It seems as though Mr. West has been too busy being a God and doesn't have time for silly things like wizards and elves and giants. Understandable, because I'm sure being a God takes up a decent portion of the day, but c'mon, even God has to take a vacation some time, right? But since he is a celebrity, he is right and the rest of us are wrong so let's all agree here once and for all that Harry Potter is not real and Kanye West is right.

Of course, there are non-believers and some idiots who think Kanye is wrong, and the rest of us are right. One of those people happens to be my friend Erik, who works as a receptionist at the certain Coca-Cola factory where we happened to be hanging out. Erik, in his infinite stupidity, has come to the conclusion that Kanye is in cahoots with JK Rowling, that they are having a secret love affair, and that Kanye is trying to tell Kim about it through the art of journalism. As we mulled over this theory, slamming back a few cold Cokes, we decided to take a vote about whether or not Harry Potter was real or not.

The voted ended in a 3-2 victory for the "Harry Potter is not real" crew.

Erik and my friend Juniper were pretty upset, but fuck them, they suck as people.

Kanye West then walked into the factory and came over to where we were sitting and asked us if we knew any good uses for broomsticks other than sweeping. I said, yes, indeed we do. I took a broom out of the closet and started to pretend to fly around on it. Kanye said it looked cool and that he wanted to try, but I said no he had to get his own broom, this one was mine from home, my mom packed it specially for me to play with not him.

Kanye fell to the floor in a grouchy demeanor and started crying like the little bitch he is, so we locked him in the closet. All in all, as Kanye's screams to be released from the closet surrounded the Coca-Cola factory, we decided it had been a pretty awesome, productive day.

Harry Potter was not real, Lord of the Rings was real, and Kanye West was trapped in the closet, with no way out…except magic, of course.

P.S. For any Kanye West fans out there, the spell used to unlock doors is Alohamora. It's used in basically every Harry Potter movie and book.