We hope this letter finds you well. As the school year comes to a close, we are excited to provide you with an update on your child's progress at Hogwarts School of Witchcraft and Wizardry. This first year is a challenging and rewarding time in your child's life.

Enclosed you will find a full report on your child's academic status here at Hogwarts. You will see an overall final grade, the guide for which is located below, along with instructor's comments. As every student is different, we encourage you to pay special attention to the comments so you can get the best possible idea of your child's performance in their first year.

Matthew can point out the moon. After that, however, his knowledge of astronomy takes a severe and alarming dive.

While his fellow classmates can name the majority of the constellations in the nighttime sky, thus meeting the requirement of the course, Matthew seems content to create names out of thin air. While "creating something out of thin air" would normally be cause for praise here at Hogwarts, in this case it is only cause for concern. While it is undeniable these names are often creative, they also hint at some deep-rooted psychological damage. Perhaps if he dedicated as much time to his studies in this area as he does to attempting to amuse his classmates with these outlandish names, we wouldn't have to grade him as poorly as we did.

He has also had to be reprimanded several times for "less than noble" uses of his telescope. Thanks to your son, the girl's dormitory now requires all occupants to close their blinds after dark.

Again, Matthew struggled with this subject. While his fellow classmates have a solid grasp on the fundamentals, Matthew often misses the point of the exercises. He spends class time questioning why it is necessary, for example, to use a spell to open a door when one can do it simply enough by hand. His instructors have determined that his questions on the matter come from less of a curious or philosophical place than one of pure laziness.

A spell of his own creation, one he dubbed "Fonziriffic," which makes jukeboxes play music without the use of money, is somewhat impressive, though has limited applicability here at Hogwarts or in the outside world.

This is also a little off the subject of charms themselves, but as we are a co-ed school, you might want to take a moment to explain to Matthew the difference between "casual charm" and "overt sexual harassment." He clearly does not understand the distinction and we do not currently have the time or resources to educate him on the matter.

Defense Against the Dark Arts

If there was one area in which Matthew excelled (although "excelled" is probably too strong a word), it was this subject. His thirst for knowledge surrounding the defense of the Dark Arts was unquenchable.

While some eyebrows in the faculty were raised by the fact that he clearly showed more curiosity in the Dark Arts themselves, as opposed to defense of them, any sort of interest in academia at all should be considered a success at this point. In addition, judging by his current academic record, if Matthew was to be lured into the Dark Arts, he would be an easily defeatable foe.

Our legal council has advised us to refrain from discussing this issue further at the current time.

Matthew seems woefully uninterested in the history of magic, history in general, and also apparently, magic itself. As you can imagine, these are all key elements to this class. 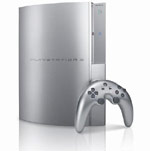 While our student body often does not immediately embrace every course and the work that goes along with them in this first year, learning to fly is one of the most popular subjects we offer. Matthew, however, was less than impressed. Apparently, the ultimate freedom that comes with soaring through the air on a broomstick is less appealing to your son than playing Playstation for hours on end.

There was not one instructor or student who remembers seeing Matthew in this class at any point in the semester. While it's possible that he created an invisibility potion, it is much more likely he simply failed to attend the class. We will, however, give him the benefit of the doubt and grade him accordingly.

Matthew's work in this area, even at this early stage, shows a stunning lack of creativity. A plain pizza to a sausage pizza? A donut to a slightly larger donut? Diet Dr. Pepper to regular Dr. Pepper? His work does not show promise or a handle of the preliminary skills so much as it foreshadows a future of obesity and heart disease.

If you have any questions or concerns, please do not hesitate to contact us to discuss your child. We look forward to speaking to you in person at Muggle-Wizard conferences in the fall.

P.S. Perhaps we enlisted the wrong Matthew Hulten? While we are creatures filled with magic and wonderment, we do make mistakes here and there. Perhaps your child received someone else's Acceptance Letter? Or perhaps he has a twin, also named Matthew, at home? If so, we would be very interested in meeting that child and straightening this whole mess out as quickly as possible.