An Alien's Guide to Caring for Human Babies

As we are the first of our species to inspect this planet called Earth, we have sent guides back to our home-world to teach our people how to deal with this planet’s chief threats. The first is babies. 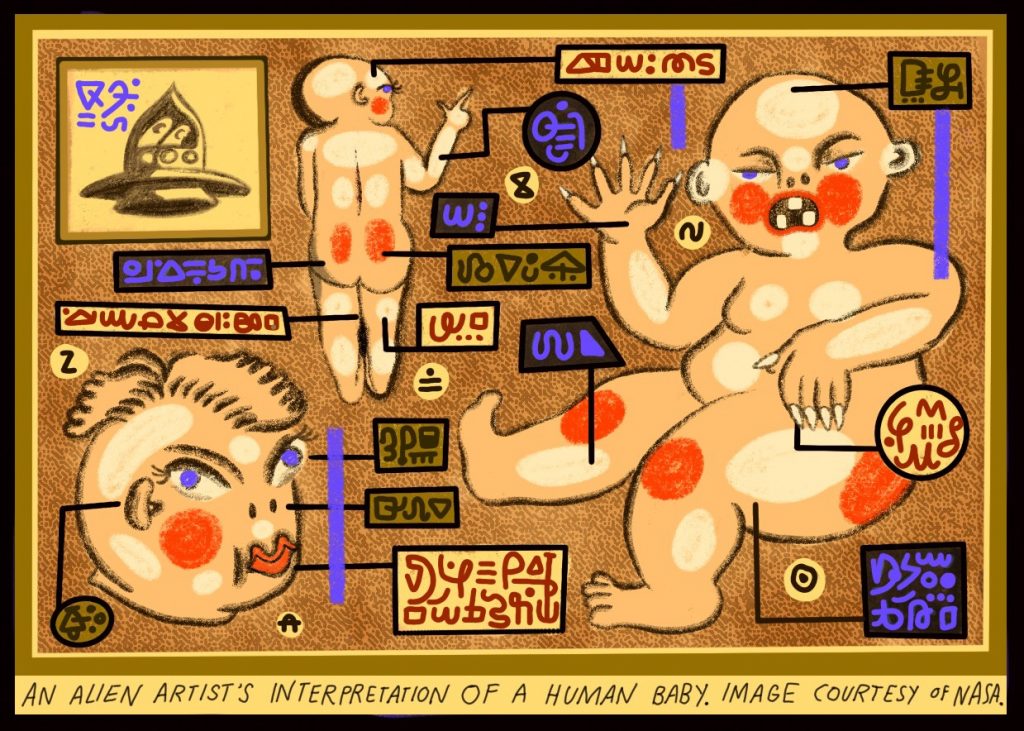 Related
In Conclusion: Aliens Not Only Built The Pyramids, But They Also Committed That Murder I’ve Been Accused Of
Clip Show Comedy
A Discussion Guide for Couples Bickering Over Which Family’s Zoom Thanksgiving to Attend
Emily Zauzmer
The Genderqueer’s Guide to Choosing a Public Restroom
Max Delsohn
Resources