Four Mockbuster Screenplays on a $100 Budget

How to rip off the rip-off movies for next to nothing.

If you've ever been inside a video store, and I realize that maybe some of you haven't… are there even any video stores left in the world, or did the Earth just swallow them all up one day? What about third world countries, do they still have war-torn post-apocalyptic Blockbuster Video stores blighting the landscape like ancient ruins? Do you even know what a video store is? Oh Jesus, you don't, do you? Whatever, that's beside the point. I should start over, this rant is already showing its age.

If you've ever been to that little non-porn corner of the internet where crappy movies are whored out for your viewing pleasure, then you've probably come across your share of low budget knock-off films. They generally have flashy photoshopped covers and a title designed to trick you into thinking you're about to watch a much better movie. You can also expect to see a glowing review quote attributed to no one about what other great movies this movie is supposed to remind you of. Usually something like "An epic [insert genre] classic in the tradition of [insert famous movie] and [insert cult classic]."

Think of all the money you save by having all the Nazis in their underwear instead of super expensive replica uniforms! Okay, full disclosure: we're talking about The Asylum film studio. You know who they are. They're the guys that brought you Transmorphers. They steal ideas and make shitty knock-offs that pop up out of nowhere before the real movie is even done playing in theaters. But you know what? The Asylum sold out. Yeah, I said it. What, with their second rate CGI and C-list Hollywood movie stars… that shit isn't true low budget at all. Low talent, certainly, but low budget? Come on! Those films simply reek of wasted money.

I'd like to see a new generation of super poor filmmakers rip off these rip-offs, but without all the fancy shit. Movies like…

You thought Snakes on a Train was lowbrow? Fuck that, we can sink way lower. 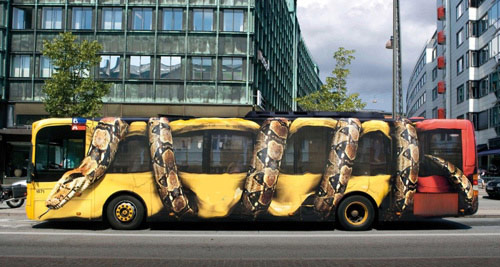 A hotshot CIA agent is hot on the trail of a terrorist who hijacks a bus with a bag of snakes.

The end. You just made a 90-minute movie without even trying.

2. Nazis at the All-Night Laundromat 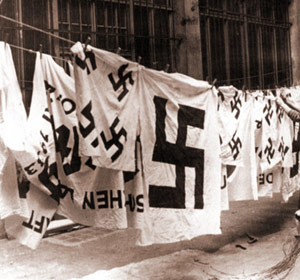 "An epic horror classic in the tradition of Iron Sky and Nazis at the Center of the Earth."

A hotshot CIA agent discovers a squadron of evil Nazi zombies from outer space. He confronts them in an all-night laundromat where they are washing their uniforms because their UFO crash landed in a swamp.

Now take the raw footage and edit the shit out of it until it almost makes sense, or at the very least looks like a music video!

Ray Harryhausen didn't need any stinking computers to make janky ass monster movies and neither do you.

Wanna get sued by George Lucas AND the Kennedy estate? You'll be infamous in no time!

There's a new dead president hero in town, and he's ready to party. Ewoks are invading the Earth and enslaving humanity, and only Johnny K. (master gunslinger) can stop them with the help of Marilyn Monroe (Jedi witch) and Jackie O. (kung fu assassin).

Unless you have kickass connections in the realm of human trafficking, you probably can't score twenty midgets on short notice. Use children for Ewoks instead. Or if you're not allowed near children for legal reasons, use short people. Or tall ones, whatever. Not like it fucking matters.

Instead of full body costumes, why not cruise Etsy.com for hand-knitted Ewok beanies. They're bound to be on there somewhere.

Why hire some smug computer geek to make CGI lightsabers in post-production when you could just give everybody industrial tube lights to smash over each other's heads? If you have a day job in an office, I recommend stealing them from work.

If you can't find anyone who looks like Kennedy, order a Halloween mask. Again, like it fucking matters.

Under no circumstances should the script not be written by a homeless drug addict and proofread by a prostitute with fetal alcohol syndrome. This will ensure that your movie has a truly unique vision. Best of all, they work much cheaper than real writers.

Well, what are you waiting for? These shitty movies aren't going to make themselves, you know.