Mike: What if they threw a world and nobody showed up?
Me: Huh?
Mike: Like what if we all just didn't participate?
Me: In what?
Mike: Everything, man. Everything.
Me: I think that would be impossible.
Mike: Yeah, but that's only because you lack imagination. 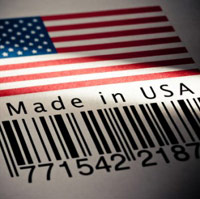 Every person is truly, in their heart of hearts, an American who wants to take back their country from the corporations and the evil media.We should boycott all television shows because they rot brains and we should boycott all politicians and politics because they are controlled by evil corporations that should be boycotted because they are evil. If it's not made in the USA it should be boycotted because we have an unemployment issue here and our citizenry is screaming out for a chance to work twenty hours a day with soldering guns. We should boycott any product if it is made in the USA and it's not made by union labor because The Man has forced the working class into the unprotected class but we should also boycott all the union products because unions are socialism and communism waiting to happen.

We should boycott all weapons because they are used to kill people and all prisons because they are inhumane. We should boycott all vehicles and transportation methods of all kinds (even horses) because they release gasses into the air and those gasses help make the world hotter and a hot world is no fun unless you're Canadian and you're not Canadian because every person is truly and really, in their heart of hearts, an American who wants to take back their country from the corporations and the politicians and the evil media that we should also remember to boycott because everything they tell us is controlled by the people who own them and the people who own the media have no interest in badmouthing themselves.

We should boycott religion and God in Heaven because of wars and disease and famine and we should boycott the internet because I'm pretty sure it represents perversion and hedonism and all that is wrong with a generation of kids who for some darn reason, just don't have any respect for the elders that made such a great world for them to live in.

We need to change the world for the better. We need to believe in stuff, stand up for the stuff we believe in, get pushed down as a result, stand up again and explain to the world that we will not be controlled by a society that allows a world to wither and die or an economy to benefit only a select few.

And we know what we have to do.

We should boycott everything.

I mean, a man got needs, you know…

Related
I Don’t Know If I Should Start Watching Game of Thrones, Or If I Should Let George R.R. Martin Out of This Chokehold
Ram Ray
The Grinch Shouldn’t Be Prosecuted in the Court of Public Opinion
Johnathan Appel
I’m a Republican Building a Coalition with Democrats, and You Should Stop Worrying About Me Spending So Much Time with Your Wife
Graham Techler
Resources