An Open Letter from God

I don't ask you guys for much. I mean, usually it's the other way around; and I like to think I do a pretty good job of giving you guys what you want. I mean, there haven't been any swarms of locusts in a while, have there? I've got a shit-ton of locusts up here. I could drop those bad boys on you whenever I want, but I don't, because I'm nice guy. So, if you wouldn't mind, could you please do me one favor: Stop yelling my name during sex.

At first it was kind of flattering, but now it's just ridiculous, and completely distracting. I'm trying to meet with some angels, or fight the devil, or even make a bowl of pasta, and you people keep calling my name. Why do you think Church is on Sundays? It's the one time of the week when I'm ready for everyone to call out my name. That's fine, that's part of the deal, I can accept that. But when it's1 in the morning on a Friday, and I'm lying in bed, trying to go to sleep, I still hear my name over and over. I can't sleep! I have to buy so much Nyquil that the guy at the store thinks I'm a southern rapper. And as good as I would look in a gold tooth, that's just not my scene.

And you know, it's not just a personal thing either. Your religion says you can't be doing this. Don't take my name in vain. It's a fucking Commandment (no pun intended). It's right there next to “don't murder.” Don't murder, and stop bothering me when you join the mile-high club. Could you people just be quiet when you're doing that? Really, I would appreciate it, and I think all of the other airplane passengers would appreciate it as well.

The reason I bring this up, is because I'm seeing a nice lady right now, and I really don't need you yelling my name while you bang in that nightclub bathroom (I'm looking at you Donald Taylor of Madison, Wisconsin). She gets jealous is all I'm saying. I may be a jealous God, but you have clearly not seen Midge. We met while playing bingo one day, and I really don't want you guys to screw this up. It's just; I'm not very good with women. I mean, Mary was still a virgin after I had sex with her; so, just dating someone is really big for me right now. 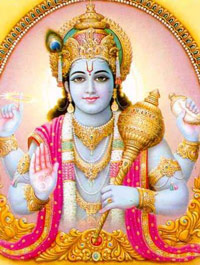 What person could resist Vishnu? This guy/girl totally oozes sex, and he/she wants to know you're into him/her at all times. If you've got to yell during sex, I get it. That's your thing. But, could you pick some other deity to shout to? Why not convert to Hinduism? There are like 330 million gods in that religion. You'll never run out. You'll be set for life. They've got some pretty awesome gods too. I mean, have you seen Vishnu? That dude has four arms; he'd probably be able to give you some pretty awesome tips in the sack.

So please, all I ask of you is that you stop yelling my name during sex. Oh, also, stop committing genocide. You guys are being real dicks.

Related
My Declaration of Independence From This Conversation
Sarah Vulpio
This Is a Message from “The Stinky Bandit”
Lucas Gardner
Christmas Brag Letter from Your Dickhead Neighbors, The Millers
Janet Eve Josselyn
Resources

I’m no Olympic biathlete, but it seems to me the most obvious winning strategy would be to shoot all your opponents and take the penalty laps for missing the targets.