Illustration by The Happy Dandelion

Donald and the Terrible, Horrible, No Good, Very Bad Pandemic

He could tell it was going to be one of THOSE pandemics.

I woke up with a pandemic in my hair. It was supposed to be gone by April, but it wasn’t. They told me I couldn’t use my super powerful secret handshake anymore and that calling it the “Chinese virus” was inciting racism. I could tell it was a terrible, horrible, no good, very bad pandemic.

The media questioned why I did a travel ban and governors didn’t listen to me even though I am president! In the morning I heard that Korea flattened the curve, then so did Taiwan, but all I got was cereal.

I could tell it was going to be a terrible, horrible, very bad pandemic. I could tell because Fox News said I wasn’t their best friend anymore. I hope you sit on a tack, I said to Fox News. I hope the next time you get a double-decker strawberry ice cream cone the ice cream part falls off the cone and lands in Australia!

In my press briefing, people listened to doctors and experts and not me! I said I knew it was a pandemic from the start. I said it would go away soon. I said we can’t let the cure be worse than the problem. I said if people don’t listen to me I’m going to make them open the economy. No one even answered. It was a terrible, horrible, no good, very bad pandemic.

At the task force meeting, Mike Pence’s mother packed him two cupcakes, and Doctor Fauci’s wife gave him a piece of jelly roll that had coconut sprinkles on it! Guess whose chef forgot to put in dessert? Then 30,000 people died, and everybody said it was all my fault.

It was a terrible, horrible, no good, very bad pandemic. That’s what it was because I wanted people to try this really great malaria drug, but they said we need to do science on it first. Who needs science! Science can go to Australia. At night, my bath was too hot, I got hand sanitizer in my eyes, my marble went down the drain, and I had to isolate in my presidential railroad-train pajamas. I hate my presidential railroad-train pajamas!

People said Joe would do better than me. My friend Boris was in the hospital. Then they even had Obama on the Television. I hate Obama! People want money, and everyone wants to be able to vote. There aren’t enough tests, and everybody is losing their jobs. People want me to wear a face mask and The New York Times wrote a mean article about me!

It has been a terrible, horrible, no good, very bad pandemic. Dr. Fauci says some pandemics are like that. Even in Australia! 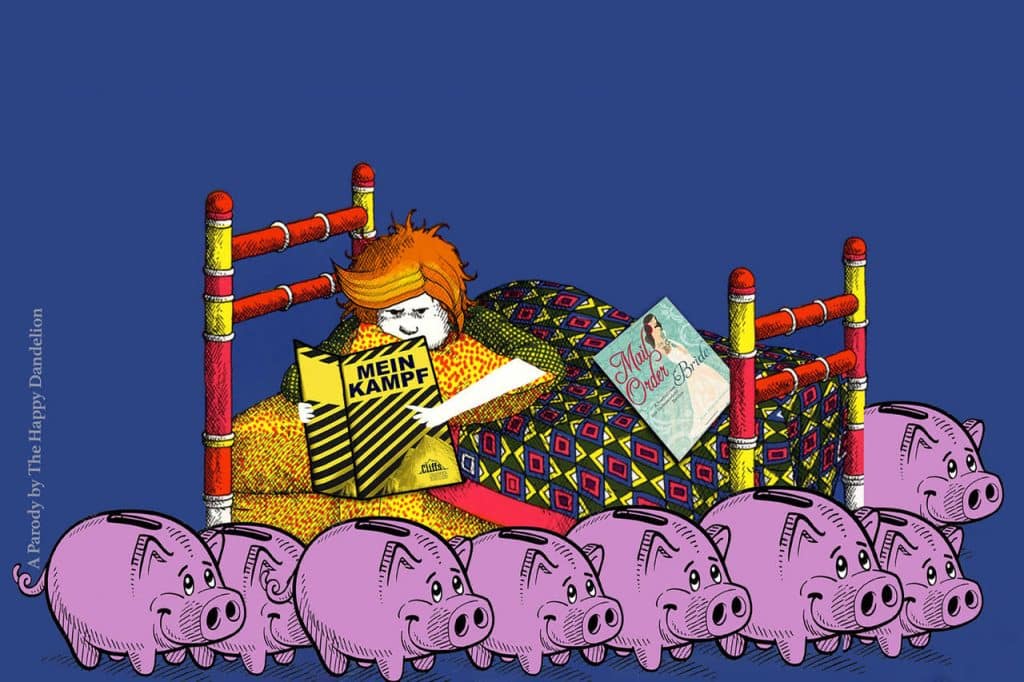 Illustration by The Happy Dandelion.

Related
I Am Very Special
Kevin McCarthy
I Just Returned from Space and I Will Bring It Up at Every Social Gathering
Bryan Brunati
Because of #Metoo, Every Time I Meet Another Woman, We Have to Bond, Swap Harassment Stories, Hug, and Drink Each Other’s Blood
Ginny Hogan
Resources