8 Christmas Gift Ideas for the Patriarchy in Your Life

A woman's guide for using her inferior brain to please her man.

Yoo hoo, ladies! Wondering what to get that special patriarchy in your life that already has everything? The answer is… more of everything! But how can you, a person who is not male, even begin to grasp the concept of "everything" with your busted, inferior female brain? Look no further—HOLIDAY GIFT GUIDE FOR THE PATRIARCHY to the rescue! 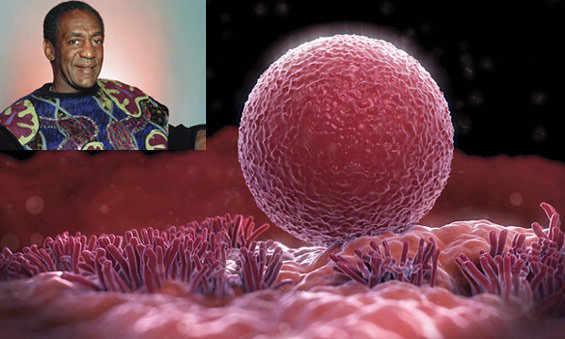 Read on for what to give this year, and forever.

That's right gals, the generous folks over at JustGiveUsYourFuckingOvariesAlreadyYouUselessBitch.com have made it extra simple to sign away all your reproductive rights to the patriarchy! Just enter your first name. You don't even have to spell it right—no one cares, you're just a blob of body parts without any idea of what's best for you. Once your ovaries plus whatever else you females have got up in there are gutted and gone, you won't ever have PMS again!

Talk about a reason for the season!

*Gold glitter erupts from where your cervix once was*

In the merry, bright, seasonally appropriate and immortal words of Ladytron: they only want you when you're seventeen / when you're twenty-one / you're no fun. Old enough to drink SoCo eggnog and spiced rum is old, period, so stay forever young and firm for daddy or just die.

3. A Box Set of Films That Don't Pass the Bechdel Test!

Including, but certainly not limited to, the entire James Bond franchise, all of Indiana Jones (even that Crystal disaster), every Die Hard, every Matrix, every Rocky, every Rambo, all the Spidermans, all the Batmans, all Westerns ever made, Star Wars 1-6, and the complete Michael Bay catalog. Deck the halls with boughs of glorious cinematic dick swinging, fa la la la la, la la la

Watch as your significant patriarchy wears it while gazing at you over a festive Salisbury Steak Deluxe that you prepared after he called you fat for the 4,045,789th time. You're not eating in this romantic dinner scene, btw, because you don't need to.

"You know," he says, resplendent in brightly patterned cable knit, "pro-rape culture is feminist propaganda. [Cosby voice] Victim blaming, schmaming! He said, she said? As if any man is listening when you babies talk. Rape kit?! They don't even test those! Stop drooling, darling, hold your head up— you know you love being skinny and we're gonna get you down to your goal weight. You like your quaaludes?"

Speaking of pro-rape culture being feminist propaganda, we highly recommend this unique gift that keeps on giving: live tweeting your rape!

Look ladies, the patriarchy knows you're faking all of these vicious sexual assaults. And even on the off chance you aren't faking, you're definitely asking for each and every last one! But don't hate the players, hate the game—this holiday season, let the patriarchy experience YOUR RAPE in REAL TIME. Use hashtag #RealTimeRape, and don't limit yourself to twitter! There's insta, FB, snapchat, yeti… ho, ho, ho indeed, you fucking whores!

6. Sexually Harass Yourself, So Men Won't Have To!

Call yourself out for having breasts of any size in your own kitchen, grab your own ass until it bruises in the shower. Ask yourself, would the patriarchy want me to feel comfortable in my own home? Nah, girls. So smile. You're so much prettier when you smile.

Watch as the patriarchy joyfully spends your hard earned .77 exactly as if it were a dollar. Tis the season!

*Patriarchy joyfully spends your .77, follows it up by gleefully sending you the bill for your rape kit*

Related
Relaxing Foreign Getaways That No Longer Accept Your U.S. Passport
Kate Anderson
How to Appropriately Move the Goalposts on Your 2020 Resolutions
Simon Henriques
All I Want for Christmas Is Emotions
Sarah Tighe
So You Want to Get Your Generic White Girl Tattoo Removed?
Rachel Marsh
Resources