Your Guide to Ignorant Voting

Four rules for choosing between candidates you've never heard of.

Voting is important. If people don't vote for their elected officials, then their elected officials won't be in a position to steal from their voters. Americans love to say that a well-informed populace is the best defense against a tyrannical government. Unfortunately for America, we are an ignorant population getting more ignorant as the years continue. I mean, Real Housewives of New Jersey looks classy compared to Jersey Shore, which looks classy compared to Here Comes Honey Boo Boo. American ignorance is not only prevalent, it is gaining steam like something that needs steam to get somewhere really fast. We're a stupid bunch of folks who don't pay attention to much more than sports, television, and fatty foods. But we're still allowed to vote because we haven't been convicted of any felonies (yet) and our bosses often let us get off work to participate in the election process, which is cool. 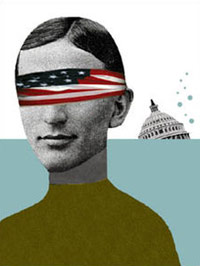 Because you deserve a mental vacation!Now, if you are like me you often find yourself in the voting booth not sure exactly what in the hell you are looking at. Sure, we all know going in who we want for president, but what about for all those other governmental roles that may or may not be important? I, for one, hardly ever know what I'm voting for after I write-in "Mary Poppins" for US President. Nevertheless, I fill out my ballot and I fill it out based on a system I invented years ago that has nothing to do with any kind of informed opinion of anything. I am awesome like that.

Anyway, I am now sharing with you the "Nate DeGraaf Guide to Ignorant Voting."

Rule #1: If there is a woman running, vote for her.

Women start fewer wars than men, and they're better liars. I wish all of our politicians were crazy-hot insane bitches who hide switchblades in their bras and say things like, "I need you to bend me over this desk and fuck me like a crack-whore who stole your wallet." Basically, I think we should have women in all non-military government positions because they're smarter, more manipulative, sexier, often more understanding, and smell nicer. Have you ever had a whiff of Newt Gingrich? Only thing that smells worse is rotting flesh on sulfur.

Rule #2: If no woman is running, vote for the dude with the longest name.

Men with long last names are more likely to be using their real names, which means they're more likely to be real people who understand how much it sucks that all governments are owned by wealthy special interests intent on stealing our collective purchasing power. I mean, do you really want to believe the ethnic-looking guy who says his last name is Adams when he's running against a pasty dude named Jablonski? Any man who stays in the political game with his really goofy, hard to pronounce long name is a man I can trust to fill a role in a corrupt government that couldn't give two rat turds about me.

Rule #3: If both candidates are men with long last names, vote for the one whose commercials bothered you the least.

Here's the deal, candidates for stuff: if your commercials irritate me considerably, I will not vote for you. This may sound superficial and stupid to you but then again, you are politicians, which means you understand the polemics of a public school education getting steadily weaker under federal reign, which means you should understand how I make decisions: ignorantly. If you thought I was informed, then you were the stupid one, which is funny to me. Annoying commercials may be a great way to annoy people, but they are a horrible way to get my vote.

Rule #4: If both candidates are men with long last names and you've never heard commercials from either of them, just flip a damn coin.

You don't want to be in that voting booth all day, after all. 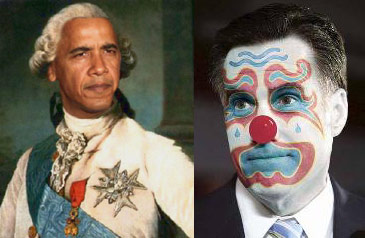 Heads they win, tails you lose.

Ignorant voting is every American's right. Our media and education do their best to insure that we are uninformed morons who vote based on whether we would enjoy having a beer with our prospective representative or which of the two candidates we find most attractive. Most of us believe the Federal Reserve belongs to the Federal government, cannot recall the Bill of Rights, and think that it's the president's job to stop kids from getting abortions. But we should still vote.

Voting has been proven, over the last thirty years, to do absolutely nothing to keep the American people from getting screwed. Therefore it is vital to get into that booth and decide which bought-and-paid-for stuffed suit you want in charge of lying to you. In America, we have two of the most important rights of any country in the world: the right to vote and the right to be total morons.

And if you don't like it you can move to Russia.

Related
Thank You for Your Support, from President of the Galaxy Elon Musk
Tyler Peterson
21 Clever Ways to Hide Your Budding Homosexuality While Home for the Holidays This Year
Garrett Schlichte
How to Yell at Fox News Coverage of the 2020 Democratic Candidates Without Upsetting Your Republican Relatives
Elizabeth Stamp
Resources