Shut the Fuck Up, You Were Not Abducted By Aliens

Science called, and it turns out you're just a narrow-minded dick.

Even though SETI has been sending out more unanswered calls than an aging Winona Ryder, we still haven't received any signals from other intelligent civilizations. The problem with predicting the chance of finding intelligent life elsewhere is that the mapping of our universe is in its infancy and concepts like the Drake equation are dependent upon too many unknowns. When taking into consideration the vastness of our galaxy, universe, and Chris Christie's small intestine, as well as the fact that alien civilizations could be operating on a variety of different frequencies on some 100 billion planets in the Milky Way proposed to be exoplanets, it becomes unsurprising we haven't met cosmic reverberation at the rate of Mitt Romney's indecision.

"Take me to your producer."

Even using Bayesian logic as regurgitated by Edwin Turner recently, which proposes that our own existence does not indicate that there is also life elsewhere, we still need to maintain a Copernican ideology of our existence. The sun doesn't revolve around the Earth, we weren't put here by an omnipotent creator, and we're probably not the only ones out there.

Listen. There's probably life on other heavenly bodies in our Universe. There's Keppler 22(b), 20(e), 20(f). There are Saturn's moons Titan, Enceladus, and Dione. There are Cauche horizons in black holes. There's the new "SuperEarth" GJ1214b. Until we develop the technology to span the far reaches of our universe, we remain in a sample size of one. Everything we say about the probability of life, what conditions are conducive to the development of life, and whether there's another planet where gays are just fucking ruining everybody's lives by getting married is merely speculative. 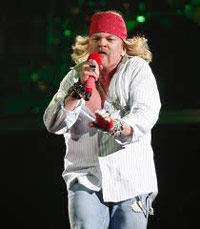 Axl Rose or Mike Piazza?
Within the confines of our own perceptual logic, we estimate that there could potentially be 50 quintillion (more zeroes than the crowd in a Guns N' Roses reunion concert) exoplanets. Disregarding the Fermi paradox, disregarding the cosmic silence we perceive, disregarding that we may just be the asshole neighbors that no other aliens want to hang out with because we always get drunk and play "Land Down Under" on the jukebox and purposely get dropped off at the bar so somebody else has to drive us home, for the sake of this article, we'll assume that there is intelligent life in the observable universe….

You still didn't fucking get abducted by aliens.

If a mysterious, unidentified source is reported to have human attributes, it's probably a construct of human perception.Greens, Greys, Nordics, Furry Hamsters. All anthropomorphized characters. All fucking wrong. Before it was Mother Nature, it was Poseidon the God of the Sea, it was demons corrupting the souls of people who just turned out to get the genetic short-end-of-the-stick. Let's dissect the common abduction experience: Little nude green guy comes into your room, takes you up into his room, shoves some shit up your ass. Despite this just sounding like a slow Tuesday night for Rob Kardashian, it's eerily similar to something else that's been going on across the world. Sleep paralysis is a fairly common ailment that 20-60% of the population has experienced at some time. In cases of sleep paralysis, the overriding theme is that the subject often experiences a feeling of the presence of evil, often coupled with leaving their physical body or being controlled by an insidious force. In the past, this phenomenon has propagated the development of mythical lore about succubae in the night, the "Old Hag" of Newfoundland, the Kanashibari in Japan, and the "Fat Chick From the Bar" in the United States. All of this because awareness during deep REM arises while your pons has continued to restrict motor function. This is a fairly common symptom to stress, lack of sleep, and not getting abducted by aliens. 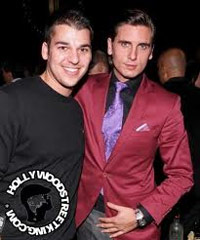 "We keep it in the family."

But even if it's not sleep paralysis, a dream, narcolepsy, temporal lobe epilepsy, lack of folds in the paracingulate sulcus, a tumor affecting the temporo-parietal junction, or that I accidentally slipped you mescaline instead of the rape drug, you still didn't fucking get abducted by aliens.

If we make the gross assumption that life can only be carbon-based and develop within the same parameters from which we arose, intergalactic explorers would definitely not be able to show up in your bedroom window freeballing it. We can't even go to our own moon without highly advanced apparatuses just so that we can adjust to the pressure, cold, and because they really want to look like Cuba Gooding, Jr. in Free Willy or whatever. Also, if aliens had sufficient technology to traverse the galaxy, the universe, or possibly even different dimensions, I think they'd probably be medically advanced enough to perfect the roofie.

"It will only hurt for a second, Radio."

If, more likely, they developed on a terrestrial body in a universe with different laws of physics, even slightly, and/or they are composed primarily of a different element, we'd have no fucking clue what it was, and it most certainly wouldn't have human qualities. If a mysterious, unidentified source is reported to have human attributes, it's probably a construct of human perception. In fact, aliens could be here right now, all around us, in a form we just assume developed here on Earth. I've suspected cats for fucking years. Most likely, even if a civilization is only a couple thousand years our elder, we wouldn't even be able to detect their presence or involvement in our lives, or as Arthur Clarke put it, "Any sufficiently advanced technology is indistinguishable from magic…unless it's Jesus—he's really magic." 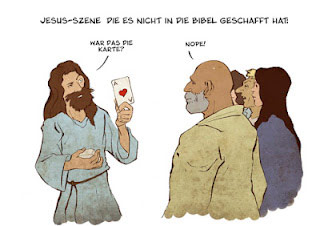 Let's just say I'm wrong. Fuck it, still don't worry. First, free prostate exams are nothing to fuss about as you grow older. Second, if an advanced alien civilization really wanted to kick our asses or use us for some treacherous purpose, don't you think they'd intervene before we developed more destructive weapons and progress technologically? Maybe aliens are somehow influencing our evolution or using us for some sick, sadistic purpose without our knowledge, but the reality remains, we don't know about it. Whether you have free will or not isn't important, it's the illusion that counts. So if we are human batteries or we're the preprogrammed offspring of an alien civilization with the sole purpose of proliferating the development of a new universe when our technology allows, all you can do is sit back and enjoy the sodomy.

More Like This
Email from Invading Aliens Accidentally Sent to My Inbox
Kevin McDermott
Soldiers, I’m Here to Tell You Aliens Exist and They’re Mean as Hell
Libby Marshall
All These Jokes About Appearance Were Just Uncalled For, Michelle Wolf
Elizabeth Scher
Comedy Courses

The worst part about being blonde is that people assume you’re having fun.