Why My Tennis Instructor Abandoned Me

In a flimsy relationship, it's hard to tell which person really dropped the ball.

Usually after finishing our half-hour tennis lesson during the past several months, my instructor would ask me when I wanted to have another lesson.

A few weeks ago he didn’t ask me that.

Our relationship has ended.

When it began, he sent me text messages asking about days and times when I could take a lesson. From the start we had been focused on fixing my forehand because it was, and still is, lame. I couldn’t stop launching the balls towards the ceiling and into the curtain some twenty feet behind the court’s baseline. When I did this he made an unsettling noise sort of like a cat shrieking.

“You need to hit that forehand more consistently,” he said.

Those were his parting words.

For a while I thought it was the money he wanted out of me. Not improving, I figured, was good for him because that would mean I would pay him to have more lessons. But evidently not dealing with me anymore is worth more to him than what I pay him for lessons.

Mark this down as another relationship of mine that has gone south towards the equator. You know the scenario. Two people just stop talking to each other. There usually isn’t a big argument at the end. They just avoid each other, usually for the rest of their lives.

Whether my tennis game improves seems to be less important to him than not having to watch me mis-hit the ball dozens of times. Maybe he figured I will never get it right so it wasn’t worth his effort. Maybe he got tired of me talking all the time during the lessons and asking him vexing questions about the forehand swing. 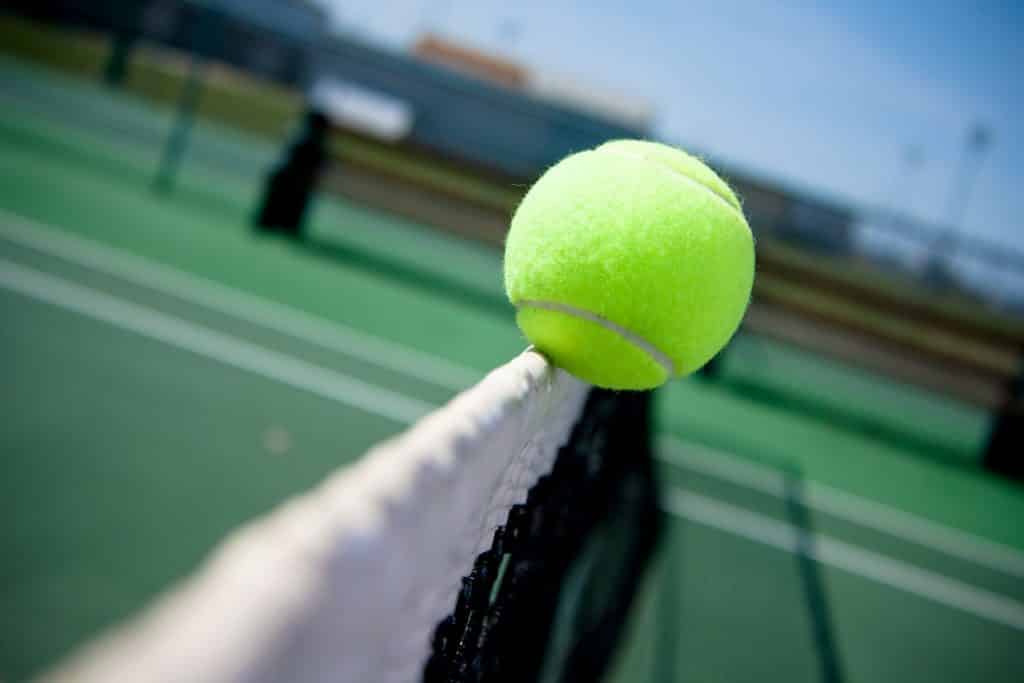 Sometimes things won't fall your way, and you'll have to leave the ball in someone else's court.

Being abandoned by my instructors has become a trend. A few years ago I had a nutritionist who, suddenly, stopped calling and texting me even though I felt the need to come see him to confess about eating Big Macs and caramel sundaes when he told me I needed to eat carrots and green beans. He broke his silence a few months later saying he had gotten out of the nutritionist field. No more meetings.