Why Alien³ is the Best of the Quadrilogy

The classic sci-fi horror franchise peaks at the third power.

The film Alien set the benchmark for science fiction horror. Up to that point in cinema, aliens were all friendly, cuddly, wanting to make sweet love to you no matter what color your skin or the fact you only had one penis and they had three vaginas around select parts of the body.

Alien is also arguably the scariest movie ever screened of any genre. People were more gullible in those days; the scariest thing they'd seen up until then was more than one black person in the same place. In the 30-odd years since its release, very few films have encouraged such a response as Alien.

This is because nobody knew what the fuck, making company execs ever since long to replicate that efficient blend of "knowing-but-not-knowing," having viewers throw up in their seats, shit their pants, or go into labor while throwing up in their seats and shitting their pants.

Fincher combined the horror of the first film and merged it with the testosterone of the second. You know, nothing but men—enough to restrain all that woman.You never really saw the alien. That was the big deal of it all. You only saw it for any extended period of time when it was a baby. The next time it made an appearance it became a lesson to lay down more rat-traps in the cellar, but the only part that registered was the fucking size of the thing and all those fucking teeth.

Alternate director's cuts of the alien doing a backwards crab-shuffle, or Captain Dallas being discovered by Ripley during her senselessly running backwards and forwards, enabling and disabling the ship's self-destruct mechanism all the while attempting her own escape while simultaneously saving the cat (something I like to call PMS) would have completely destroyed the illusion. Because in keeping it concealed, 80% of the horror was left to the imagination. The scary-as-shit thing about Dallas was that the body was never found. We knew it was a stealth killing machine because the dude infatuated with bioweapons research had a wet dream just thinking about it, but as far as what it could do, it was all left rather suggestive. 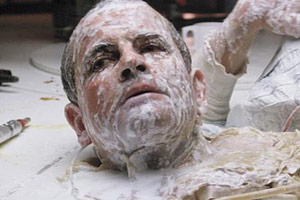 And then we get to H.R. Giger's design. The guy took opiates to PROTECT himself from his nightmares. That means this is the shit he dreams up when he's fucking restful! And what does he design? Something that combats man's fear of getting his face too close to a vagina. By insinuating that fingers will wrap around his skull to draw him in and a penis thrust into his mouth to feed him seed. The film also centers on the fear of childbirth.

One of the most iconic scenes in the film (next to Linda Lovelace and riding a bicycle across the moon) is notorious for its surprise, shock-value, horror, and gore. Combined with the original take on "truckers in space" and realistic, everyday dialogue, Alien remains truly unbeaten. Except this is about Alien3. So fuck you and what you don't know.

Instead of keeping the ingredients the same but providing a worse script, James Cameron changed the formula entirely and reinvented the franchise. He kept the strong female role model unconventionally beautiful, able to punch through steel, and looking good in spacesuit undergarments. Then he gave her a female co-star with whom to butt heads, and she was even MORE unconventionally beautiful… 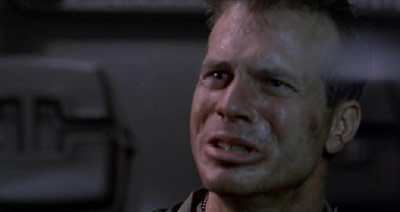 And then he revved up the testosterone by adding the number of testicles it would take to keep Lt. Ellen Fucking Ripley hormonally subdued. And guns. Lots of guns. His secondary plan was a simple one, one he would stick to steadfastly throughout his whole career: plaster as much in blue hues as possible. 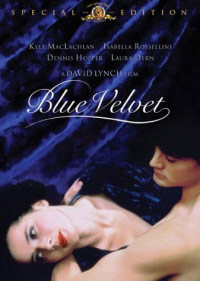 Around the time of Aliens, blue was symbolic for "very sexy."

The slogan would be simple, but ambiguous, likely to raise questions. The first film's slogan, "In Space No One Can Hear You Scream" left people like, "Huh?" Because nobody had anything to go on but an enormous egg and a cast of unknowns. But the sequel? "This Time, It's War!"—"Holy shit, if it wasn't war last time?!?! Somebody call a doctor, my asshole just exploded!"

So, the Company's finest, the unstoppables. We would see how the aliens could measure up against gunpower. We were being promised horror and high-adrenaline action. We had ace characters too. People we could connect with and admire, with awesome names like "Drake" and "Frost" and "Hicks." Some would represent our bull-headedness, some our cool, our collectedness and calm, some our authoritativeness, and later on down the line, all of them, our fear.

A family in a way, built on hardcore and discipline. Sibling-like rivalry and affection. And we couldn't wait to see them get the shit ripped out of them. Oh, and one of them android thingies that caused all the chaos in the first film. Uh-oh, I can see where this is going to go. 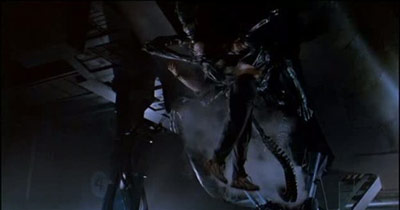 Once more we had an unusually long build-up to the film, what Paul W. S. Anderson of Alien vs. Predator thought was the sole recipe for success in making the films the magic that they were. But no, it was also the words on the page that you gave to the actors. And the actors. And, sorry buddy, but… 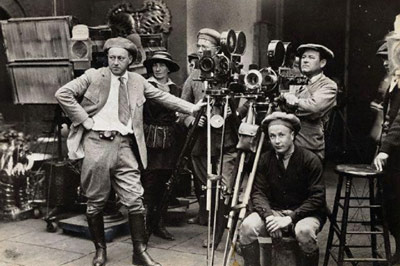 Yeah, this guy as well.

The aliens had less identity (except for the one at the end). They could quite easily be destroyed given the right tools of the trade. It took away some of the mysticism of the first film. That said, we knew just how capable they were of completely overrunning their environment. Their numbers and complete lack of self-worth for the greater good of the species made them ultimately indestructible. 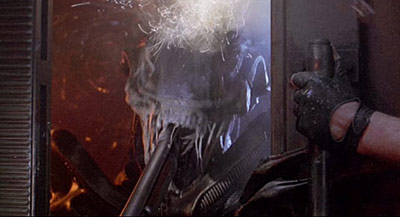 It's remarkable just how well James Cameron reworked the vision of Alien, giving it an enormous pair of testicles only to match the quality of the preceding masterpiece. He taught us a shit-ton more about the aliens too (nothing too complex, simply that they're just like ants), again removing the mysticism but also… 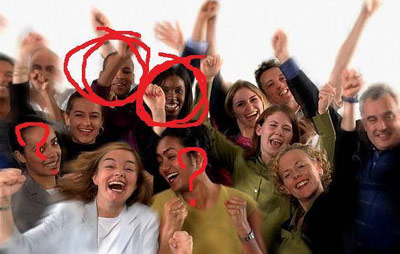 They live among us!

David Fincher killed off two of the main characters at the very beginning of the film, setting a very dark precedent to what we already knew was going to be some pretty dark shit. Nobody likes being alone, unless it's around nine o'clock, the parents have gone to bed and Porky's is on. Nothing says erection like frumpy fräuleins yanking my junk through a hole in the wall, you know.

Fans responded very harshly to the deaths of Hicks and Newt, including James Cameron himself, saying that "it was a stab in the face to all Aliens fans" or something. It had to be done though, otherwise Ripley would have someone to corroborate her story.

"Oh, I'm sorry, James, what was that you were you saying?"

Fincher combined the horror of the first film and merged it with the testosterone of the second. You know, nothing but men—enough to restrain all that woman. If mentally or hormonally it didn't work, well then there'd always be the old-fashioned way…

The design of the alien was more slick and agile than anything we'd seen before, and it had to be. Get back to the hunter-killer instincts of the first one, able to adapt to any environment. Not those stock, grunt-like pussies from the second film that could be killed by a grenade to the face. Pssh.

He took away the humane yet still made it a tale of redemption, both for Ripley and the prisoners, people who no one gave a shit about… society's outcasts (although to be fair they did kinda belong on an isolated dust-ball). Where their desperate belief in a God-they'd-found-in-space's asshole led them to go up against the beast with no weapons whatsoever. 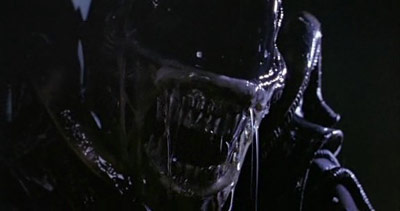 Atheist here thinking we need a plan B?

The budget for this film was by far the highest of the three. They had to make it the success of the first two. The problem was that Fincher never had a script. Chunks of the film (major pieces of the plot) were removed in editing, and before Fincher knew it the effects budgets were being restricted and his vision narrowed down.

Despite its critics, the film's story, atmosphere, pacing, environments, lighting, camera angles, and superior music to the prequels, even when collectively only half complete, were just as much of a fuck to the psyche as a film like Se7en. Every word of dialogue added more weight to carry around the neck as hope dissolved, walls collapsed, and claustrophobia set in. Plus, the one line that can get you out of any engagement: "Yeah well, you don't wanna know me, lady. I'm a murderer and rapist of women."

Most of the actors spoke The Queen's English, making the world even more alien. The language ties into the Victorian Age, which ties into the psychology of wanting to satisfy a strict, domineering matriarchal figure, which when combined with face-hugging vaginas in the face and taking over the responsibility of childbirth…

In this film there was no hope from the very beginning, the truth of which was cleverly kept at bay until the very end of the film. Ripley survived a crash only to lose once more everyone she knew and loved, contract pubic lice, and have every man within a twenty mile radius want to rape her. I mean, can't this cunt ever catch a break?! 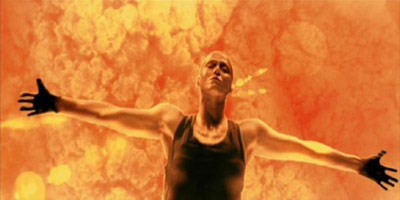 Apparently not. Oh, and SPOILER ALERT. 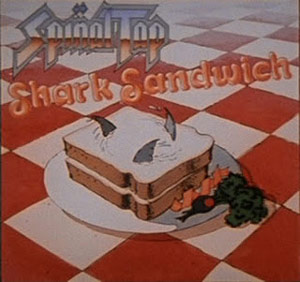 Hoping we're all on the same page.