A firsthand account of the feminist struggles in the sordid campus ivory tower.

I have long been skeptical of claims from uber-feminists that sexism remains rampant in American society. Looking around, I see women gainfully employed, many in managerial positions, where they hold sway over male employees whom they tyrannize with impunity. On college campuses, it often appears that men are a dying breed, with some schools reporting as many as 60% of their students being female. That conforms pretty closely to a head count I did up at the UC Santa Cruz Campus yesterday, and the day before (the day before that was Sunday, which is always a little slow). 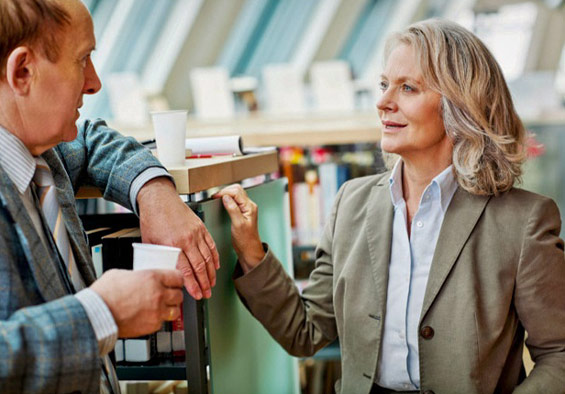 But these are appearances, and they can be deceptive. Yes, it is true that women in the private sector long ago escaped sexual harassment, and it is really not a problem there; it is true that low level women in both the private and public sector—the janitors and cafeteria and other food service workers of the world—are almost totally free of the once all-too-common daily degradations of on-the-job sexism; that they, like their male counterparts, are free to show up close to on time and put in as passive-aggressive and lackluster a time killing day at work as their numbed souls will allow. Yes, there has been progress. Even among students, most sex in campus Greek houses is now reported to be consensual, and the men do their best to aim their ejaculate away from women's clothes, out of consideration.

But that does not mean all sectors of society are free of sexism? No, it is alive and well, and it is most alive and well among the professoriate on America's college campuses.

As most of you likely thought, I long believed the female professors and campus agitators to be nothing but frustrated lesbians, nitpicking and fine-tooth-comb searching for the most obscure and, really, dubious evidence of sexism simply to advance their careers, push an ideological agenda, get all penises off campus, or just vent the endless well springs of their innate female hysteria.

But I was wrong.

I went undercover at several UC schools—Santa Cruz, Irvine, Santa Barbara, Davis, and UCLA—and what I saw while hiding in the ventilation systems of female professors' offices shocked me.

Not just daily, but often hourly, these women are subject to near constant sexual degradation from all men on staff. All male professors—be they relatively virulent, new adjunct staff roped in to doing most of the shit work of teaching, or Viagra-addled emeritus professors with necks like turkey buzzards—at all of these schools are more or less free to waltz in to any female professor's office anytime they want and subject her to a more than generous splat of semen that either they, or she, or both of them, wank into her face.

From my spot in the heating vent in one Women's Studies Assistant Professor's Office at UC Santa Barbara, I saw "Dr. Andrea Dw_______" being done from behind by a guy high-fiving the truly aged guy she was blowing, all the while stroking off what looked like two graduate assistants—bearded, Marxist revolutionary types—one on each side. The Marxists refused to high-five on some kind of anti-jock principle, but kept saying to each other "this is fuckin' awesome comrade," and, upon their simultaneous ejaculation, both moaned out "vive la orgasm!" and gave each other a Hitler salute before falling backwards into the poor woman's stack of ungraded term papers.

For some reason, the guys in front and back insisted on pulling out when they ejaculated about three minutes later, so ended up more or less doused in arcing buckets of graduate and professor semen. They left, and she did her best to towel off and go teach her post-colonial chick lit freshman seminar.

I saw more or less the same scene repeated in countless female professors' offices. I also spied on all kinds of scholastic journal offices and saw there, too, streams of men filing in, stroking their cocks to hardness and subjecting the all-female editorial staff to all manner of rear, side, and frontal entries. None of what I saw was rape per se—as the women could have simply taken other, less remunerative, lower status jobs that didn't require of them that they suck and take in all that dick—but still, the spectacle of all these campus feminists and even run-of-the-mill female professors (more or less exclusively in the humanities) being dicked with such sickening regularity did change my whole perspective on the kind of things published in Ms. Magazine and The Nation. I now find them a little less annoying.

I realized that all this hysteria about campus rape epidemics and weird intercourse codes promoted by campus feminists, lesbians, and a goodly share of even the heterosexual PhD's (though never enthusiastically so) was really their own desperate cry for help—to be saved from all this spurting intelligentsia cock. For them the relatively normal, consensual sex lives of undergraduates are painful reminders that sex can be healthy and normal and orgasmic for both people. Naturally, they want to blot that idea out, and make the same sick, disgusting, infantilizing, humiliation out of everyone else's sex that they are subjected to.

These poor female professors, the full ones, the associate ones, and the assistant ones all kissing female ass in addition to sucking man dick in vain hopes of getting tenure (and, let's not forget the high-powered ones, those shortlisted to one day be school administrators or even serve in a future Clinton administration), their days were nothing short of a constant carousel of ejaculating cocks. I know because I saw it first-hand, from the air vents in their offices.

It was as if one dickhead said, "You want to get your clarion call to emasculate all male CEO's published in the next edition of The Iowa Lesbian Review? Then be here same time tomorrow for another eyeful."

Then they turned to the next dickhead who said, "You'll keep bathing in this shit if you want to keep working three days a week for no more than three hours each day and taking whole years off to research your Sojourner Truth biographies, bitch."

And then they turned to yet another dickhead, praying that somewhere, among all these dickheads there was one sympathetic voice, but the next one just said, "You know if you don't enjoy this, then you can always go back to teaching all the lame freshman courses."

It looked like some of them were enjoying it, but I can only believe that they were making a virtue of something they convinced themselves was a necessity. Yes, I guess women should have equal access to the Ivory Tower, from where they should be able to look down on the rest of us on an equal footing with the men who look down on us too; but really, they could just quit, escape sperm city, and join the rest of us down here in the flats, working our dignified fry cook jobs. Sure, the pay is low, and it's hard to be taken seriously when you scold people for their backwardness and inferiority (who cares what a fry cook thinks?), but at least none of us—man, woman, or teenager—have to bathe in professor jizz three times a day just to keep our jobs.