I spent the best years of my life digging through the internet to create the listicles you ignore on your Facebook feed.

Now sonny, you don't understand what it was like back when I worked deep, deep in the content mines. After the media industry miraculously created a sustainable economic model where contributors were paid living wages for their labor, most of the mines went away. Now people in media can afford to live in the urban centers where most media outlets are based and… 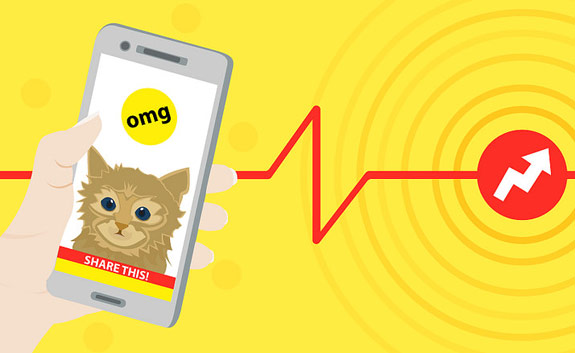 Dagnabit! Grandpa's been babbling again… my attention span is done shot after those long days and nights toiling to find pieces of prime content!

Ah, I remember management would pay a nickel for a photo of a corgi gnawing a flower, or a reductive and over-simplistic political cartoon. If you got ten or fifteen chucks o' content, they'd dust 'em off, sling ‘em together, and publish 'em as a slideshow. Granted you'd only get paid a buck or two but you did what you had to do to survive.

It was cutthroat down in the mines. So many bright-eyed, bushy-tailed creatives went down below the surface. Some of them didn't return, and those that did were changed forever.

I had a friend who was a fellow miner. One day he discovered something rare, a video with only 10 views where a grandmother hits the dance floor and you wouldn't believe what happens next. Just after he got it to the surface, all the other miners had brought up their own copies. They didn't even link to his post! I remember seeing him in the saloon the next day with a drink in his hand and a dead look in his eye. We in the industry would call that an epic fail!

Even when you found a vein of relatable content, sometime it would run dry quicker than a jackrabbit runnin' from a coyote. I remember when people couldn't get enough of sloths! We'd extract photos and gifs of sloths to be made into memes. All of a sudden demand went bust! No matter how many times you put “ME AT WORK” over a gif of a sloth falling asleep, no one would click on it!

The days we would work were long. We weren't paid by the hour and the only things we could count on at the end of a day were strained eyes and hurt wrists.

Once I was so tired that I messed up a listicle real bad. I combined “12 Signs It's Time to Move On” and “10 Thai Dishes You Can Easily Make at Home” and “7 Things You'll Only Get If You Graduated Penn State in 1993.” The listicle was a disaster and management got furious emails both from people who had broken up with their girlfriends because they made Pad Thai, and Penn State alumni who didn't remember “sleeping with his back to you and a distant look in his eyes” as a part of their time in Happy Valley.

Not all of it was bad. Heck, one time a major site gave me the chance to work in their mine for exposure. they didn't pay me a cent but I got some great opportunities to work for free for some other high falutin' mines.

What? Grandpa's boring you?

Alright scamp, go on and put on your Oculus 7D headset and kill some zombies. I'm gonna finish up this cup of coffee and read “11 Reasons Why Working in the Content Mines was the Worst.”

Related
No, Our Restaurant Was Not “Shut Down,” We Are Simply Pivoting
Jessica Lillian
If Fighting Climate Change Means Slowing Down the Surging Wild Pig Population, Count Me Out
Christian Harrington
New York City Sights to See During Your Next Emotional Breakdown
Julia Claire
This Is a Corporate Restructuring Team-Building Exercise, Not Downsizing
John Murray
Resources