This applies to "Ghosts in the Graveyard," four-square, and pretty much any other game you used to enjoy.  If you're still engaging in these activities, odds are you're the only participant over the age of twelve, or you're drunk.

This applies to "Ghosts in the Graveyard," four-square, and pretty much any other game you used to enjoy.  If you're still engaging in these activities, odds are you're the only participant over the age of twelve, or you're drunk.

For example, last weekend, I went to visit my extended family, and it was my cousin's 8th birthday party.  All his friends were over, and they wanted me to play hide-and-seek with them.  It was his birthday and all, so what the hell, right?  So I go and hide in the hall closet. 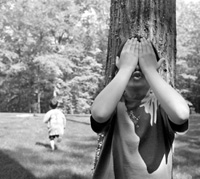 A minute passes.  Two minutes.  Three minutes. I wondered what the hell was going on.  I mean, I was in a really obvious spot.  I started thinking, "Wow. Either I haven't lost my hide-and-seek prowess or these kids are fucking retarded."

After five minutes I finally exited my hiding spot.  Turns out they weren't really playing hide-and-seek.  They just wanted to see how long I would stay hidden before I got pissed.  I got fucked over by a group of 8-year-olds.

I used to love this game.  I also used to think Queen Frostine was hot.  Neither of those facts remain true today.

Have any of you played this game recently?  First of all, the person who designed it was obviously high.  Lord Licorice, Mr. Mint, Gramma Nut, Gloppy the Molasses Monster?  Those, my friends, are the creations of a person who is under the influence of some drug.  Secondly, it's boring as shit.  Under "skills required" on Wikipedia it lists only "color recognition."  All you do is pick a card with a color on it, and move to a square of that color.  And we wonder why kids spend so much time watching television.  When Candy Land is your alternative, there's really no choice. 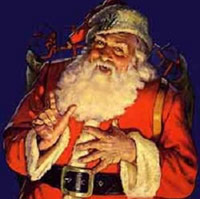 My life changed the day my grandma told me there was no such thing as Santa Claus.  Yes, that's right.  My grandma.  Most grandmothers probably bake cookies, watch The Price is Right, and send you twelve dollars on your birthday.  Mine ruined my childhood.

One time my uncle made sleigh tracks in the snow to convince my cousins and I that Santa had been there.  I mean, my family really put in some work to keep us believing all those years.  And then my grandma proceeded to tear down the foundation on which my life was built.  Horrifying.

4. Beg Your Parents for Money 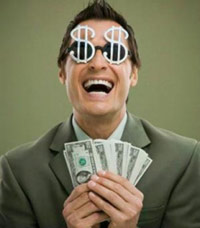 At this point in our lives, it's almost pathetic when we ask our parents for money.  The primary reason for this is because they know we're just going to spend any funds they give us on alcohol anyway.

Right before I came back to college after Christmas, my dad gave me one hundred dollars as some "spending money."  He knows it's going towards beer, I know it's going towards beer.  I guess that was a holiday exception or something, but that's not going to happen very often.  I remember when I was younger I would get like five dollars for every "A" on my report card.  You can't really do that now.  It's hard to ask for money for good grades when your parents are paying like $5,000 a quarter for you to get those same good grades.

5. Beat the Shit Out of Each Other 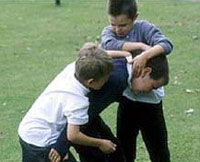 I don't know if this is normal, but my friends used to come over and we would have like a mini-UFC tournament.  We would literally just annihilate each other.  My little sister had a toy kitchen, and I would always hide the fake, plastic loaf of bread in the fake oven.  During the fight, I would pull that out and use it as a weapon.  At that age, no one is risking injury because everyone is the same size.  If my friends and I did this now, we're looking at broken bones, lawsuits, and jail-time. 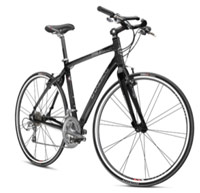 My bike used to be my life.  My friends and I would have races around the neighborhood, and they were cutthroat; if I came in second, I would be pissed for weeks.  And sometimes I would put playing cards in the spokes and think I was a badass.  But after awhile, I started to realize cars were invented for a reason.

Last summer my mom and I were going to go somewhere relatively close and she asked me if I wanted to bike there.  I thought, "Well, I could either spend a ton of time riding an uncomfortable apparatus that would cause me scrotal pain, or I could get into a vehicle and be there in a fraction of the time."  I always laugh when I see those middle-age people that are really into biking.  They always look at you like, "What are you staring at?  I'm just a 45-year-old man wearing skin-tight clothing riding a toy made for 11-year-olds."  Unless you're Lance Armstrong, riding a bike should be banned for anyone over the age of 16. 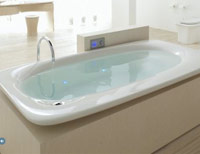 A bath used to be the primary way of getting clean.  After you're introduced to showers, the world is a different place.  You could either spend fifteen minutes taking a shower, or you could spent that much time just preparing the water for a bath.

Personal story: when the fifth Harry Potter came out, I bought it the first day and decided to read it while taking a bath.  Five minutes and about eight pages in, I dropped it in the water, ruining it, and forcing me to go back to the store to buy a new copy.  So thanks, bath. 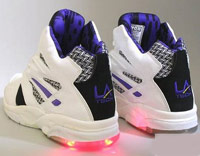 Let's just all admit this: if light-up shoes came in adult sizes, we'd all still be wearing them.  Those shoes with the roller skates in them?  No, those were gay.  But light-up shoes?  Just as the number of wives you had was a symbol of power in the fourteenth century, light-up shoes showed you were a god among 7-year-olds.

If this country wants an economic stimulus, make these shoes available in bigger sizes.  Not only would millions of dollars be poured into the economy, but the sight of flashing lights everywhere would rescue us from our seemingly nationwide depressed state.  Hundreds of years from now, scholars will look back and say, "That New Deal thing was alright, but light-up shoes saved the United States of America.  May God bless Sketchers."