Let's face it: there's a lot of awful music out there. Back when we had Napster, we never felt bad for illegally downloading a song, even if we knew we should—like when "Save the Starving Children of Africa" commercials come on and you change the channel. No one likes things that suck.

During this golden era, shitty bands were exposed at a faster rate than they could be cloned (Blink 182, Sum 41, etc.), saving us a lot of money in the process. Unfortunately, the music industry locked down our piracy parade and now we're at the mercy of guesswork again. But don't worry…el Intersection has the inside scoop.

Over time, I have compiled what I believe are the best tips for avoiding shitty music from bands with names that promise more than the band can deliver.

Tip #1: Avoid bands with food in the title. 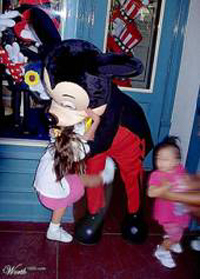 Unless you have synesthesia, delicious things don't belong in your ear. However, this method normally produces results for bands because we have been trained from an early age to recognize that things like cake, meatloaf, and jam do not, in fact, suck. Moreover, only a terrorist would say such a thing. This fact did not escape crappy and overrated bands like Cake, Meatloaf and Pearl Jam.

Getting fooled by this type of band name often leads to this scenario: some guy comes up to you on the street and declares Cake sucks, but his screams of "I meant the band!" are drowned out by the sound of you viciously—and repeatedly—kicking him in the sac.

Tip #2: Avoid bands whose name brags about their talent. 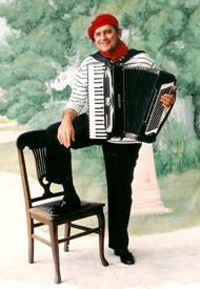 His first album: "Ezra: Better than you think."

There are a few reasons this should make you drop a band's CD immediately. First example: Good Charlotte. Hey, I'm not asking for Unfuckingbelieveable Charlotte, but it could sound more like a band name, and more importantly, less like a Lifetime movie. Maybe make the effort to set yourself apart. Better than Ezra took a bold step by using direct comparison, but this, too, failed. The problem here is two-fold: first, there's no frame of reference (who the fuck is Ezra?), and second, no sir, you most certainly are not.

His first album: "Ezra: Better than you think."

Tip #3: Avoid bands with official titles that mean nothing.

The Presidents of the United States of America never fooled us, but their hit song "Peaches"—which made it pretty clear they were "going to the country" to absolutely destroy some goddamn peaches—left a lot of questions. Most notably: why?

Tip #4: Avoid bands with names that prey on childhood memories.

Fall Out Boy and The Ataris each stole their names—from a Simpsons character and an early video game system, respectively. These bands apparently slept through the 90's during which time these things were both determined to be fucking awful.

What here doesn't end in therapy?

The worst offender of this bunch is the band Atreyu, whose name was stolen from the 80's movie The Neverending Story. Their "music" is the aural equivalent of forcing your childhood memories to sit on Falkor's lap just long enough for things to get…uncomfortable.

What here doesn't end in therapy?

Honorable mentions in this category are Sting and The Dismemberment Plan, both of which lose any badass credibility the moment you hear any of their songs—normally over the PA system at Pottery Barn. 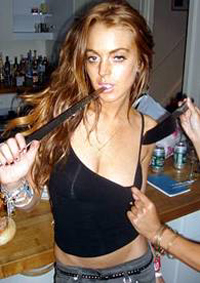 For bonus points: How many have been in both?But Guns N' Roses is easily the most successful of this group. This band was able to remain relevant for decades despite a lack of any albums for 15 years. The band name is irresistible, as evidenced by the fact that more random guys have been in Guns N' Roses than in Lindsay Lohan—though not by much.

Often, these bands, like Arctic Monkeys and Goo Goo Dolls, have horrible reasons for their band names. They rely on your confusion—or lack of brain function—to sell records. Regardless, neither compares to the deception by Vampire Weekend.

Music critics seem to love everything Vampire Weekend does. I haven't seen this much blind adoration since Germany in '33. But here's what you should know: it's a group of Ivy League-educated hipsters who think it's cute to write songs about grammar and dress their music up in dashikis. If they were so eager to make emo kids sway back and forth, they didn't need to write a fucking album; just open a window and let a cross breeze in.

Now you know their secrets. Good luck out there.