Nothing makes me sleepier than the sounds of a knife ripping through a cow corpse.

Look, I get it, it's nearly impossible to fall asleep in a world fueled by 5-hour Energy drinks, Java Monsters, and Dewskis. But what are you gonna do? Stop drinking them?! Get real, man. What you need is one of those sweet relaxation soundscapes that your step-mom plays at her massage studio.

The only problem is that all of them are the same: birds chirping, rain falling, wind blowing, some jerk on Ambien just barely playing the synthesizer enough for it to qualify as music. Sure, all of that stuff is relaxing to some, but what about the rest of us? The weirdos? The goons? The whackos who find the more unusual background sounds to be soothing?

Well, all you whackos out there are in luck, because I have compiled a list of 10 less-popular relaxation soundscapes that just might help you catch a few more of those sweet, sweet Z's. 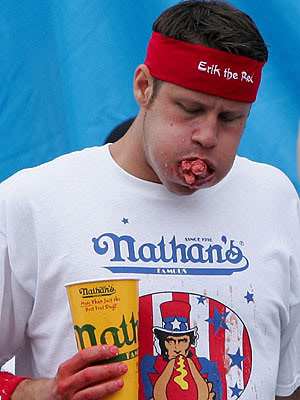 Do you find stomach gurgling sounds relaxing? What about the sound of someone jamming processed meat trimmings down their gullet? Or a crowd of nauseated people cheering in disgust? If those things, plus endless amounts of burp sounds, seem soothing to you, then this soundscape is your one-way ticket to Snoozeville.

Ah, children laughing. Honestly, is there any sound MORE soothing? Just combine that with the sounds of thousands of sticky plastic balls rustling around, some kid picking his nose and eating it, an angry mother telling her kid to finish his/her Happy Meal, and a drugged-out employee sifting through the balls to try and remember where he stashed his peace pipe, and you've got yourself a relaxing mix of sounds sure to knock you right out. 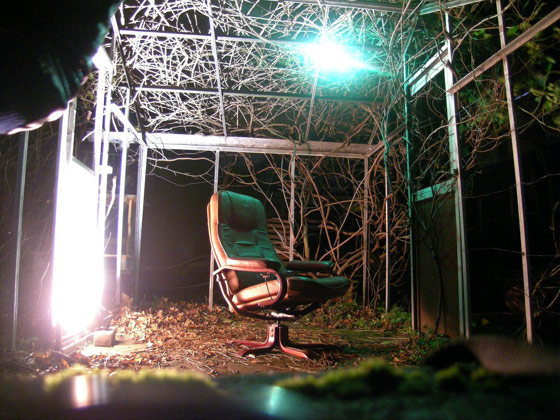 It's simple, yet highly meditative. Just the sound of a creepy 9-year-old schizophrenic girl giggling as she bounces a tennis ball on the ground mixed with the occasional night-terror scream echoing from down the hall.

The only thing more calming than a series of mysteriously moist noises is being assured that those noises are from a bunch of men handling various animal carcasses. What's that? A dead pig getting its brains sucked out through a hose? A knife ripping a cow corpse in half? Either way, it'll make you tired as heck!

Mmm, the gentle pitter-patter of a mouse scurrying through the forest. He scurries toward a fellow rodent, a graceful chipmunk gnawing peacefully at an acorn, and they playfully prance through a wonderland of wilderness. All of the sudden a big fucking python pops up out of nowhere and swallows them both at once. Man, I could fall asleep just thinking about it! 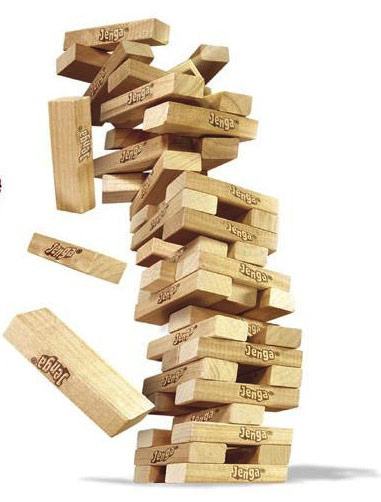 It's the best part of this classic Parker Brothers game and everyone knows it. Sure, the strategic removal of each block can be exhilarating, but sometimes you just gotta relax. That's where a loop of Jenga towers falling down comes into play, my friend. Just imagine it, an hour straight of that soothing feeling knowing that you now have to pick up every single goddamn block and put it back in that stupid plastic thing and then put THAT back in the box afterwards… now that's what I call paradise!

Really, the audio track of any historical drama should do the trick, but Hotel Rwanda is highly recommended as a sleep-aid for its numerous cries of Tutsi refugees and the occasional sound of Nick Nolte's voice.

8. Set break at a Phish concert 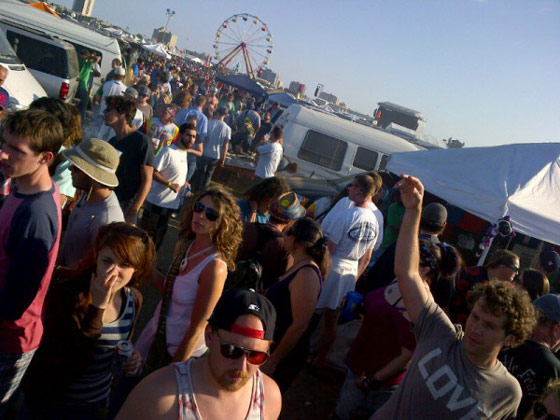 The in-depth critiques of a 40-minute version of "AC/DC Bag" by stoned 24-year-olds, the sound of hundreds of disgruntled girlfriends begging to go home, the flippity flop of thousands of flip-flops clumsily slapping the beer-soaked grass, and the occasional dude walking by asking if anyone wants some "Molly." Trust me, you'll be dozing in no time.

9. Grown men having a deep discussion about Thor: The Dark World

If you're really going for that heavily tranquilized feeling, I highly recommend this soundscape. Be advised, though, the content of this one may bore you to sleep so hard that you never want to wake up again.

Uh, uh, uh!! That's the sound of you sleeping, my friend. With this seemingly endless montage of every single one of Tim Allen's hilarious grunts, you'll be out faster than you can say "Al Borland's flannel shirt." Oh, and lucky for you, it's on YouTube!