Dear NASA, Get Me Off the Moon Now Please

I just want to start by saying, I'm not mad.

Seriously, NASA. It's cool. I get it. "Oh, I'll just stow away on Apollo 17. Hang out with some astronauts. Hit on moon chicks. It'll be fun!" Yeah. I didn't really think that one through. It was kind of a dick move on my part. That said…

GET ME OFF THIS FUCKING ROCK ALREADY. 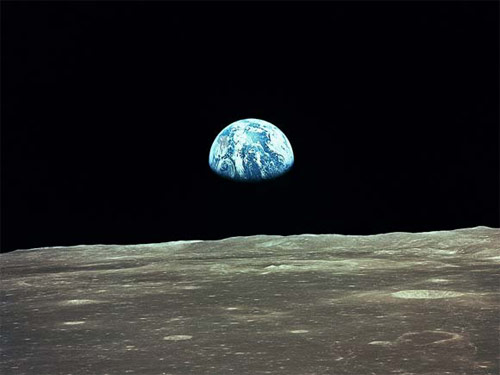 This view gets old, fast.

Let's face it, we were both in the wrong. I'm not trying to downplay my share of the blame. I sneaked on board without your permission, and that's on me. I wouldn't have had to if you'd just invited me, like I asked, but it was rude nonetheless. I also ate a lot of your astronaut food, but in my defense, it was pretty awful. You guys really need to work on your catering. Really, you should be thanking me for that.

I spent most of the first twenty years playing with a Portable Moon Science Supercomputer Harrison gave me, which turned out to be Snake.I also made that mess, but again, if you'd briefed me properly, I'd have understood how to pee properly in zero-G. You've only yourselves to blame for that one. I'm not trying to put this all on you, but most of it is your fault.

And, by the way, it's not like I really had a choice. My landlord kicked me out, and I had nowhere else to go. A week's free accommodation in space was really my only option, unless you'd prefer I starved on the streets. A twenty billion dollar space program and what, it's such a big deal to put a guy up for the week? Come on, you'd have done the same.

Also, I was pretty drunk. 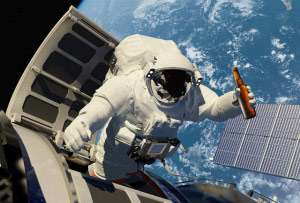 First man to get hammered in space.

But you handled the whole thing like total killjoys. I didn't make a peep the entire time. Didn't even complain about the flight delay. Hell, they didn't even realize I was there until we touched down on the moon. I was a god damn model roommate. Everything was good, until we got to the surface.

You know we didn't even get to go outside until four hours after we landed? Eugene was a real dick about it. He totally bitched me out. It was boring. And once we got onto the surface, they just wandered off to do science crap. Whatever. I called shotgun on the lunar rover, but Eugene stiffed me. What's his problem, anyway?

We had some good times, I guess. We tested out kickboxing in zero gravity, it's awesome. You can do all kinds of badass jumping kicks. Harrison thought he was going to die after I broke some whatever doohickey, it was hilarious. 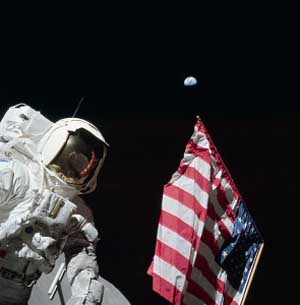 Anyway, after a couple of days, Eugene finally let me take the rover out for a spin. I had a great time. Did some sick burnouts, seriously like you wouldn't even believe. The moon is just covered in natural ramps, wish I'd brought my skateboard. Anyway, eventually the rover got totalled cause of an accident that totally wasn't my fault, so I headed on back to the lander. And you know what happened?

THOSE ASSHOLES DITCHED ME.

I mean, Eugene had been telling me some crap about how they've got really specific amounts of fuel, and there wasn't enough to carry my weight back to the Command Module, which is bullshit cause Harrison's easily got like five pounds on me, and there was apparently enough fuel for him, so what the hell?

I dicked around for a bit, hoping they'd just popped off to the shop to pick up some brewskys, but they never came back.

Surviving on my own was difficult. I'd taken most of the food stores for snacks, and I had plenty of air (I nicked Eugene's oxygen tank as a prank), but I had a really critical shortage of fun. Seriously, there's just nothing to do on the moon. I smuggled a gun on board (for pranks) but it doesn't even work here. I spent most of the first twenty years playing with a Portable Moon Science Supercomputer Harrison gave me before he left, which turned out to be Snake.

Incidentally, I'm pretty sure I've set, like, every possible record in Snake ever. I perfected my playstyle sometime in the late 70's, and I've been experimenting with new forms ever since. My favorite is Autofellatio Snake, where you engineer the situation such that you're constantly the absolute minimum distance away from your own tail.

By the way, I don't know what stuff you're putting into the rover fuel, but that shit is awesome. Sends me off into another realm altogether for days. I swear to God, at one point I seriously thought I was on Mars or something.

Gets kind of lonely here. There's no sound, you can't even talk to yourself properly. I found a couple of golf balls lying around, which I named Wilson and Willa. They're alright. I've been having an affair with Willa for a while, but the spark's kinda gone, you know? Been a while since I scored a "hole in one," if you know what I mean. 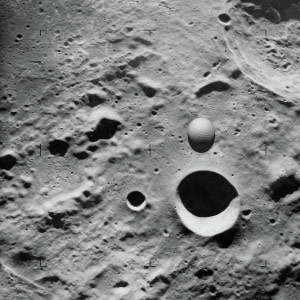 So, yeah. Kinda miffed at all that. I tried to send some letters, but you must not have got them. There probably was a mix-up at the post office or something. Thought I was stuck here with Wilson and Willa forever.

Haven't encountered any life since those little grey guys came along, screaming at me in their hostile alien tongue. Totally unintelligible, sounded like "Wi kummen peaz," or some such gibberish. Caved their heads in with a rock, that'll teach them to screw with humanity. Dunno if you guys wanted to take a look at them, but I got kinda hungry and ate them. Tasted like sorrow. If you're curious, I can show your researchers where I've been keeping my Space Poop.

On the bright side we got Wi-Fi the other week! It's amazing! I built a web browser in Snake a few years back, I had no idea you guys were working on the same thing. Thought I was clever for drawing naked pictures with Snake, but you guys are way ahead! Checked out some of your snake erotica. 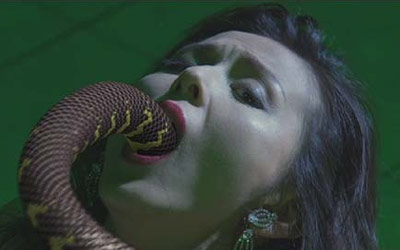 It wasn't quite what I was expecting.

So now we're all on the same page. If you guys could come fetch me, that'd be great. I haven't seen my family since I finished the last of the rover fuel.

Also, Eugene's like 80 years old now, and I need to punch him in his dick face before he carks it.