Obamacare is so embarrassing, it won't even cover your erection.

Six years into his administration, Barack Hussein Obama has left many questions unanswered:

This isn't an illegitimate interrogation. These concerns aren't unreasonable. On the contrary, like everybody's aunt who lives in Arkansas, they're pretty easy.

Something even more frightening has birthed from the womb of the center-left leaning Communist Obama jihad squad, however. Mosquitoes genetically-modified to only attack job creators? No, but don't give them any ideas. I'm talking about the question that has been answered. The government under current leadership is grossly inadequate in their ability to deliver healthcare to the millions of Americans who already have it.

Here are some of their stories: 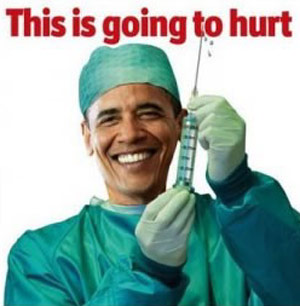 Like many other male middle school sports coaches, Bill from Ohio had issues maintaining an erection. He thought a simple disparaging of his wife's aging figure and a quick chat with his doctor would be enough, but he couldn't have been more mistaken.

"I scheduled an appointment with my doctor," Bill explained, "but when I asked him about Cialis, as I was told to do by the ad, he told me, ‘Sir, this is the DMV, why are your pants down?' and I felt completely humiliated. This never happened to me before Obamacare."

Gertrude from Iowa was simply trying to enroll for health insurance via the online exchange after healthcare.gov was FINALLY functional.

"I was online and then I suddenly remembered that it was my niece's birthday last month. Or was it Easter?" Gertrude coughed.

After picking up the phone and struggling to remember who she was trying to call, what she found terrified her.

"Every time I picked up the phone, I heard a robotic noise. It sounded like Optimus Prime having an orgasm. Then when I looked at my computer, the internet wasn't working. Can you screw in a light bulb for me? Put on a coat, it's cold out."

That's right, Gertrude, the last living person with dial-up, couldn't even get on Netscape Navigator and sign up for insurance from her plastic-covered ottoman without hanging up her phone and remembering to turn off the stove. Why? Obamacare.

Brenda from Michigan has been desperately trying to not get pregnant. Much to her parents' dismay, she was prescribed birth control.

"Look, there's no way our daughter is getting laid," her father lamented.

"She's kind of a douche," added her mother.

They worried that being prescribed a contraceptive would increase the frequency in which she doesn't have unprotected sex. "It makes sense if you don't think about it," they said.

"I have a boyfriend. He's got one of those exotic names," reported Brenda. "His name is Imagination. He was named after where he was conceived."

After interviewing Brenda for an hour while watching her pretend to talk to her friends from an unactivated cell phone, it became clear that all of her parents' concerns about their kind of gross daughter were realized. Obamacare propaganda has indoctrinated our children. In*doctor*nated. Ha, that's great; write it down.

More Like This
5 Things Trump Can Do to Be a Better President While I Wait for Season 6 of House of Cards
Hayden Church
Donald Trump Rates Horror Movie Villains As He Would Rate Women
Michael Ferro
List: 17 Absurd Moments from State of the Union History That Make More Sense Than Anything You’ll Hear Tonight
Clint Lohse
Resources