The Middle East Has a Huge Cock

On January 4th, 2010 the world's tallest building was opened in a dramatic fireworks ceremony in the Gulf emirate of Dubai, otherwise known as We Want You to Think We Have a Huge Cock Land. Although the building is not complete on the inside, an irony that is almost as huge as the building itself, the tower was officially opened anyway by Dubai's ruler, Sheikh Mohammed Bin Rashid Al Maktoum Ihavto Maninaims. The Burj Khalifa, the official name of the giant structure, was revealed to be 828m (2,716ft) high, far taller than the previous record holder, Taipei 101, at 508m (1666ft) high. Taipei 101, however, still maintains the record for the tallest building in the world with the most boring yet esoteric name. 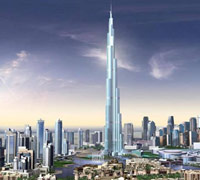 Sheikh Mohammed described the tower as "the tallest building ever created by the hand of man." He then promptly ordered all future Dubai building projects to only be created with the "feet of man" from that day forward, thereby solidifying the tower's longevity in the record books.

As imagined, the Cock Tower endured many unprecedented technical and logistical challenges during construction, despite it's current success. According to Mohammed Ali McBeal, chairman of Cock Properties, "We have been hit with lightning twice, there was a big earthquake last year that came across from Iran, and we have had all types of wind which has hit us when we were building. The results have been good and I salute the designers and professionals who helped build it." It is still unclear as to how many different types of wind Dubai actually has, but if the Arabic naming system is any indication, then the number could possibly be in the tens of thousands. It is also important to note that by "good" he means that the building is actually still standing, which is the globally recognized construction industry's standard of measuring a building's success. He then went on to say, "When the lightning, earthquakes, and all types of wind knock the building over, then the results will be bad and I will curse the designers and professionals who helped build it."

Another noteworthy, confidence inspiring and intelligent quote, regarding the Cock Tower, was offered by the building's structural engineer, Bill Baker, of Skidmore, Owings & Merrill: "We weren't sure how high we could go. It was kind of an exploration…a learning experience." When asked if he basically just admitted to the entire world that he was making shit up as he went along while building the world's tallest building, Bill just stared into the camera and said, "I like turtles!"

The third, fourth, and fifth tallest buildings in the world respectively are, The Shanghai World Financial Center, also known as China's Giant Bottle Opener; Kuala Lumpur's Petronas Towers 1 & 2, also known as Fuck Dementors 1 & 2; and Chicago's Willis Tower, also known as Sears Can Suck It, Willis Had More Money. It is becoming increasingly clear that what these buildings signify, and others around the world like it, is a unified theory of architecture that all of our cultures seem to share. We all agree and want it blatantly known to the world that giant oversized cock buildings are good, and tiny little dick buildings are bad. Never before has a message so clearly bridged this many different cultures. This unifying message could be the key to world peace as we know it.

When asked about the inspiration behind the Dubai Cock Tower design, it became clear that the same global unifying message was present. Apparently, "Burj Khalifa incorporates ideas from traditional Islamic architecture, while the open petals of a desert flower were the inspiration for the tower's base." So in short, we discover that traditional Islamic architecture consists of a giant symbolic cock with an open vagina at its base. 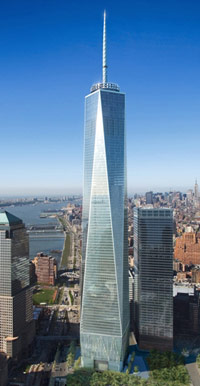 The Freedom Tower: You can't keep a good cock down!Do you know what this means, people? What this tells us is exactly what I have suspected for some time now… that maybe we all want the same thing: a giant cock in a vagina! Could it be that simple? Perhaps most of the United States has more in common with traditional Islamic ideologies than we first realized, but we simply aren't speaking the same language. Perhaps our common language should consist of simple communication with basic Lego building sets instead of highly educated interpreters and diplomats. We could all sit around constructively building giant Lego cocks together with vaginas as our inspiration and stop all this killing in the name of cultural and religious ignorance.

I mean, currently we're all behaving like children anyway, fighting out our differences, so we might as well build upon a mutual shared interest. Few could disagree with the fact that it was definitely a childish dick move by Islamic extremists to knock down our giant twin cock symbols. However, on an optimistic bright side, we have the "freedom" to build a bigger and better cock.