I am writing you this letter because the nice man on TV said you would give me free money as long as I could explain why I need it. I need a $500 million grant so that I can breed minotaurs. Now I know what you're thinking: Hell yes, minotaurs are awesome. Yes they are. But wait, it gets better. Here is a brief outline of my business proposal.

Step One: Purchase an island. 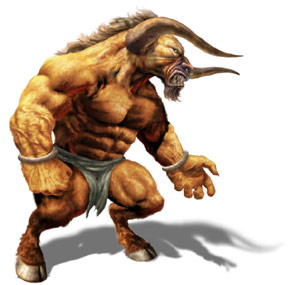 I need to work in seclusion, away from the ever-watchful eye of the fascist government and all her wicked agencies with their fanatical devotion to strict moral codes and ethical standards. My work must operate outside of these Draconian laws.

This will serve as my living quarters and laboratory, as well as housing the minotaur breeding chambers and grazing pastures. It will be fully staffed with failed medical students, unlicensed doctors, mad scientists, a maid, and a cook. It will also have a deluxe video arcade for the lounge.

We pair them off, place them in secluded breeding chambers, and let nature take its course. The resulting offspring will make up the first wave of my minotaur army.

The second wave will be sold into slavery and integrated into society.

The world will be thrown into chaos and flames during the minotaur slave rebellion which will usher in a new dark age of anarchy and violence.

Now you may be asking yourself, what can minotaurs do for the nation's economy? I'm glad you asked yourself that question. Minotaurs are excellent for manual labor, gladiator fights, warfare, and pornography. As you know, all of these things can be quite profitable. And best of all, minotaurs work for free.

But aren't minotaurs dangerous? you ask. Certainly. With the proper amount of abuse and neglect, they grow up to be ruthless killing machines. Otherwise, what's the point? Violent aggression and a total lack of remorse or empathy are optimal character traits in minotaurs, whether they're fighting one another in a pay-per-view cage match, or off slaughtering politicians on their way to rob the national treasury. 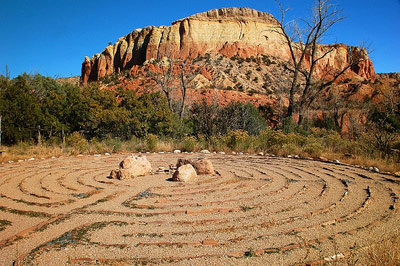 But 500 million dollars? you say. That's a lot of money. Come on, Government. Don't bullshit me. We all know where the money comes from. You make it with your magic money machine. So don't hold out on me.

Don't judge me, Government. You don't know about the Dark Forces, and that goddamn thing with no face that lives in my dumpster. Now, this is not the first time I've asked you for money. I have made numerous other grant requests in the past several weeks, but you have thus far failed to respond to any of them. This greatly displeases me. I had high hopes for the Giant Atomic Spider Project, but clearly you did not share my enthusiasm. You also ignored my proposal for the Flying Magic Horse Factory, which I can assure you is not street slang for a heroin refinery. Why you would reject the coming age of horseback air travel is a mystery to me. And when I needed $200,000 to build a temple shrine in order to summon a certain high-ranking demon to destroy a certain McDonald's after their rude treatment of me the last time I was having one of my usual naked screaming blackouts during the Friday lunch rush, where were you? You were too busy being a bunch of greedy dicks. Even when I asked you to loan me a hundred dollars to fund my ever-increasing addiction to crystal meth, you still turned your back on me. You, not unlike Santa Claus and my father, are a constant disappointment to me.

Look Government, let's get something straight: I don't like you and you don't like me. To be honest, I'm getting sick and tired of you treating me like shit. I'm a veteran, and I deserve some goddamn respect. I was in Vietnam II: Democracy Strikes Back. But nobody seems to remember 1998 anymore. Well fuck you, I was there. It was me and Jesus, fighting for your freedom. And the liberal Jew media covered it all up, like the second Vietnam never happened. Well it did happen, and I was a goddamn hero. I took out an entire village of Viet Cong women and children, armed with nothing but the sharpened femur bone of a dead spider monkey and a glass jar of my own urine. And where's my medal for that? I'll tell you where it is. It's in the pawn shop, because I'm irresponsible with money. 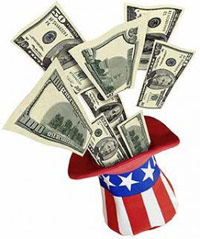 Government, I'm gonna level with you. I need fifty bucks by 9:00 this evening. That's what time the pharmacy closes. I've been off my meds for three days now, and the hallucination snakes are telling me to do things that I don't wanna do. But I'm not crazy. Don't judge me, Government. Don't you dare fucking judge me. You don't know what it's like to be me. You don't know about the Dark Forces, and that goddamn thing with no face that lives in my dumpster. He whispers things in my ear when I'm sleeping in the trash, and it's all in Latin. I don't fucking speak Latin. And nobody else can see him but me. I'm so alone, Government. Do you ever get so lonely that you just want to crush a kitten with your bare hands and eat it while children point to you and cry? Because that's why I have to take crazy pills. So I don't eat any more kittens.

And don't think I don't know about Special Agent Diego. He's one of your men, and he's been trailing me for the past 72 hours. I'm on to you fuckers. Oh sure, he may have some clever disguises, but the mustache gives him away every time. The first time I saw him was in that Tijuana brothel, where he tried to give me head lice. I know all about your brain-eating government lice. You won't steal my sorcery that easily. Then I saw him again in Chinatown, where he stole my shoes and carved the words "kick me" into my back with a dull pocket knife. He was dressed as an old lady wearing clown makeup. But the last time I saw him, he went too far. I was in a meeting with the town council of local vigilantes, and he walked in and shot Batman. Just like that! Shot him dead. He was my friend, and you killed him! I demand vengeance! I demand payment for my mental anguish! Now fork over the goddamn money, you bitch. You fucking owe me.