Do You Want to be My Personal Penguin?

I'm officially holding interviews for a personal penguin. Your job would basically be to dress up as a penguin and follow me around to parties, restaurants, and social gatherings. You would have to waddle slightly and occasionally make a penguin noise, whatever the hell that actually is (finding out what noise a penguin makes is part of getting the job). Your function would be mostly that of an ice breaker (conversation starter), but occasionally you would double as a bodyguard by pecking the shit out of anyone who tries to mess with me.

Applicants must be able to stand for long periods of time, possibly with their ankles bound for waddle authenticity purposes. They must be able to march and dance on cue and may be asked, on a moment's notice, to be accidentally cool. In addition, applicants must provide their own work attire. In this case, the most authentic looking penguin suit on the planet.

Starting salary is all the fish you can eat and benefits include a chill pad to sleep in, with bonus cuddle time. I know how much penguins like to snuggle when it's cold and I'm secure enough to admit that I like to cuddle too. Although, you would have to be on call 24/7 for snuggling and random spontaneous social situations, the rest of the time is yours to do with as you like. There is no room for advancement, because there are no higher positions available above "Personal Penguin." However, the job does come with automatic conveyance of the royal title of Emperor. 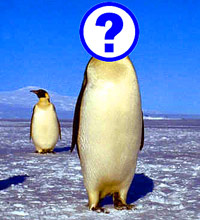 Résumés will be gladly accepted through the "Contact" tab on my PIC profile, and exceptional candidates will be called for an interview. Let's make this happen, my little potential personal penguins. This has been a dream of mine for some time now and I look forward to working with you in the future….

It all started with my physics professor who was a real bad ass and spent her summers in Antarctica analyzing ice core samples for their structural integrity. Apparently the military flies her down there each year because of her extensive expertise in the physics of ice. She assists in the annual rebuilding of the runway on the Ross ice shelf which is used for landing those giant C17 cargo jets that you can drive vehicles into.

In her office there was a picture of her sitting with a giant Emperor Penguin just casually standing next to her. I spent almost my entire student-faculty evaluation meeting with her discussing that picture and how awesome it was that the penguin was just chillin with her. During this meeting I learned that according to The Antarctic Conservation Act of 1978, if you so much as lay a finger on an Emperor Penguin, without a permit, you will incur up to a $25,000 fine.

Seriously though, who the fuck would know? I mean after all, it is Antarctica. It isn't like the penguin authorities can sneak up on you and catch you in the act. No one is around, quite literally NO ONE! For the record, I would TOTALLY touch one. I am that jackass in every museum who reaches over the thin red elastic "people barrier" just to lay my finger on Van Gogh's "Starry Night." Yeah I know, I know, the oils on my fingers can degrade the delicate blah blah blah…shut the hell up. Van Gogh was off his nut and wouldn't give a shit, and don't even pretend that the rest of you aren't secretly dying to touch it too. Besides, as long as the rest of you follow these rules then I can go around molesting all the antiquities to my heart's content.*

You see, it is really the quantity of oil from ALL of us collectively that would mess that thing up, not JUST mine. Besides, penguins are TOTALLY oily, that's how they stay warm in the frigid Antarctic water. The way I see it, touching a penguin still falls under the universal law of, no harm no "fowl" right? (Shhhh….just go with it.)

*No antiquities were actually harmed in the making of this article…at least not that you can prove. 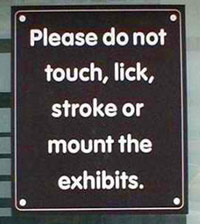 There is one loophole in this whole Antarctic Conservation Act: you can't touch them unless you have a permit. The only citizens who can get a permit are scientists doing important scientific research. JACKPOT! I am a scientist and I have some very important research to do.

You see, I have wondered something ever since that enlightening student-faculty meeting, where we discussed relevant physics education topics like penguins and shit. The lowest temperature ever recorded, in nature on Earth, was -89.2°C (-128.6°F) recorded on Thursday, July 21, 1983 at Vostok Station in Antarctica. For comparison, this is 11°C colder than dry ice, -78.5°C (-109.3°F).

So does that mean one could ship an Emperor Penguin on dry ice from Antarctica to the United States and he/she would arrive there all happy, content, and party ready? I mean sure, there would have to be some crate modifications due to the build up of carbon dioxide from the sublimating dry ice, but it seems a relatively simple endeavor. Holes could be drilled into the top AND bottom of the crate. Since carbon dioxide is heavier than air it could escape through the holes in the bottom of the crate and the penguin inside would be happily breathing oxygen through the holes at the top of the crate.

For all those PETA people out there, don't worry, I wouldn't just have the penguin standing on a giant block of dry ice. That would be no good at all; the little guy would get frost bite on his feet due to the dry ice burns. No, I'm sure I could come up with a little platform of plywood for him to stand on to avoid direct contact with the dry ice. Fear not PETA, what I'm really going for here is ambient temperature comfort and overall party readiness.

Yes, yes, you bleeding hearts, there would be ample fish and water inside the box and maybe some penguin toys to play with or whatever the fuck they do when they aren't just standing around being penguins. After all, I want the penguin to be happy, energetic, and raring to go when he arrives, that's the whole point. 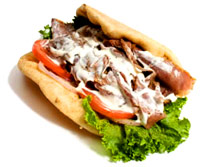 Oh, while I have your attention PETA, can you tell me why the hell you named your organization something that, when abbreviated, just makes me want to go out and immediately kill a lamb, roast it on a vertical spit and then stuff it in pocketed flat bread with lettuce, tomato, onion and tzatziki sauce?

Recently, I ran into a snag with the whole party ready penguin shipping experiment. I filled out my National Science Foundation (NSF) form 1078 and sent it to the Office of Polar Programs. (Go ahead, look it up, it's the correct form.)

After an excruciatingly long 65 days sans penguin, they came back and told me that they didn't think "Emperor Penguin Entourage Readiness" was an appropriate reason to remove an Emperor Penguin from Antarctica. Fucking bureaucrats and their short-sighted, judgmental attitudes! Don't they know how undeniably awesome it would be to roll into a party with a penguin in tow?! Apparently, the required 30-day public comment period is what killed it for me, when some PETA members came across the application. For hypothetical research purposes however, let's hold our own public comment period. How many people not only agree that it would be totally awesome to roll with an Emperor penguin, but are now dying to know if the shipping process alone would work? Also feel free to comment if you are just hungry and salivating for a gyro now.

In the mean time, I currently still have a vacant personal penguin position if you are interested. Yeah, I know, it isn't "quite" as hot as chillin with an actual Emperor Penguin, like my physics professor did, but at this point I will take what I can get.

Please memorize this song before applying, as I will likely ask you to sing it ad nauseum.

I hear a lot of interesting kids names at the playground: Emory, Wellesley, Cornell. These parents really seem focused on college admissions. My wife and I weren’t so ambitious. When our son came out, we looked at each other and said, “Ball State.”

I’m Getting Different Wordles than Everyone Else and It’s Not Going Well
Natalie Mead
I Beg of You, Please: Don’t Order a Medium Soda
Calder Holbrook
Peloton Instructors Coach You Through Your Mediocre New Year’s Resolutions
Leah Abrams
January’s Poor Performance Will No Longer Be Tolerated
Becky Green