The Illicit Meaning Behind the Lyrics to "Baby, It's Cold Outside"

‘Tis the season again for being bombarded with really weird Christmas songs that we all sing along to, but haven't really given the underlying message a second thought. So you know what that means, it's time for overanalyzing another Christmas song that you can NEVER EVER hear again without your mind going to a very dark place. Since “The Little Drummer Boy” has been done more times than a Vatican City altar boy, I thought we would tackle another holiday classic, “Baby, It's Cold Outside.”

It's important to note that in the original printed score of this song, the two parts are listed as “Mouse” and “Wolf,” and in this analyzed version Zooey Deschanel (age 23 when sung) is the mouse and Leon Redbone (age 54 when sung) is the wolf. That's right, an age difference of 31 years, or in other words, “Ewwwwww!” 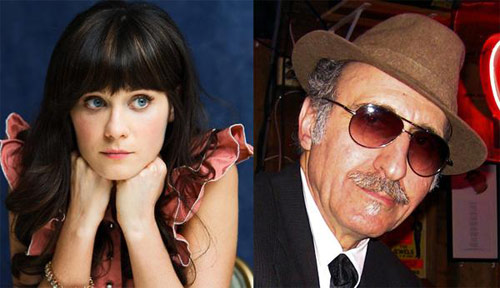 I really can't stay – But Baby it's cold outside
(The woman expresses her interest to leave. – He brings up the weather.)

I've got to go away – But Baby it's cold outside
(Who talks like that unless they're serious? – Men never listen.)

This evening has been – Been hoping that you'd drop in
(She's being polite. – He interrupts her…typical.)

So very nice – I'll hold your hands, they're just like ice
(She tries finishing her previous polite sentence. – Sounds like it's pretty cold inside there too.)

My mother will start to worry – Beautiful, what's your hurry
(“But people will look for me.” – Women are often in a hurry when feeling threatened.)

And father will be pacing the floor – Listen to that fireplace roar
(“No seriously, lots of people will look for me.” – Wait, why are her hands ice then? Is she losing circulation in her extremities for some other reason?)

So really I'd better scurry – Beautiful, please don't hurry
(Mice scurry when feeling threatened. – Clearly she's having a flight response to this situation.)

Well maybe just a half a drink more – Put some records on while I pour
(Being accommodating since it's getting awkward. – He distracts her so he can make the drink.)

The neighbors might think – Baby, it's bad out there
(“People saw me come in here.” – More misdirection.)

Say, what's in this drink – No cabs to be had out there
(It's called Rohypnol. – She's trapped.)

I wish I knew how – Your eyes are like starlight now
(She's getting delirious. – Yeah, when you drug someone they start seeing stars before blacking out.)

To break the spell – I'll take your hat, your hair looks swell
(She feels so out of it she thinks she's under a spell. – He starts to undress her.)

At least I'm gonna say that I tried – What's the sense in hurting my pride?
(No matter what happens I'm telling people I resisted. – He's preying on a woman's nature to please.)

I really can't stay – Baby don't hold out
(More expression of a desire to leave. – Hold out is defined as “to withhold agreement or consent upon which progress is contingent.”)

Ahh, but it's cold outside (in unison)
(Losing her faculties, due to the Roofie, she says whatever he says.)

I simply must go – But Baby, it's cold outside
(Delirious people often loop their speech patterns forgetting what was already said. – More misdirection.)

The answer is no – But Baby it's cold outside
(NO MEANS NO! – He ignores her and pretends he didn't hear it.)

This welcome has been – How lucky that you dropped in
(Clearly delirious she starts the whole conversation over. – So he starts down the same path.)

So nice and warm – Look out the window at that storm
(Except for my icy hands and being drugged that is. – Further distractions.)

My sister will be suspicious – Gosh, your lips look delicious
(She's caught in a mental loop, “People will look for me.” – Creepy. Is he going to eat her too?)

My brother will be there at the door – Waves upon tropical shore
(“Lots of people will look for me.” – Fucking weirdo, I mean, what normal person says that?!)

My maiden aunt's mind is vicious – Oh your lips look delicious
(“If I'm hurt, people will hurt you.” – OMG he is going to eat her!)

Well maybe just a cigarette more – Never such a blizzard before
(At this point she's buying as much time as possible. – Keeping her focus off of what's really going on.)

I've got to get home – But baby, you'll freeze out there
(It's like the room and the conversation is spinning. – Keeps her mind spinning in circles.)

Say, lend me your coat – It's up to your knees out there
(Obviously feeling exposed she tries to put on more clothes. – She's seriously trapped.)

You've really been grand – I'll thrill when you touch my hand
(Still trying to be accommodating, possibly so he doesn't eat her. – WTF?! You'll thrill? What does that even mean?!)

But don't you see – How can you do this thing to me?
(Trying to appeal to his sense of reason. – Sure, it's her fault. That's called rapist logic.)

There's bound to be talk tomorrow – Think of my lifelong sorrow
(Still demonstrating that he'll definitely get caught. – Rapists use guilt as a weapon.)

At least there will be plenty implied – If you caught pneumonia and died
(Everyone will know what you are about to do to me. – More guilt to appeal to her nature to please.)

I really can't stay – Get rid of that hold out
(Is it unclear to anyone that she “really” doesn't want to be there? – Things escalate and now he's ordering her to concede.)

Ahh, but it's cold outside (in unison)
(Deliriously repeating whatever he says, she completely blacks out… ) 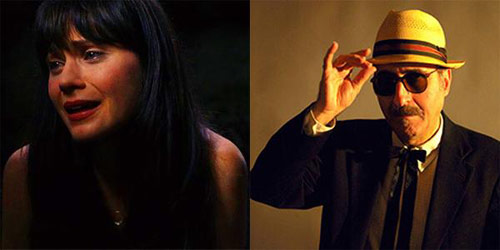 Mouse: “You won't get away with this!” Wolf: “Baby, one day they'll sing songs about this.”

Merry Christmas and Happy Holidays everyone! May you NEVER be able to listen to “Baby, It's Cold Outside” the same way again, which is my very special gift to all of you that you can't return for something else, even if you wanted to.

Related
This Fleece Vest is the Only Thing That Warms My Cold Capitalist Heart
Colin Heasley
Holiday Hits Remixed and Remastered, 2020
Bridget Fahrland
The True and Indisputable Meaning of Christmas
Mitchell Russell
Resources