There has been a great disturbance in the balance of the force as of late and I feel it is time we shed some light on these events. The Vatican recently released a letter telling bishops to report sex abuse to the police, showing the world that they finally mean business when it comes to morality. You would think this falls under the scope of basic goodness and common sense decency, or in other words, “A BIG FUCKING DUH!” but let's not forget, we're talking about religion here—common sense has never really been that… um… common. 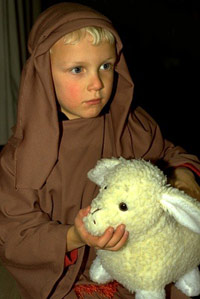 Said the little lamb to the shepherd boy, “Did that priest just rape you?!”I mean think about it, we're talking about an organization that makes NO SECRET about the fact that they invest completely in all kinds of complete horseshit without ANY real proof. These people will believe just about anything they hear, as long as you can vaguely link it to a book that was written 2000 years ago, rewritten countless times, and translated ad nauseam through multiple languages. If you're a little altar boy with a bleeding anus, though, then it's a whole different story, filled with messy investigations, boring politics, and detailed historical documentation. Even then you're probably going to need the actual cock of the priest still resting inside the altar boy to get anyone to believe anything.

I know it doesn't make sense, but that's the church for ya—there isn't any kind of logic governing what they do or don't believe and there probably never will be. If you're a religious person, as I'm sure many of you are, you have been trained from a young age to stick your fingers in your ears, close your eyes, and shout, “LA LA LA LA LA LA LA LA LA LA!” when it comes to anything regarding actual intelligent thought within a religious context. Personally, I'm shocked this Vatican letter was written at all, and I think it marks a small step for the church towards getting all those other necessary morality letters written regarding basic human rights, tolerance of others, ending blind bigotry, and stopping all the religious douchebaggery the church has always been known for. For an organization whose basic message is supposed to be morality and goodness, you all are some twisted and evil fucking people. Lately the term “Good Christian” has become synonymous with crazy, whack-a-mole, backwards, unenlightened, fucktards, and I'm not the only one who thinks so. 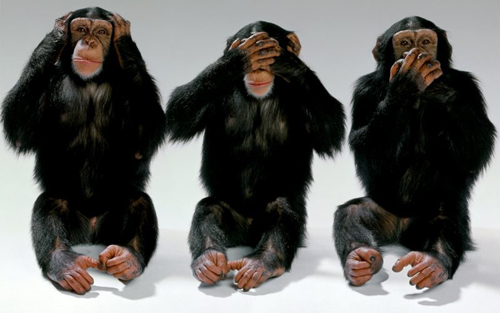 The Vatican's official position: “Hear no rapey, see no rapey, speak no rapey.”

We don't rape little boys.In other religious news, Amnesty International listed the Vatican in its annual report of global human rights abuses, citing revelations of clerical abuse around the world and the “enduring failure” of the church to address the crimes properly. “Such failures included not removing alleged perpetrators from their posts pending proper investigations, not cooperating with judicial authorities to bring them to justice, and not ensuring proper reparation to victims.” I'm pretty sure the fact that this development occurred three days before the Vatican issued its letter is really just a coincidence. There are plenty of these “coincidences” in religious history and it's probably better to just ignore them instead of trying to assign any real meaning to them. Besides, I doubt the Vatican worked over the Sabbath to draft such a hasty response anyway.

In addition, the day after the release of the Vatican letter, theoretical physicist Stephen Hawking said in an interview that he rejects the notion of heaven: “I regard the brain as a computer which will stop working when its components fail. There is no heaven or afterlife for broken down computers; that is a fairy story for people afraid of the dark.” Now I'm not usually one to disagree with a world renowned theoretical physicist, but I would say that heaven is NOT a fairy story for people afraid of the dark. Theoretically, there are quite a few altar boys out there who are not only deathly afraid of the dark now, but have also totally given up on the notion of heaven, probably the second their priest's cock penetrated their black hole. Just sayin'. 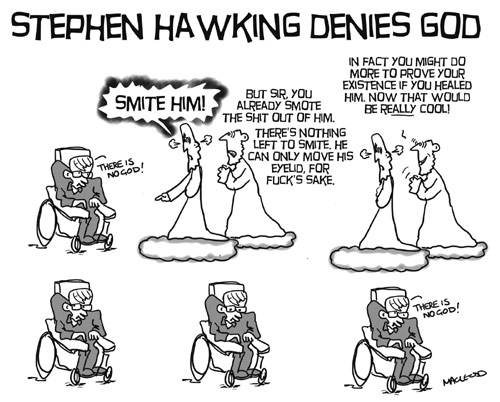 Clearly, lines are being drawn in the sand here when it comes to religion and its supposed morality. Regardless of what you believe though, there is one thing that really worries me about this recent Vatican letter. Wasn't it the bishops who were helping cover up all this sexual assault/abuse in the first place, by moving the priests to other parishes and putting the kibosh on the investigations? I'm not sure how drafting a letter, telling them to finally do what is morally correct, is really going to change anything in the way of corrupt bishops and raping priests. I mean, the fucking word of God hasn't really done much to change the way all these evil shitheads have been acting for the last 2000 years, what is a letter from the Vatican (read: evil shitheads in charge of evil shitheads) going to accomplish? 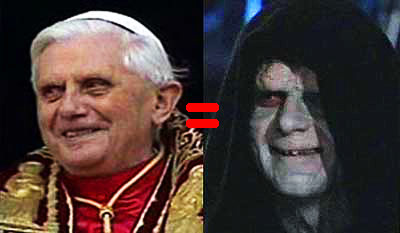 “You want this, don't you? The hate is swelling in you now.”

You know, my Bible interpretation might immediately solve the whole problem of sexual misconduct in the church. Maybe the Vatican needs to draft a whole new morality letter incorporating that newly translated passage from the book of Andrei.