WASHINGTON—Just days after releasing his full birth certificate, President Barack Obama is under new attack by a skeptical group of citizens demanding to see the videotape of Barack Obama, Sr. and Ann Dunham having sex on or around November 4, 1961. 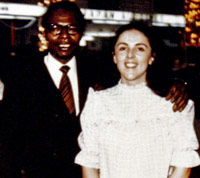 Above: Obama Sr. and Ann Dunham, shortly before what many skeptics call "Imblackulate Conception."

"Thanks to Donald Trump, birthers were successful in obtaining the president's long-form birth certificate, and afterbirthers, led by Alan Keyes, have obtained certified bits of his discarded placenta. But there is still no evidence that Obama, Sr.'s penis entered, and ejaculated into, Dunham's vagina—not even one grainy cell phone video," said conservative radio host and Prebirthers Anonymous spokesman Glenn Beck. "To say that the American people are satisfied with an obstetrician's note and a handful of fetoplacental goop is a far cry from reality. The majority of Americans will not rest until they see documented footage of the rhythmic thrusts of Barack Obama Sr.'s member into Ann Dunham's birth canal, preferably with a small amount of semen remaining on the withdrawn head for confirmation. Until this happens, you're going to see a lot of pent up aggression toward the president, and in general."

Born just three years after Obama, Beck noted that when his parents refused to release their sex tape, he rummaged around their bedroom until he found one at the back of the third dresser drawer. "The Vex Tape," as disgusted citizens have dubbed it, appears to have been filmed much more recently, however. Beck is not daunted though. "This issue is not about my parents and their tantric sex life, it is about supplying firm evidence that a black penis and a white vagina may have created an American president."

The White House has so far refused comment, though Press Secretary Jay Carney did release the following short-form sex tape to the media: 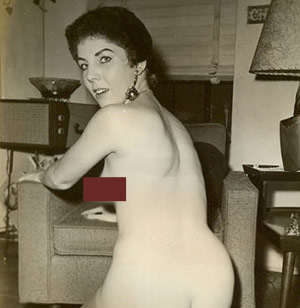