Winning at hipster semantics and hard up for Halloween. 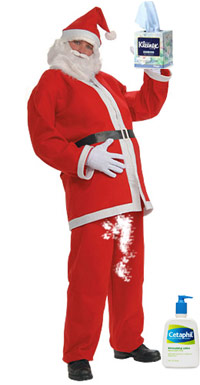 I had an extensive bar argument last weekend with a know-it-all 25-year-old girl who insisted that letters that stand for a word can only be referred to as an acronym if they form a word (i.e. pronounceable, like NATO); otherwise, it's an initialism or abbreviation (e.g. FBI). But she's wrong, because in its secondary definition of “acronym,” Merriam-Webster now acknowledges that acronyms can be mere abbreviations. I showed her this on Merriam-Webster's mobile site, and she countered with the Official Scrabble Players Dictionary mobile site, which didn't include the secondary definition. I HOPE YOU'RE READING THIS, STUPID BAR GIRL WHO WOULDN'T SHUTUP OR ACCEPT DEFEAT, THE OFFICIAL SCRABBLE PLAYERS DICTIONARY DOES NOT APPLY TO REAL LIFE. Your sarcastic wit, hipster Waldo socks, local draft beer, casual putdowns of your college newspaper's intellectually inferior crossword puzzle, 20-years-your-senior lame bartender boyfriend who you openly make daddy jokes about, and tights-covered legs on the barstool in constantly shifting nerdy-sexy poses does not make you an expert in semantics. Also, I hate your face and you're ugly, even though you're cute. Go home with me and I'll show you the true meaning of triple word score.

One irony I see amidst all this Occupy rhetoric is that the same people who are quick to support our troops no matter what, will condemn even the slightest action taken by our police officers. I'm pretty sure our military is responsible for gazillions more reprehensible actions (just doing their job though!) against civilians (many innocent) around the world than our police officers. For instance, it's hard to take a dramatic picture of a U.S. drone aircraft dropping a bomb on a foreign city, but we've got plenty of pics and video of a Marine getting hit in the head by a stray tear gas canister! SUPPORT OUR TROOPS, FUCK THE POLICE!

Here are some costume ideas I thought of but passed on, feel free to borrow or elaborate!

Pope Mobile – Dress in a white pope robe and hat, hang a Sharpie from a string around your neck, and have people write their sins all over your costume. Your costume gets more interesting all night! (Bonus points if you have someone roll you around on a toilet so you can periodically yell, “HOLY SHIT!!” in a strained voice.)

Forrest Hump – Dress up as Forrest Gump and hump everything in sight while repeating modified classic lines in Gump talk. “Me and Jenny was like penis and carrots again!” “I'm not a smart man, but I know what sex is.” “Mama always said, humping was a part of life. I sure wish it wasn't.”

Skull and Bones – Guys, wear a skull mask and just underwear with a boner. You are now a “member” of the nation's most elite secret society!

Remote Control – Draw buttons all over you, paying particular attention to erogenous zone puns like a power button on your crotch (“turn me on”), or volume buttons on your nipples, etc. 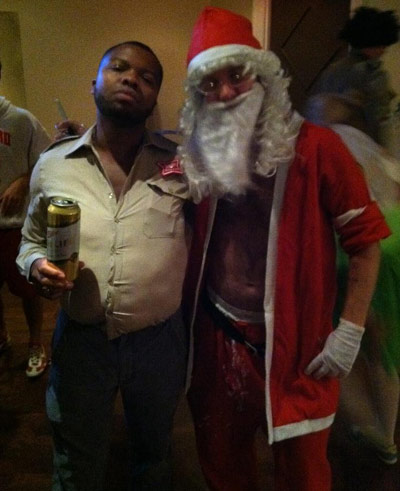 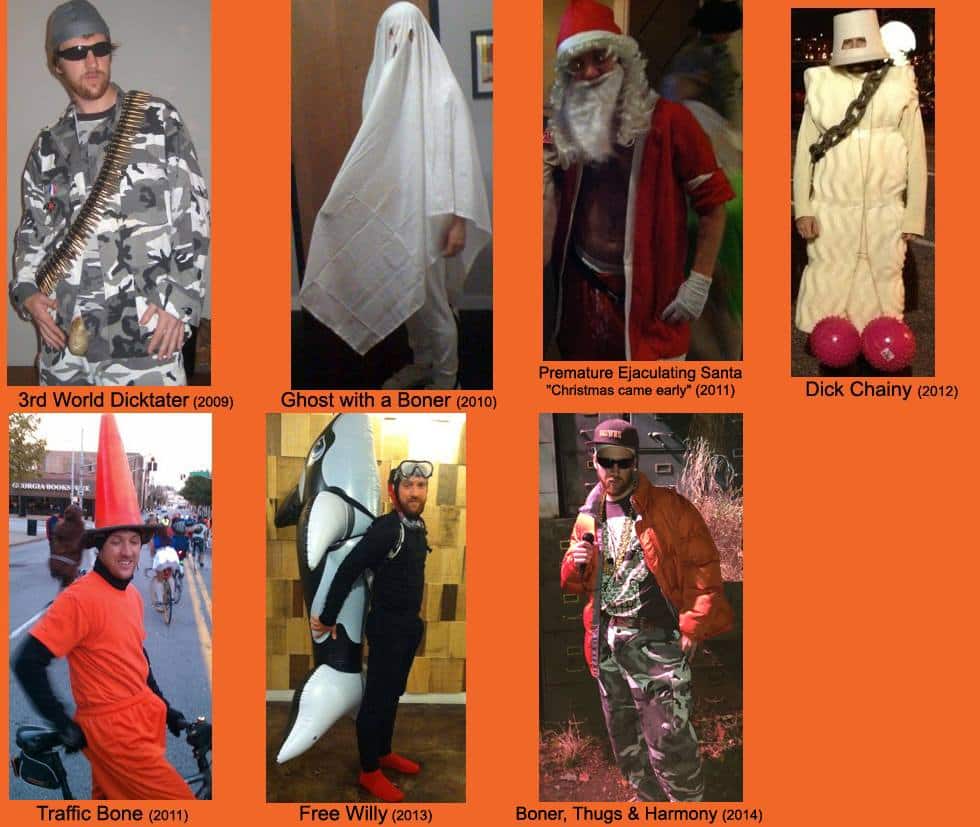