Folks, I have a serious problem. And it's in conjunction with the awful tragedy that is the death of the one, the only Prince Rogers Nelson, musician and celebrity personality extraordinaire. Everyone loved his music and frankly, loved the man himself. He was a musical titan among musical gods, many might say. And yet, when I think of his music and his persona, I can't help but find myself shrugging and letting out a pithy "meh." 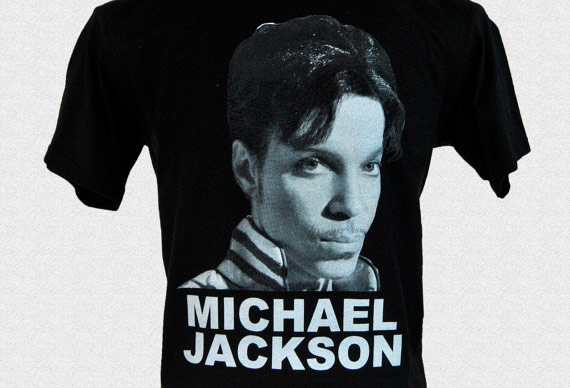 I just don't get it!

I fit every criteria: I'm white, and I'm an obnoxious hipster who always needs to prove how in touch with trends I am. If the trends are new, then they must of course be obscure, but if the trends are old, they must truly fall out of line with how people might perceive my whiteness or nerdiness. I need everyone to know what a hip son-of-a-bitch I am. And a love of Prince's music really should fit that bill! But I'm telling you guys, no matter how hard I try to shake my hips while keeping my hands firmly pressed to my sides as I listen to the high-pitched crooning on "Kiss," I just can't do it.

I don't even remember the lyrics to "Purple Rain," despite practicing them in my room for three hours all those years ago. This began years ago as I sat alone in my room attempting to memorize the lyrics and even diction of Prince's vocals on "Purple Rain," in preparation for the Prince-themed dance party occurring in an obscure location in the warehouse district of Minneapolis. I knew that if I simply sang "Purple rain, pur-ur-ple rain" and mumbled what came before and after those key words, I would be found out! My subterfuge would be exposed! My status as a non-fan of Prince would lead to ceaseless torment of endless teasing and snubbing. And believe me, if there's anything us white hipsters do not do, it is forget. But I managed to get much of the song memorized and I appeared at the other end of the night's festivities unscathed. I thought it would be over.

But I was wrong.

A mere three years later, I was invited by a group of my other white hipster friends to attend a secret concert performed by the man himself at Prince's famous Paisley Park studio in Chanhassen, Minnesota. I panicked, thinking this would truly be the moment I would be discovered. I had no idea which songs from his vast 39-album catalog he would perform, let alone what unreleased likely hits from his infamous Vault he might play.

But thankfully, Prince spent the entire time in his upstairs VIP lounge, occasionally looking down on the gathering crowd until it bored him sufficiently to call the night quits without ever picking up that weird symbol with strings that called a guitar.

So of course, when Prince Rogers Nelson passed away recently, my panic reached new heights. There was no way—not a snowball's chance in HELL—that I would remain under the cloak of darkness. My secret status as a non-fan would be revealed, made all the more stark by my sheer whiteness and hipstery-ness.

How can I possibly continue to coexist among my mourning friends as they gather outside First Avenue in downtown Minneapolis to celebrate the life of the heartland's biggest celebrity? I mean, I know I can go, but inevitably, someone will ask me what my favorite song by Prince was. I don't know any of his songs! I don't even remember the lyrics to "Purple Rain," despite practicing them in my room for three hours all those years ago.

I've been circling my small apartment frantically searching for Prince's songs on the internet only to find that, while he was alive, he managed to nearly erase his entire existence from easy access online.

People, I am at a loss. I don't know what to do. I am ashamed and I am scared. I can hear my other white hipster friends knocking at my door, exclaiming that we need to get going if we're going to beat the traffic to the Prince tribute. As unthinkable and ghastly of a choice as it is, and as likely as it is that these folks will now realize the wool I've been pulling over their eyes, I think I just might have to stay home.

Related
The Rules I Must Never Break in Order to Keep My Job Wringing the Oil Out of Tom Cruise’s Hair While He Calls Me a Neanderthal
Ryan Ciecwisz
Unwritten Laws That Are Laws Nevertheless, and the Advice of Counsel Is Not to Flout Them
Margo Bartlett
End of Year Top 5 Lists By Every Annoying White Guy on Your Facebook Feed
Emily Denny
Resources