Ten completely off-limits subjects when attempting any sort of humor.

In the wake of recent attacks on freedom of speech, we should all take a moment to review what is clearly not acceptable as the object of a humorous barb, no matter how damned funny it is.

Everyone except for Sony Pictures knows that having a laugh at the expense of a North Korean leader is very bad and should be avoided. We also know that poking fun at Native Americans because they never discovered the wheel is in poor taste. Racial and ethnic stereotypes are not just mean but also very often wrong: not all Asians are smart. So that basically leaves the cartoonists and humor writers with only Caucasians to skewer. And preferably just the white men because they earn a dollar for the same job that the women only get paid 77 cents to do here in the US. So stick it to the white guys. Please.

When someone from a powerful country like the United States has a yuck at the expense of someone from a small and weak country, we all wince in unison. To avoid this distastefulness, humorous barbs should be aimed strictly at American citizens. Definitely do not make a joke about people who may be in the United States illegally. There is nothing funny about that, I am told. 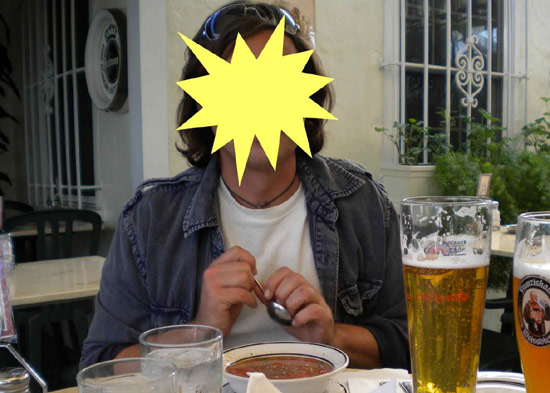 "Can I eat dinner now? Or do I need to finish my census first?"

No one has laughed at a "fatso" joke since the 1950's. Likewise, ever since Karen Carpenter's premature death brought the dangers of anorexia to light, it is not considered acceptable to make sport of people who are starving themselves despite having more than enough money to buy food. It is more difficult to understand why we can't make light of the bulimics because of their indecisiveness about wanting to eat followed by not wanting to have eaten. But trust me, all eating "issues" are off the table. Don't go there.

There is absolutely nothing funny about religion and humorists need to learn not to poke a stick into that steaming pile. That goes for Atheists and Agnostics as well, but I'm not sure why. I think it may be okay to make fun of Protestants, however. Well, at least the ones whose forbears came over on the Mayflower are fair game in my book. They can afford therapy if it bothers them.

You shouldn't make fun of old people because you might live long enough to get old and that would be like making fun of yourself. Likewise, there is nothing funny about dementia, although you could save a lot of money on reading materials if you couldn't remember if you had read a particular book before. But there is really nothing funny about old people. Same goes for children and babies. They're off limits. Toddlers, on the other hand, are very funny, but we need to leave them alone until they are old enough to defend themselves from witty barbs and jokes about snot and diapers. So basically, we can only put adults and middle-aged people in the crosshairs.

Everyone knows you can't make fun of stupid people even if they wouldn't understand that the joke was at their expense. So only people of average and above-average mental capacity are fair game in the humor department. Jokes about geniuses are few and far between, but they're out there.

There must be funny jokes about the sexual orientation of straight people, although I've never heard them. But there is nothing funny about being gay or lesbian or transgender. That is humorist quicksand. Just let the humor fly at the straight people.

No one laughs at jokes about poor people. Being poor sucks and it isn't funny. Rich people, on the other hand, we can make fun of them until the cows come home because they can just suck it up and sip some yummy brandy on the deck of their yacht.

It is just mean to make fun of ugly people, unless they look funny because they're has-been movie stars who have paid thousands of dollars to alter their appearance in a failed attempt to look younger. So famous ugly people are fair game. They're not a protected class under federal or state law.

So, by way of summary, politically correct satire may be aimed at wealthy college-educated middle-aged white straight American men of average weight who are of average or above average intelligence, in the country legally, and Protestant. Stick it to them and you'll be safe. It may not be particularly funny, but let's give it the old college try.