Walk with me here. 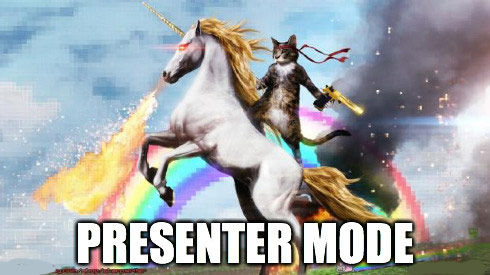 At first I was willing to give y'all the benefit of the doubt. Maybe you don't know how basic modern technology works. But then I realized that PowerPoint (and various knockoff PowerPoint systems) has literally been around since 1990. The Soviet Union collapsed. The world went through an entire era where the best thing on TV was American Idol. The Black Eyed Peas somehow won more than one Grammy. That is more than enough time for you to know how to work a PowerPoint. Sure, Microsoft is extra for releasing new software every other year and making you pay to get it, but nothing actually changes when they do this. PowerPoint is still PowerPoint, now just with a few more lame background options. Like Paris Hilton, presentation mode is still there. You just have to look for it.

But my parents raised me to be a considerate person and to always try and get both sides of the story. So then I had to move on to other options to try and understand what you have against PowerPoint's presentation mode?

What are you afraid of?

Are you afraid that some sort of natural disaster will happen if you can't always see which slide is on deck?

Did you not forward a 2003 chain message that said, "If you don't send this to ten of your closest friends then if you ever put your PowerPoint into presentation mode you will explode?"

Can you not handle the anticipation of your audience not being able to see which slide is next?

You're in luck if that's your reason because chances are that if your PowerPoint is more than five slides, then only about 37% of the class is actually paying attention to you in the first place. This number is drastically reduced if your PowerPoint isn't in presentation mode. Like, by at least a third. Don't even bother looking up the source for that information and just trust me. I'm here to help you. 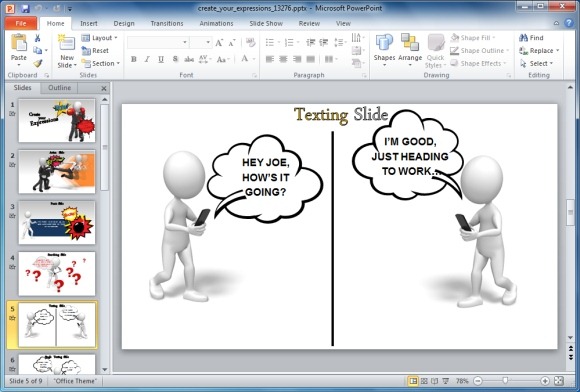 Oh, that's not your excuse? Don't worry, I've still got a few more.

Maybe your vehement opposition of clicking a maximum of two buttons to put your PowerPoint in presentation mode is your way of protest. If that's the case then what the fuck are you protesting? And why do you think that committing a crime so monstrous that it affects the earth's rotation is the best way to go about this protest? Do you want to see the world burn? I may have barely passed that one political science class that I took more than three years ago, but I'm at least 78% sure that you not using presentation mode isn't going to convince Chik-Fil-A that they should remain open on Sundays.

The only other feasible explanation for you being so against a gift that the Lord gave us is that you are the devil and, in that case, what's up, Satan? I always knew that you were behind this.

Literally Everyone with Common Sense

Related
To the Guy Blowing Drunkenly into a Harmonica at 2:30 AM: How are You So Bad at This?
Ash Davis
A Modern Report on Old People
Nicholas Hopping
I Know People Are Trying to Cut in the Vaccine Line, But I Really Am a Wisconsin Mink Farmer
Grizo Stephens
Resources