An Open Letter to Filmmakers from a Critic

I've been a fan of the cinema for a very, very long time, guys. I've seen everything, from Star Wars to that obscure Filipino-American microbudget drama-comedy-horror film from 1997 that you've probably never heard of. And because of this passion, I've taken it upon myself to write as much film criticism as I possibly could and spread my knowledge to the rest of the world: over 1,200 pieces of film criticism in the six years since I finished college, in fact. I'd say I've earned my stripes, my badge of honor in the world of film. 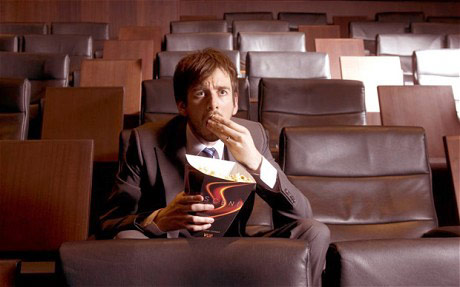 But apparently my knowledge of and passion for the cinema wasn't enough, because time and time again, I find myself under fire from the filmmakers whose work I carefully critique. It doesn't matter if I carefully and meticulously cut apart and lay out into the framework of how I would have made their films, or if I explain why a completely disposable tent-pole popcorn summer film fails because of greater cultural reasons that have nothing to do with dinosaurs fighting each other or robots blowing up aliens. You always tell me the same thing: make your own film if you're such an expert!

Well guess what, filmmakers: I don't NEED to make my own film. I have snark and a cultural studies degree.

Now, filmmakers: I'm not always going to love your film. It doesn't matter to me that you've poured years of your lives into these projects, toiling away, experiencing the occasional panic attack at the realization you forgot a key shot that there is no way to re-shoot. It doesn't matter to me that you are trying to tell a compelling story with well-rounded characters and entertaining set pieces and believable worlds. None of that matters because I'm a critic and I've got to keep the lights on: both in my studio apartment my parents are paying for and in the spotlight that shines on me for 15 minutes when I explain how I would have written Khan into Star Trek Into Darkness.

Running a blog from my laptop ain't cheap, guys! The sooner you filmmakers understand this reality, the better off we'll both be.

Let me unpack this a little further for you…

Being a film critic is like being a soldier going to war: you never know when the next opportunity to snipe out an enemy (potential OR real) will present itself. You need to be on your toes at all times, ready for anything. Whether I'm pointing out the exact failures one by one of the Star Wars prequels, or batting off any potential future accusations of racism directed at me by complaining about how there's too many white people in The Avengers: Age of Ultron, I'm always prepped for the next battle (and subsequent Silver Star that is 100,000 page clicks).

And speaking of racism, how dare you act as if I don't know what I'm talking about when I explain that your film caters to neoconservative colonialist Orientalist genocidal psychopathic Eurocentric anti-Marxist banana republic crypto-Nazi-Eskimo ideologies?

First of all, we live in the age of postmodernism where it's laughable to think that the artist even KNOWS what he or she is trying to say with their work. And second of all, I'll have you know that I went to school for five years and summer semester to accumulate all of this knowledge of the world through a purely abstract and theoretical lens. I'm worldly, well-read, and could totally do what you do if I even wanted to. Too bad my ideas are too complex for that, otherwise you'd be doing what I'M doing.

You know what? I don't even need this and I don't need to enact the labor of even trying to get through to you people. I'm so over it. I'm a successful person and just because you pursued your dreams and succeeded and I stopped writing after my introductory fiction teacher gave me negative feedback is not the point! What I'm doing is important and what you're doing is trite and racist and stupid and I'm just better than you!