Let's be honest, it's the only thing more respectable than 18 Olympic Gold Medals.

Even by homo sapien standards, Secretariat was a great athlete. Yes, he was a horse, but still. Recently I spoke with the 1973 Triple Crown winner. I sought his opinion on who he thought were the five greatest athletes of all-time.

“Michael Jordan was in the top five,” the horse told me from his grave. “You have to throw Wayne Gretzky in there. Wilt Chamberlain scored 100 points in one basketball game. That alone makes him inhuman. Put Babe Ruth on the list even though his personal life was despicable and his baseball pants were too baggy. The fifth would be me, of course. I won the Belmont Stakes by 32 lengths to become the first horse to win the Triple Crown in 25 years. All those people who say a horse should not be considered an athlete know nothing about animals and are insensitive.”

Horses may or may not be smart. It's a research project to figure this out. But let's run with this as a given: they're smarter than sheep but less smart than gorillas. Sec's top five were almost spot on. But he made one glaring error. Forgive him. He's a horse. He did not name Michael Phelps, who won 18 Olympic Gold Medals in swimming. Phelps is the best athlete of all time.

More importantly, Phelps recently announced he is going to marry Miss California. What a brunette bombshell she is. Shocking he would go for a beauty queen. 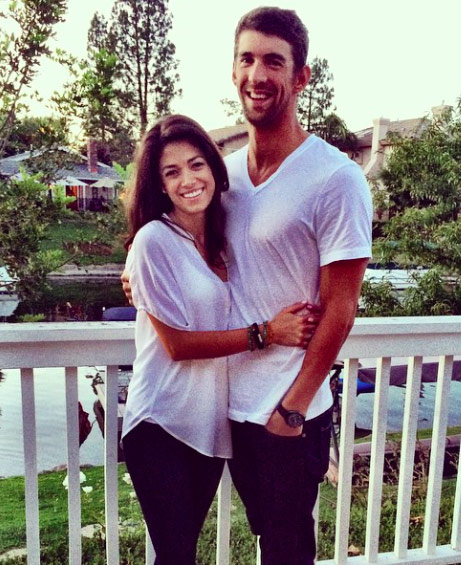 Men out there, I ask you: Would you rather marry Miss California or win 18 Olympic Gold Medals in swimming?

We know these truths to be self-evident. Much more important than what a man accomplishes as an athlete is who he marries. This is especially axiomatic if he gets betrothed to the biggest bombshell in California, where 80 million women live. Marrying Miss California is worth a thousand Olympic Gold Medals.

It would be controversial but cool if Michael embarked on a rampage sort of like the way he swam butterfly and didn't lose in that event for 15 years to anyone on Earth including a few formidable Europeans. The rampage would be a different kind of sport. But it would keep him interested in life after spending several years after retiring saying he has been bored with his life. This caused him to get into some legal troubles and commit a few indiscretions.

His goal should be to surpass his record of 18 gold medals by marrying women in 19 different states who won their state's beauty contests. Follow the trek…

After a few weeks being married to Miss California, he could dump her and catch a short flight over to Arizona and marry Miss Arizona. It's a guarantee she's tan and beautiful. All Miss Arizona's spellbind with their looks. They don't live in sub-zero climates and have to stay inside nine months a year. Their tans are from the sun in the sky rather than the lights sizzling their skin in tanning booths, which look like caskets except tube-shaped as opposed to rectangular, real caskets.

After a few weeks frolicking with Miss Arizona, Phelps would tell Miss Arizona to get lost. Onward he would move, working his way through the Midwest. A marriage to Miss Kansas would take place on a vast cornfield where nothing except corn could be seen for 20 miles. Phelps could joke with the wedding crowd that he used to swim 20 miles every day until he started marrying a swarm of honeys from each state in a serial and disconcerting, but well thought-out fashion.

Enamored by his celebrity status, Miss Kansas would marry Phelps without getting to know him well. Big mistake. Once he started talking about his swimming career, and the hundreds of millions of laps by himself staring at a black line on the pool floor en route to 18 Gold Medals, she would find listening to him tedious. Devoid of even a scintilla of interest in swimming, she would divorce him. The divorce paperwork would be a nuisance for both of them. It always is.

Although shaken, Phelps, ever the competitive athlete, would continue his rampage. One by one he would marry and divorce Miss Ohio, Miss Nebraska, Miss Oklahoma, and others from the Midwest. It has never been clear exactly which states are considered part of the Midwest. So this will get messy and confusing for Michael to keep track of.

For his 19th and record-clinching marriage, he will regain clarity when he returns to his homey state of Maryland. There he will marry Mr. Maryland, his all-time greatest swimming friend and foe, Ryan Lochte.

Belinda Jenner will be bummed.

Related
New York City Sights to See During Your Next Emotional Breakdown
Julia Claire
No, I Didn’t Name My Child Michael Jordackson So He’d Aspire for Greatness as an NBA Player or World-Renowned Musician
Robert Criss
Fact or Myth? Setting the Record Straight on Miles Davis
Michael Leonetti
Hold on Boys, I Can’t Break This Ancient Curse without My Tank Top!
Sara Costello
Resources