There, I said it. Do I have to explain myself? OK, FINE.

"You're not on Twitter!?" People look at me like I still have Tom in my Top 8. Suddenly I'm Stone Age, old school, even a little rebellious. I'm an outcast, a recluse. I think I'm just misunderstood.

Now don't get me wrong, I both acknowledge and value your concerns. It is a little strange for an overly-opinionated, 24-year-old public relations major to purposely avoid a digital communication spectrum that has single-handedly transformed the way people converse and organizations operate. 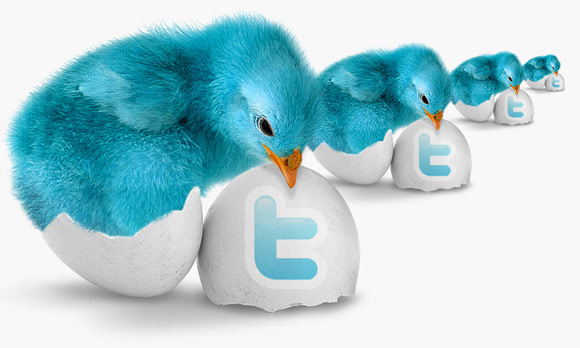 I fully appreciate the wide-ranging benefits Twitter offers hopeful celebrities attempting to promote their own brand, and businesses striving to reach a broader audience while creating a system of two-way communication designed to further each party's needs. I recognize Twitter's numerous features allowing users to transmit information, access instantaneous news, stay in touch with their favorite personalities, and interact with their friends.

Habitually I'll encounter something in my everyday life that prompts me to think, "I'd tweet that." At this point, I'm only fooling myself. Still, I can't convince myself to take the leap.

To me, Twitter is the kid in high school you despised for no reason. You couldn't explain why, all you knew is you were secretly hoping he jumped in a mud puddle or moved to Nebraska.

Okay, well maybe I can elaborate a bit.

The behavior of the Twittersphere is troubling. Whether it's the desperation Tweeters begging for followers with promises they will follow back or the keyboard-courageous strong-arms using Twitter as a platform to verbally attack celebrities, the conduct of many consumers just seems childish. And while I understand the basic notion that you choose whom to follow, this "invited cyber stalking" is a little excessive, even for my friends or celebrities I'm genuinely interested in. Twitter is like TMZ on steroids, except now you don't have to hide in the neighbor's bushes to see Khloe Kardashian's new shoes. And I love all my friends, but is it really necessary to share every mindless thought or minor detail about your life with the world? If I wanted to know what you had for lunch, I'd just ask. Instead, I'm slapped in the face with an un-clever tweet accompanying a randomly filtered picture of a Denny's club sandwich, forced to stagger through 16 needless hashtags along the way.

Besides, why the hell are you ordering a club sandwich from Denny's? If you go to Denny's, regardless of the time, you order breakfast. I think that's in the Bible or something.

Nonetheless, I find myself unconsciously intrigued by the Twitter conversations surrounding me. "I can't believe what Deion Sanders tweeted today," I'll overhear, to which my friend responds, "Yeah that was crazy." While I could easily let the conversation die there on its own accord, I naturally, at the fear of being excluded, join the discussion and inquire as to what he tweeted. They reluctantly tell me, while implying that it takes less than a minute to sign up for Twitter, but I don't stop there. I request the entire background leading up to the tweet. I need to know who said what before and afterwards, and if anyone else tweeted about that tweet. I'm like the guy who wants to know every detail about the movie you're talking about. At some point, somebody is going to say, "Just go watch the fucking movie."

The thing is, I think I'd be a good tweeter too. The level of creativity required in crafting a masterful tweet, both witty and informative, while balancing a 140-character limit is fascinating to me. I've often stumbled upon or heard of attempted shrewd tweets in which I've either nodded my head in approval like Robert Redford in Jeremiah Johnson or attempted to reconfigure the language to allow the tweet to reach its full potential. Habitually I'll encounter something in my everyday life that prompts me to think, "I'd tweet that." At this point, I'm only fooling myself.

I guess I'm hesitant because I'm afraid of change. This is coming from the guy who's stuck with the same backpack, email address, and cologne since I was 12 (because let's be honest, the extra splash of Curve Crush before leaving the house was most certainly responsible for that over-the-pants handjob during The Scorpion King in ‘02). I've had the same pair of basketball shoes for six years, and I rode with the original Blackberry until it finally broke last summer. Shit, I cried when my second grade bus driver was different from my first grade bus driver. Dolores was a great woman, and nobody ran through her flashing stop signs without catching a wrinkled middle finger, a screeching beep, and a belligerent "Fuck you!" Her dismissal from the school district suddenly makes more sense.

After I discovered that Matthew Berry, ESPN's Fantasy Football Analyst, actually lived in the same freshman dorm and on the same floor as me at Syracuse University when he attended there in the late 1980's, I instinctively texted my freshman year roommate and instructed him to tweet at Mr. Berry to see if we could find out if we had lived in the same room (which would partially explain my God-given fantasy football talent). Now I'm living vicariously through active Twitter users. This is starting to get ridiculous.

So here I stand, caught between a rock and a hashtag, unwilling to bite the bullet and succumb to the Twitter lifestyle, yet equally intrigued by the unavoidable and likely delusional allure of my potentially immense web presence. My stubbornness may ultimately push me over the edge, but for now I'm content with not knowing that you passed on the Denny's Grand Slam.

Anyway…who wants to check out my Snap Story?

Related
Take Your Eyes Off Twitter and Do Your Fucking Lifeguarding Job!
David Brinn Silly
Highlights From Squanto’s Plymouth Colony Twitter Feed
Rowdy Geirsson
Five Zoom Habits That Say “I’m Actually a Sailor from the 17th Century and I Must Return to My Time”
McKayley Gourley
Resources