You haven't washed your jeans in a while, and that's ok, because you know advanced English.

It may sound weird to find a "foreword" in start of an article, but it's of vital importance here, something similar to the "demand of scene" which we observe getting fulfilled in the Hollywood movies and in result, utterly "satisfying" visuals for many of us appears on screen.

Writing about woman and topics related to them is one of the most difficult tasks which do exist. It's become even more challenging for a person like me, being member of a very conservative society where a fairly close male vs. female interaction is generally allowed in post martial situations only provided that everyone around you has been slept or at least pretending to be sleeping.

However, I am the lucky one who enjoyed luxury of watching and observing woman from a distance of less than a yard. I want to ensure all the female readers that I have got no prejudice in my mind whatsoever, I totally believe in equality of men and women! And I am even against the separate convoking of Olympics!

No doubt, Jeans has become one of the most celebrated and popular article in casual clothing, which got invented in 1873 fewer years later, than the discovery of "Genes," however almost everyone, including those, who never owned a pair themselves know about them, but don't know much about "genes" though their bodies contain uncountable of them, this confirms the great impact of spellings. Both, Jeans and Genes sound similar, but the small difference in spelling has thrown the "genes" out of contest!

Originally commercial production of jeans was initiated for workers with dirty jobs like miners and cowboys, but now it's equally popular among men, women, and those who are still confused. Not only in the Europe and America, use of jeans is also very popular among the youth of developing countries like Iran and China, remember that people in China can be counted in youth up to that age, when their non-Chinese counterparts usually don't find any teeth in their mouth to break nuts.

China itself held a huge Jeans manufacturing business which is known more for its bad safety standards rather than good quality. Here I want to clarify that I love Chinese people, their friendliness, and their culture, with exception of some reptile-based foodstuff only. According to the financial forecasts Global Jeans market is going to reach $56 Billion by year 2018, almost ten times of the total United Nations budget of $5.5 which got approved for the year 2014/15. As the titles reads, you can learn some interesting information about women jeans ahead! 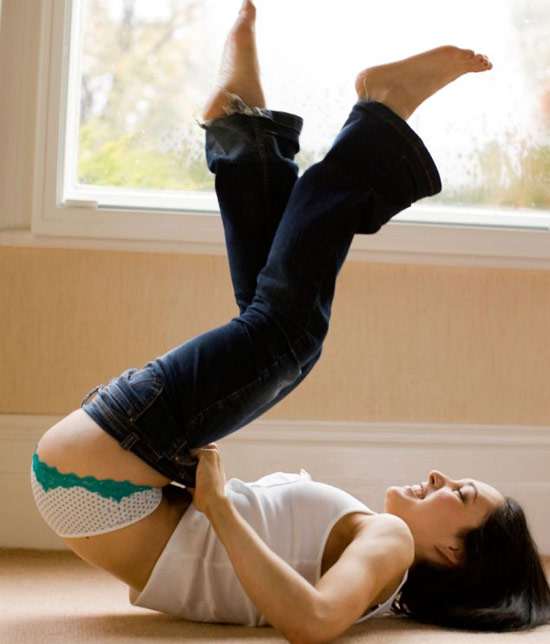 Ladies in jeans look hot, perhaps that's the reason because of which recently a local self government institution (Panchayat) has banned its use for women across the 46 villages of Uttar Pradesh, which is one of the largest states in India. According to the so called Jewry, such kind of woman clothing provokes sentiments of "innocent" male residents. Perhaps, in future some decisions like, the ban on cats and bitches from keeping their tales up can also be expected.

Although the below mentioned strategically and intentionally damaged kind of jeans are never witnessed in countries like India, but still they have a strong argument that "Our mothers never incorporated such clothing" what I believe, it's also one of the reason because of which such idiots with having a mindset of post dinosaurs society were bored out of them.

Definitely we don't have much time to discuss about the illiterates thoughts so coming on to the point, it could principally be said that, there are two kinds of jeans:

The above mentioned two kinds of jeans can be acquired in several styles and cuts according to your measurements. It's really amazing that, woman of almost any shape and size can find one that suits them. If you are one with lesser mass on your rear end then a pair of jeans can really help in creating some illusive cuts! Usually, a carefully selected pair of jeans on a women's abdomen is liked by the guys in surroundings to a degree more than that of subject's own likeness.

2. Beneficial for "Certain" Kinds of Men

Ladies jeans are among fewer wearable items which can be consumed unnoticeably by their opposite sex counterparts as well. Some other similar products are socks and under wares. For cross-dressers with normal feeling it's perhaps the most suitable way to relieve their cravings by wearing their female cousin's pair of jeans. Cross-dressers with more intensified cravings can try out one of their girl friend's jeans, and for getting those feelings relieved which may arise due to wearing a lady's paints they can consult with a "toy" store.

3. Jeans Prevents You from Getting Raped

This amazing discovery was made back in 1999, during proceedings of a rape case in apex court of Italy. It's a matter of fact that, sometimes removing or in other words getting yourself rid of jeans involves physical movements and steps which are usually recommended by cardiologists for patients with a fouling heart!

While hearing a rape case, the judges revealed that it's not possible to remove a girl's worn pair of jeans without her consent, and on the basis of that "strong" point court dismissed charges of rape against the alleged, driving instructor who fell short of containing his own drive and somehow managed to take a ride of her innocent 18 years old student. In other words, according to the Italian courts, their men are too weak to pull out a pair of jeans! What a pity…

A Jeans biggest benefit includes the possibility of their prolonged use without washing. According to some highly reputable and authoritative industry experts, a dirty pair of jeans is better than that of a cleaner one. In a press conference, Levi's chief said:

"These jeans are maybe a year old. These have yet to see a washing machine. I know that sounds totally disgusting. I know it does. But believe me, it can be done. You can spot-clean it, you can air dry it, and its fine. I have yet to get a skin disease or anything else."

Similar thoughts were extended by Tommy Hilfiger as he revealed:

Though! Please remember it doesn't means at all that you need to keep yourself dirty for becoming a great designer! Faded colors, wears and tears all are the elements because of which clothes are abandoned usually. However in case of a pair of jeans, all such factors actually make it a more typical jean. More generous girls are used to keep such "defects" in some strategic locations, to relieve or in some cases to elevate the hunger and thirst of their male counterparts!

Ladies jeans come in various colors, ranging from conventional blue to the drizzling pink. Sharper color jeans are better in a way that they can be used for several weeks and months without washing, such unwashed jeans can also help in keeping the unwanted people away from you. Jeans can also prove to be very cost effective as they don't usually require the process of ironing! Maybe because a closer contact with your "hot" body remains quite enough to get the job done….

Related
I’m Furious About What’s Happening in Our Country But I Have a Doctor’s Appointment On November 6th and Can’t Make it to the Polls
Terry Heyman
7 Incredible But True Dog Facts That Won’t Save You From the Completely Unforeseeable Collapse of the Coal Industry in the US
Matt Rotman
Kid Review: Ranking the Carpool Options on the Block
Gregory Alesso
Resources